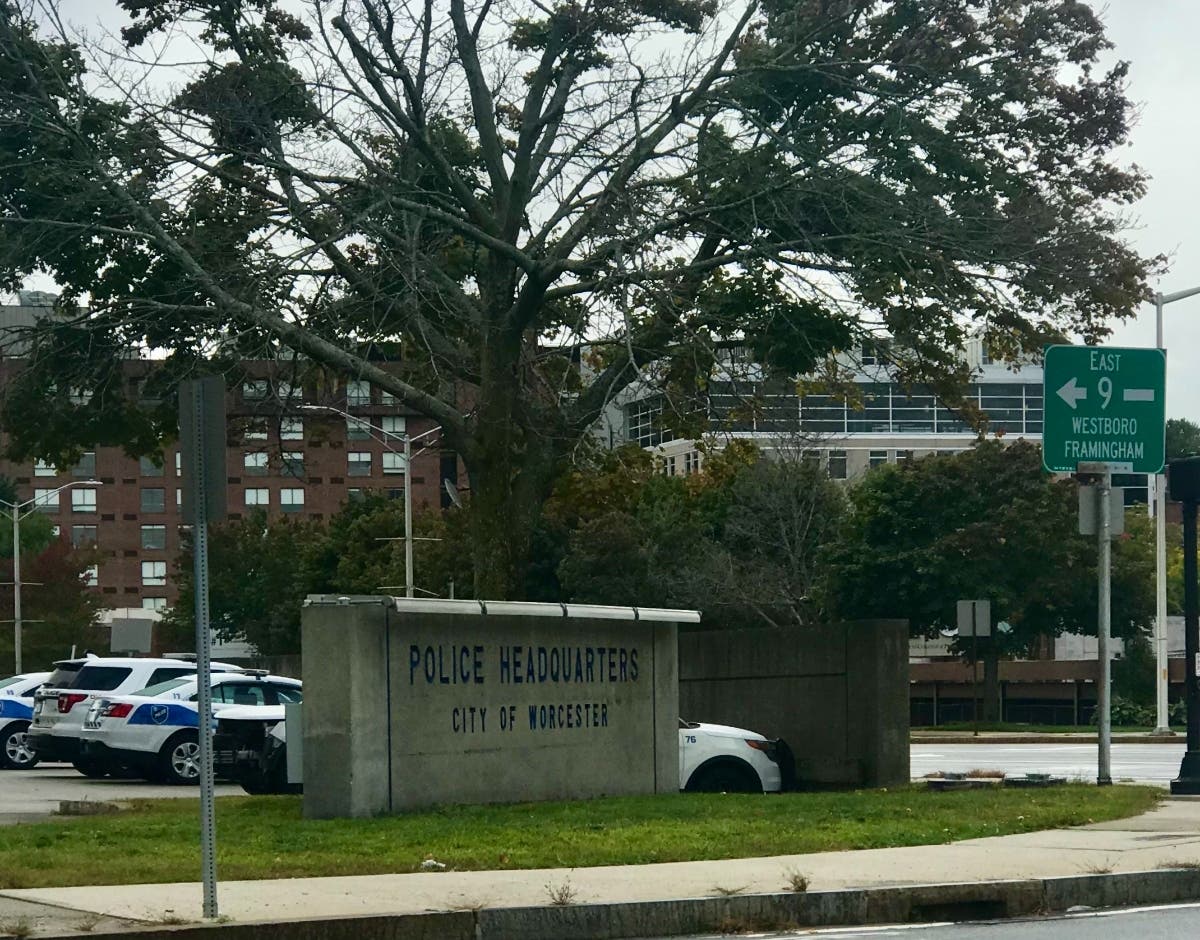 WORCESTER, MA — The public was prevented from participating in recent Board of Health discussions about police reform following internal deliberations between the city attorney, police leaders and health department staff, emails show.

Days before an Aug. 24 Board of Health meeting featuring top police officials, City Solicitor Michael Traynor advised health department leaders they did not have to hold a public hearing to discuss 12 police reforms suggested by board member David Fort.

With that opinion, Board of Health Chair Edith Claros had the discretion to allow public comment during the meeting. Claros did not open the meeting for public comment, but did make an exception for the police union president.

“The chair has the discretion to accept public comment — or not — on any agenda item,” an Aug. 20 memo from Worcester Division of Public Health Director Karyn Clark read. “[Claros] is not interested in a [police department] berating as recently done at [City Council] meetings.”

The August meeting was just one in a series of confrontations between Claros and Fort over his police reform suggestions. The disagreements began at a June meeting when Claros cast the lone no vote against sending Fort’s police reform recommendations to department leaders. Claros also called Fort’s suggestions divisive and criticized him for not creating them in collaboration with the whole board.

Worcester police Chief Steven Sargent and other top leaders were invited to speak to the Board of Health at the July 13 meeting, but canceled — a move Fort questioned.

On Aug. 18, Traynor sent a memo to health department leaders saying the Board of Health has no jurisdiction over individual departments, so a public hearing on Fort’s recommendations would be outside its scope.

“[I]nquiry into the administration and management of a city department, including its policies, is not a legally cognizable authority of the Board of Health,” Traynor wrote. “The Board’s conduct of a public hearing for the purpose of reviewing the Worcester Police Department’s existing policies or to urge adoption of new policies is no more germane to the Board’s role and authority than if a planning board were to hold a public hearing to discuss proposed changes to Title V of the state Sanitary Code.”

A member of the health department staff sought Traynor’s advice about holding a public hearing before the Aug. 24 meeting, but a city spokesperson did not specify why.

“As a matter of practice, all city personnel are encouraged to seek guidance whenever there is any uncertainty, or they need further clarification on any matter,” spokeswoman Amy Peterson told Patch. “The City Solicitor is called upon frequently across all municipal departments on a variety of matters to offer guidance, ensuring that procedures are being followed and carried out lawfully.”

One member of the public, Worcester police union president Richard Cipro, was allowed to speak at the Aug. 24 meeting. Clark, Sargent and Cipro exchanged emails prior to the meeting to ensure Cipro could speak, according to documents. Cipro used his time to criticize Fort and tout the department’s success in fighting crime and training officers.

“You have no idea how the WPD operates,” Cipro said, later suggesting Fort should step down if he wasn’t going to use his position on the board to confront issues like the coronavirus and opioid crisis. Board member Chareese Allen spoke up for Fort after Cipro spoke as Claros attempted to cut her off.

Other emails surrounding the Aug. 24 meeting show negativity toward public comment on police matters, and about Fort’s push for reform.

In one email, Deputy Chief Sean Fleming referred to public comment as “meaningless,” and referenced City Council meetings over the summer where Defund WPD members flooded public comment to criticize the department. The emails also touch on the June meeting, when Cipro was unable to submit comments about Fort’s recommendations.

“May we suggest that all the other city meetings including the City Council adopt the same posture in disallowing meaningless public comment,” he wrote, referring to Cipro not being allowed to speak at the June meeting.

In one email, Deputy Chief Ed McGinn, who spoke at the Aug. 24 meeting, criticized the Board of Health’s priorities.

“[COVID-19] last on the agenda. High priorities clearly. Lead the cops to slaughter then discuss the virus crisis of our lifetimes,” McGinn wrote, referring to the order of items on the agenda.

In an exchange between Sargent and Clark, she told the chief she was working to “move us through and past this upcoming meeting.”

“I know you all have so much on your plate, I am disappointed that the Board is adding to it,” Clark responded. “This has really gotten out of hand and [Medical Director Dr. Michael Hirsh] and I are horrified. This is not how people come together if they want a real dialog.”

Tension among Board of Health members only escalated after the August meeting.

At the Sept. 14 meeting, Fort asked Claros step down as the board chairwoman over her handling of the Aug. 24 meeting. On Monday, the board held a vote of no confidence in her leadership. Her term ends on Dec. 31.