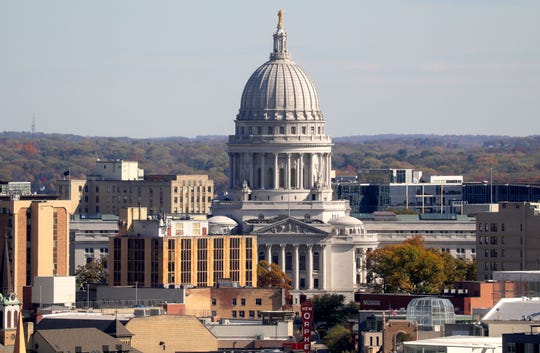 The claim: “Wisconsin Republicans have not passed a single bill in 6 months.”

The stalemate between a Democratic governor and a Republican-dominated Legislature has left Wisconsin without a clear path forward to address the coronavirus pandemic.

Gov. Tony Evers has declared multiple states of emergency to implement a stay-at-home order and mask mandates. Republicans — who have a stranglehold on both Legislative houses — have challenged those in court, once successfully.

But they have chosen not to overturn Evers’ orders themselves, despite having the authority to do so.

One viral Facebook post goes a step farther to say Republican legislators haven’t done anything at all of late.

“Wisconsin Republicans have not passed a single bill in 6 months,” says the Oct. 4 post, which is a screenshot of a tweet from the day before.

The post goes on to criticize Republicans for pushing back against Evers, saying they haven’t “done a single thing” to slow the spread of COVID. (That’s not accurate, as Republicans did pass a COVID-19 relief bill early in the pandemic.)

But let’s focus in on the timeframe claim.

Amid a global pandemic that has fundamentally changed society throughout 2020, has the Legislature really not passed a single bill in half a year?

The most recent law passed through the state Legislature came in April. The Assembly passed a COVID-19 response bill on April 14, and the Senate passed it a day later. The wide-ranging bill addressed unemployment, health care, education and government procedures in the wake of the pandemic, many provisions of which applied only during the first public health emergency that was declared by Evers in March.

That was more than five and a half months before this Facebook post. So the reference to six months is pretty much correct.

The Legislature has taken up no legislation since then. The only other action came Aug. 31, when legislative leaders held a pro-forma special session for a less than a minute without addressing police use-of-force legislation that Evers urged them to take up.

But let’s take a little wider view before we rule on this claim.

The Legislature is a cyclical body, and a lengthy period of inaction this time of year is actually normal. The Legislature typically adjourns in spring of an election year and doesn’t come back until the new calendar year, and the 2020 calendar approved for this year back in January 2019 was no different.

Of course, this year is anything but normal. 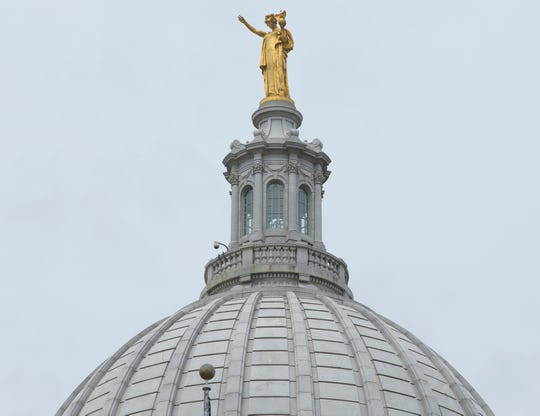 Wisconsin’s Legislature is one of 10 in the nation that is considered full-time. (Photo: Mark Hoffman, Milwaukee Journal Sentinel)

So a better gauge may be how other state Legislatures have responded to the coronavirus.

And Wisconsin lawmakers have been among the least active in the country, according to a database of all COVID-related legislation across the country maintained by the National Conference of State Legislatures.

The bill passed in mid-April is the lone piece of coronavirus legislation adopted or enacted here, as nine other proposals failed. Only three states have done less, as North Dakota, Texas and Montana have passed no bills. Indiana has also passed one.

Nationally, 810 COVID bills have been adopted or enacted by state legislatures, led by 71 in Louisiana, 51 in California and 50 in New Jersey.

In many respects, it would be fair to hold Wisconsin to a higher standard of action, since it has a full-time Legislature. The national conference says Wisconsin is one of 10 states it considers full-time, meaning legislators work 80% or more of a full-time job, have large staffs and are paid enough to make a living without needing outside income.

A Wispolitics.com analysis found Wisconsin has done far less than the other nine during the pandemic.

The Assembly and Senate have met just twice since the pandemic began — for each house to pass the April COVID bill. The other states have met an average of 38 times, with only Illinois (nine meetings) coming in at less than 20.

It’s important to note, however, that seven of the nine other full-time legislatures are in states with an annual budget (as opposed to Wisconsin’s biennial budget), meaning they need more floor sessions to pass that each year.

Kit Beyer, a spokeswoman for Assembly Speaker Robin Vos, R-Rochester, noted that while the Legislature has not been in session, legislators have other work as well. In the past six months, she said, legislators have worked to help constituents with issues like getting unemployment benefits and have continued to meet in committees to prepare future legislation.

We rate this claim TRUE based on our research. The timeframe is largely accurate. It’s been more than five and a half months since the Legislature passed any bill.

It’s not unusual in an election year for the Legislature to adjourn from spring until the new year. But the Wisconsin Legislature’s inaction is unusual for this year, as lawmakers have done less than almost any other state to address the pandemic despite being one of just 10 full-time legislatures in the nation.

Thank you for supporting our journalism. You can subscribe to our print edition, ad-free app or electronic newspaper replica here.

Our fact check work is supported in part by a grant from Facebook.