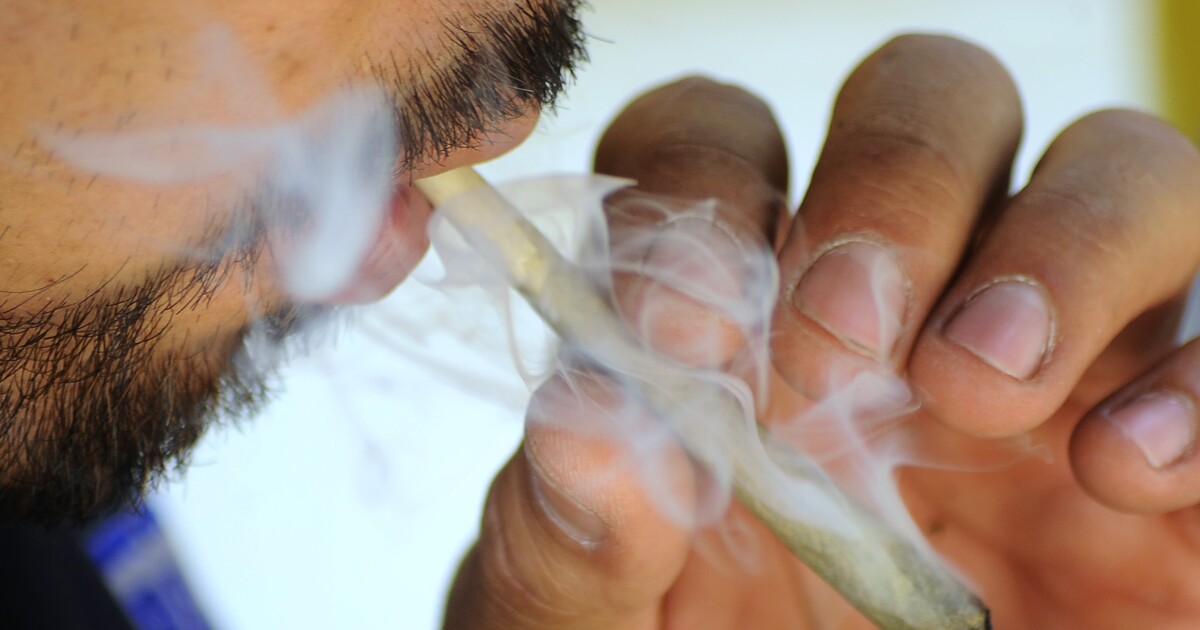 Mexico’s marijuana revolution is on display steps from the nation’s Senate, where for the last nine months activists have maintained a fragrant cannabis garden.

Each day, hundreds of people stroll amid a labyrinth of towering green plants, freely lighting joints and getting high.

Their wafting smoke is meant to serve as a reminder to senators, who have to walk through the plumes to get to work. Lawmakers have until Dec. 15 to pass pot legislation under orders from the Supreme Court, which two years ago struck down a marijuana ban as unconstitutional.

After decades of restrictive drug policies that fueled deadly cartel wars, Mexico is poised to become the biggest legal cannabis market in the world.

“You have a broad spectrum of people who want to be involved,” said Avis Bulbulyan, a Glendale-based consultant who has advised several U.S. weed companies looking to expand to Mexico. “The question becomes: ‘Who gets to profit off this?’”

A bill that would allow private companies to sell marijuana to the public is likely to pass in the Senate within two weeks and then go to the lower house of Congress, said Senate leader Ricardo Monreal.

The activists who planted their first marijuana crop in February next to the Senate have criticized an early draft of the legislation as unfairly favoring big business. One stipulation is that commercial marijuana be traceable from seed to sale, which would require expensive, high-tech testing that would be cost-prohibitive for smaller growers.

The draft law also limits individual growers to six plants and requires anybody who wants to consume to obtain licenses from the government.

Pepe Rivera, whose Mexican Cannabis Movement is behind the protest garden, said such restrictions amount to a form of prohibition and would result in the continued criminalization of consumers.

Alejandro Madrazo, a researcher at Mexico’s Center for Economic Research and Teaching think tank, said lobbyists from Canada and the United States have played an outsized role in shaping the legislation, which he says would create an “elite gourmet market” that would benefit big corporations and upper-class users.

“It’s basically revitalizing prohibition for the poor but carving out a legal market for big businesses,” he said.

Monreal denied that large companies have dictated the terms of legislation.

“There has been a lot of interference … transnational companies that have wanted to influence our decisions,” he said. “But we make the final decision.”

The different parties have been unified on one front: All claim that legalization will reshuffle the criminal landscape and reduce the cartel-related violence convulsing the country.

Security experts, however, say that is far from certain.

Pot still plays a major role in the Mexican drug trade, but its importance has been diminished as legalization in Canada and several U.S. states has dramatically reduced the demand for Mexican pot.

These days, drug enforcement agents regularly discover specialty strains of retail-quality cannabis grown in the United States that is being smuggled into Mexico.

Some analysts say that marijuana traffickers will simply find new illegal ventures. Mexico’s cartels have already been diversifying into human smuggling, fuel theft and agricultural industries such as the avocado trade.

Advocates for legalization are on firmer ground when they argue that it would free up police to focus on more serious crimes and greatly reduce pressure on the country’s penal system, which houses around 200,000 inmates.

A survey of 821 federal prisoners by the Center for Economic Research and Teaching found that nearly 50% of inmates had been sentenced for drug crimes.

Almost 60% were incarcerated for marijuana possession, compared with 27% for cocaine. Four out of 10 had been arrested for possession of illicit substances they said were worth less than $25.

Cannabis arrived in Mexico in the 16th century, when Spanish colonial authorities used hemp to make ropes and sails. By the early 20th century, the country had banned marijuana.

That began to change a decade ago, when lawmakers decriminalized possession of small amounts of cannabis and a string of lawsuits challenging prohibition made it to the Supreme Court.

In 2018, the court overturned Mexico’s ban on recreational use, saying individual liberty outweighs any potential downsides.

“The effects provoked by marijuana do not justify an absolute prohibition of its consumption,” the court said.

It also ordered lawmakers to change articles of a health law that prohibit marijuana consumption.

Numerous delays have left users in a legal gray area, because while the Supreme Court has in effect decriminalized the drug, there are still no laws regulating its recreational use.

Lawmakers who support legalization recently brought a joint as well as a small marijuana shrub into a legislative session, and authorities have not intervened in the garden outside the Senate, which now boasts around 1,000 plants.

At the same time, activists say users are still regularly arrested or forced to pay bribes to police for marijuana possession.

Medical marijuana patients are in a similarly murky situation. In 2017, after a separate Supreme Court mandate, then-President Enrique Peña Nieto signed a decree legalizing cannabis for medical use. The government has stalled in implementing necessary regulations, and the drug remains out of reach for many patients.

“There is not enough political will,” said Raúl Elizalde, whose daughter, Grace, became a poster child for medical marijuana, which helps treat her epilepsy.

Elizalde, who is the CEO of a firm that hopes to sell medical marijuana in Mexico, said that provisions for medical use of cannabis probably will be included in the legislation Congress is considering.

Even if a law is approved by Congress, a big question mark is President Andrés Manuel López Obrador.

Activists assumed he’d be an ally given his campaign pledge to consider ending prohibition and his pick for interior minister, Olga Sánchez Cordero, who is a former Supreme Court justice and vocal advocate for legalizing marijuana.

But López Obrador, an evangelical Christian with a conservative streak on social issues, also takes great stock of public opinion, and polls have shown that 60% of Mexicans oppose legalization.

Since taking office, he has been largely silent on the issue, while his government has run advertisements that recall Nancy Reagan’s 1980s anti-drug campaign. “With drugs, there’s no happy ending,” the ads warn.

“We had high hopes, but we don’t have a clear message from the president,” said Mariana Sevilla de los Rios, the founder of a group called Mexico Regulates.

If a bill is not signed into law, the Supreme Court could strike the marijuana prohibitions from current law.

In the meantime, activists in the marijuana garden continue their campaign to make cannabis seem as innocuous as any other plant in this verdant metropolis.

Since the pandemic hit, they have been limiting how many people can enter the garden. Visitors have their temperature taken and are given 30 minutes to roam and smoke.

On a recent cool afternoon, as reggae played from a speaker, Omar Emiliano Velasco Hurtado, a 23-year-old merchant marine from Veracruz state, shoveled dirt to create a walkway between two clusters of plants.

“I just wanted to see what it was like to come and smoke a joint in the middle of the city,” he said. When he heard there was work to do, he happily volunteered.

After laboring for a few minutes with a group of other volunteers, he stopped and raised a joint to his lips.

He turned to a new friend and asked a question: “Do you have a light?”

Cecilia Sanchez in The Times’ Mexico City bureau contributed to this report.