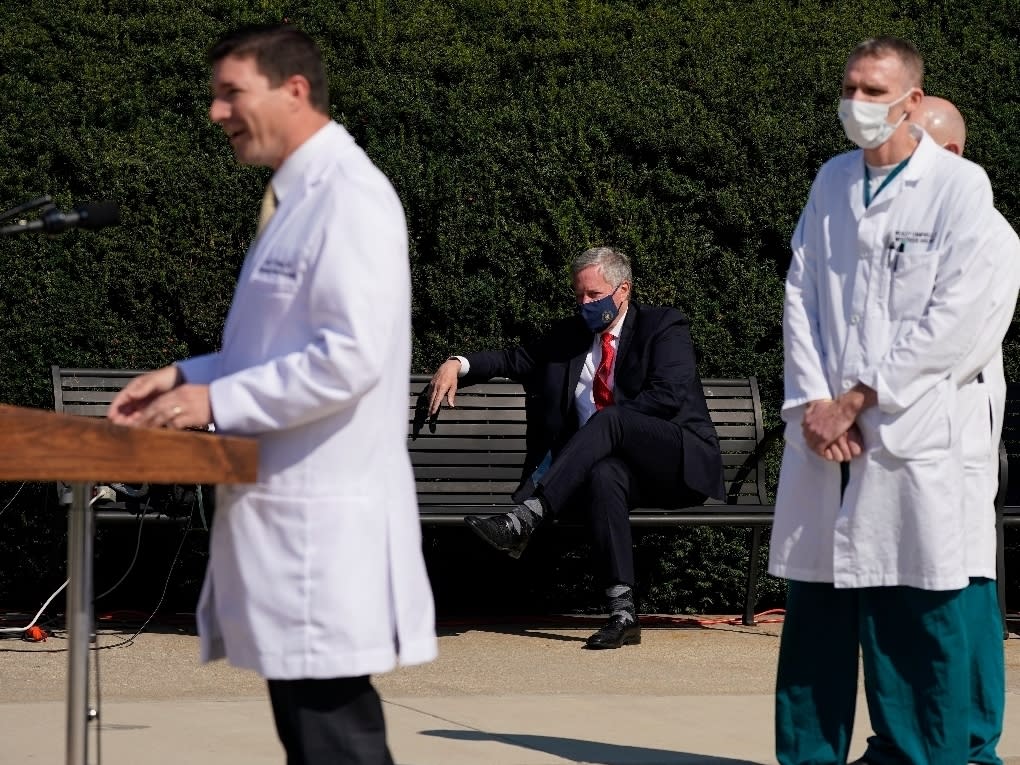 DOYLESTOWN, PA — The White House physician tasked with monitoring and giving updates on President Trump’s condition since he tested positive for coronavirus on Thursday was born and raised in Doylestown.

Conley graduated from Central Bucks High School East in 1998, a school district official confirmed Monday. In 2002, he went on to enlist in the ROTC at the University of Notre Dame. The Navy veteran then enrolled at the Philadelphia College of Osteopathic Medicine, obtaining his professional doctoral degree in 2006, according to healthgrades.com.

Since Trump tested positive Thursday, Conley and his team of physicians have monitored the president’s condition closely. Before being taken to Walter Reed Medical Center Friday, the president was given an experimental antibody cocktail developed by biotech company Regeneron.

A White House pool report released Saturday cited an anonymous source “familiar with the president’s health” who said Trump’s vital signs over the previous 24 hours “were very concerning and the next 48 hours will be critical in terms of his care. We are still not on a clear path to a full recovery.”

In a press conference Sunday outside Walter Reed Medical Center, Conley said the president’s condition has improved over the past several days despite being administered oxygen on two different occasions and experiencing a high fever on Saturday.

“As with any illness, there are frequent ups and downs, particularly when a patient is being so closely watched 24 hours a day,” Conley said.

Dr. Brian Garibaldi, who serves on Trump’s medical team, said the president could be discharged as early as Monday.

This article originally appeared on the Newtown Patch