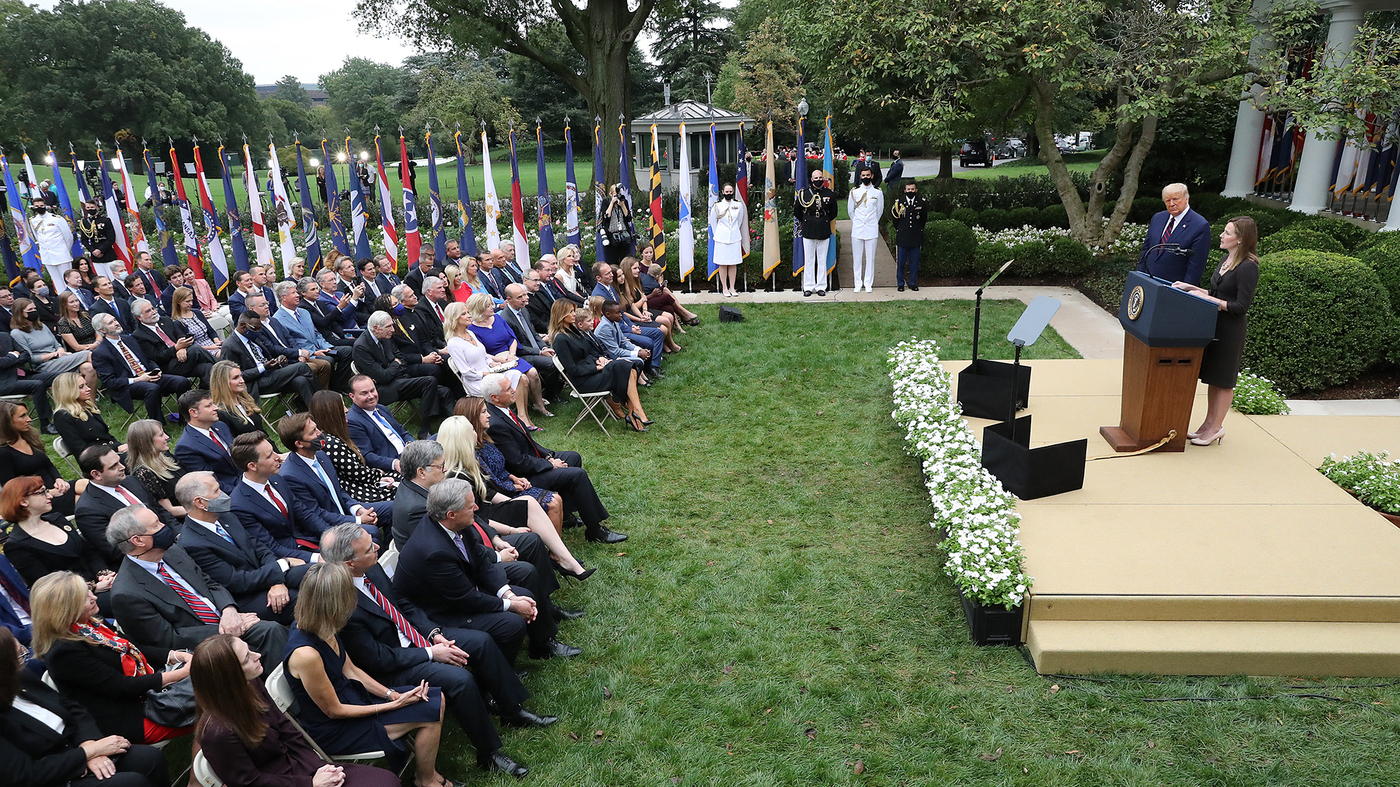 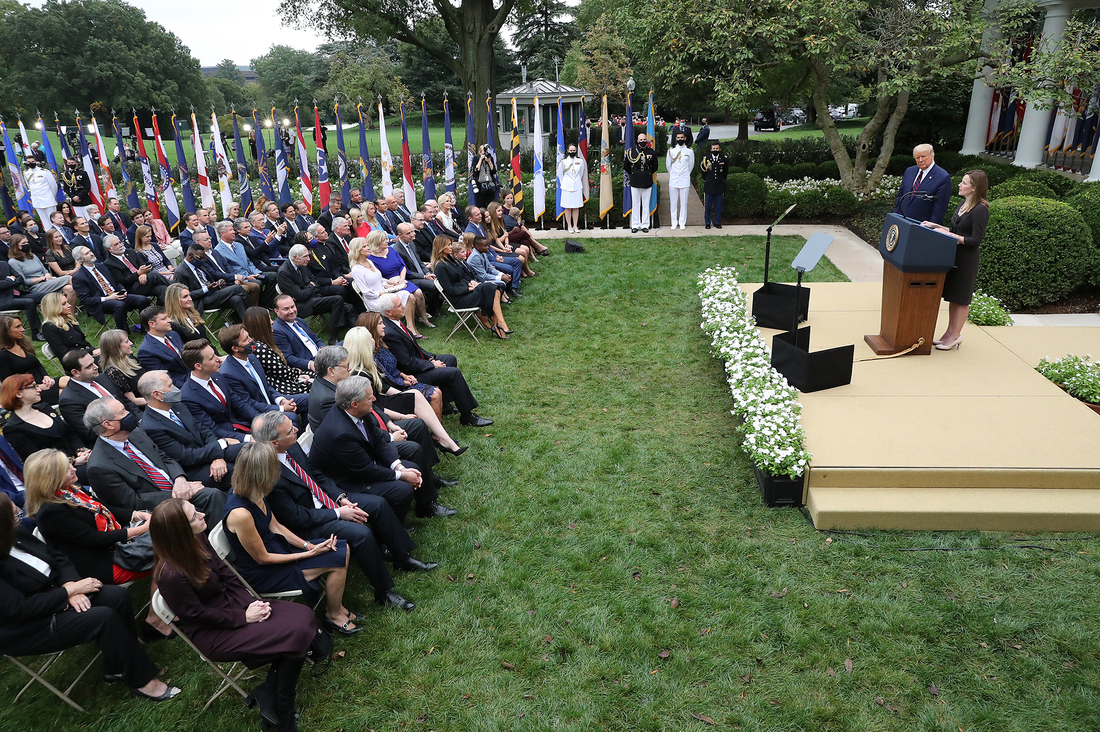 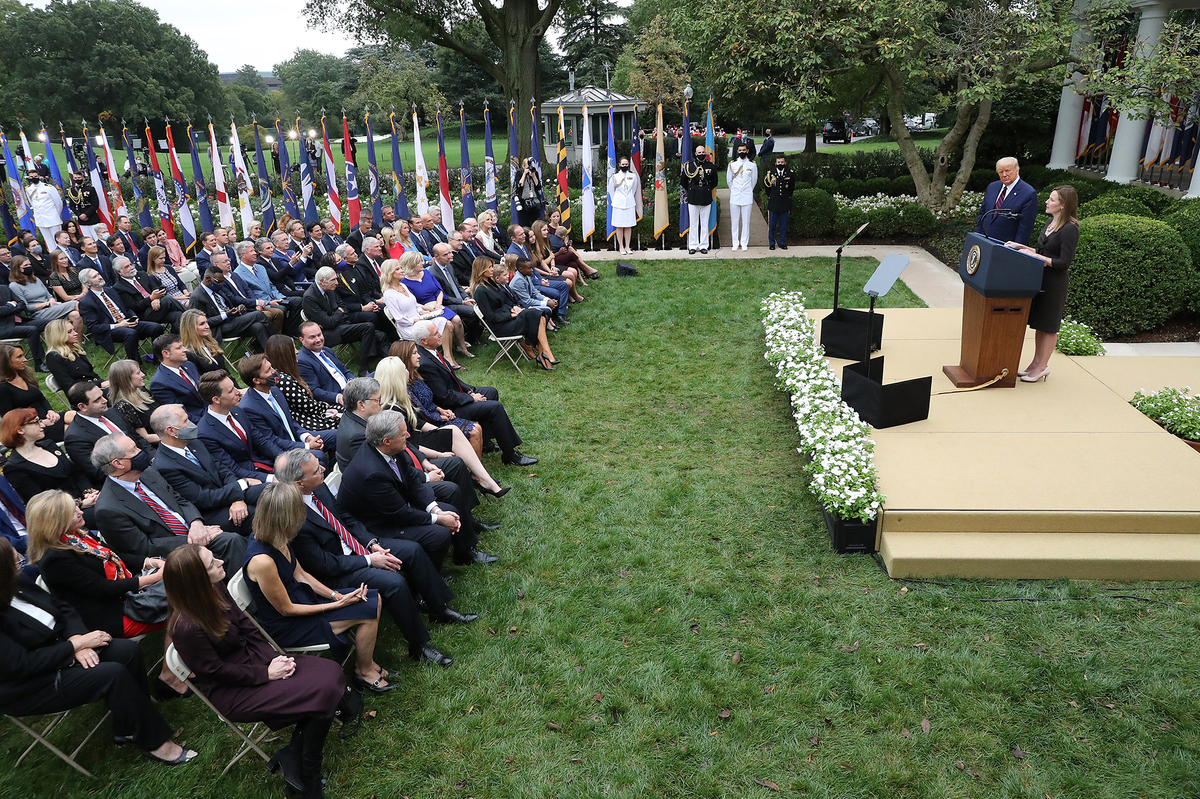 The White House’s apparent failures to thoroughly contact trace its current coronavirus outbreak has led local health officers to take matters into their own hands.

The District of Columbia and nine neighboring jurisdictions are calling on White House staff and visitors who might be connected to the recent outbreak there to contact their local health departments.

“We recommend that if you have worked in the White House in the past two weeks, attended the Supreme Court announcement in the Rose Garden on Saturday, September 26, 2020, and/or have had close contact with others who work in those spaces or attended those events, you should get a test for COVID,” the health officers wrote in a letter shared by D.C. Mayor Muriel Bowser early Thursday morning.

The authors note that this recommendation is being made based on “our preliminary understanding that there has been limited contact tracing performed to date.”

Thirty-seven White House staff and other contacts have tested positive, according to a website tracking the outbreak, citing public information such as media reports and tweets. Eleven of those positive cases are connected to the Amy Coney Barrett nomination event in the Rose Garden on September 26, according to the tracker, from which many attendees flew home to other states.

Emergency physician Leana Wen notes that, given that that event was nearly two weeks ago, it’s likely the outbreak has already sparked other infections.

When it comes to tracking down all the contacts that might be connected to the White House outbreak, there are many daunting challenges, from the country’s fractured public health system to the Trump administration’s approach.

1. The White House is on federal land

There are reports of an increase in coronavirus tests in D.C., and some high case numbers in recent days, which has prompted concerns that the outbreak at the White House could be driving spread in the local area. It’s difficult to know for sure if these things are connected.

The open letter comes after D.C. Mayor Bowser sent a formal request to the White House to coordinate the response to the outbreak on Tuesday. This week, the District’s top health official Dr. LaQuandra Nesbitt did speak to White House staff, according to the Washington Post, but D.C. doesn’t have the authority to do much more than to offer help.

Because people came to the White House for the Rose Garden event from all over the country, the contact tracing effort is extremely tricky.

Normally, during a case investigation, if someone mentions close contacts who are out of state, that person’s local health department would notify the health department of that contact. That system has “lots of holes, lots of gaps,” explains Lindsay Wiley, health law professor at American University.

“Often what will happen with a major outbreak of a concerning infectious disease is actually the [Centers for Disease Control and Prevention] will get involved in coordinating. But that’s optional — it’s what we call permissive authority.”

But in this case, CDC’s role seems to be really limited.

3. CDC has — again — been sidelined by the White House

A CDC spokesperson tells NPR there are two epidemiologists detailed to the White House, but wouldn’t say who they are or explain their roles. CDC sources say there was a team at the agency prepared to help contact trace, but that it was not mobilized.

As new cases have emerged since President Trump’s diagnosis, his administration has defended its handling of contact tracing. Deputy Press Secretary Brian Morgenstern told reporters Wednesday: “The White House medical unit with a CDC epidemiologist embedded in it does contact tracing for the positive cases that they handle — the ones that they identify.”

He added that they’ve already traced all the positive cases that have emerged so far and are standing by to do more.

It’s not clear if staff and visitors who get tested at their doctor’s office or local health department would be included in this White House effort. If not, those being contact traced would represent only a small subset of those potentially at risk.

The Trump Administration is also not even trying to contact trace the outbreak related to the Rose Garden event, The New York Times reports, arguing that it took place more than 48 hours before the president’s diagnosis, which is the CDC guideline for when to begin tracing contacts.

It’s one instance of many during the pandemic that the White House has sidelined its own public health agency. Critics say not enlisting the CDC’s help to thoroughly investigate the outbreak is a major misstep.

“I was shocked when I found out that there weren’t extensive contact tracing efforts underway because the White House right now is the epicenter of what is clearly a large outbreak that involves many jurisdictions across the country,” Wen says.

“Contact tracing is something CDC has done since the Second World War, starting with contact tracing for syphilis — they’ve developed techniques, they’re very good at doing this,” he told NPR. “So if the White House doesn’t allow them to do this freely, then you have to conclude the White House is trying to hide something.”

4. It’s been nearly two weeks since the outbreak began

Contact tracing works best when it happens fast — that way, people who’ve been exposed and may be infectious know to stay home and not go out into the community where they could infect other people.

That quarantine period for coronavirus is 14 days — thought to be the outer limit of the virus’ incubation period. The Rose Garden event on September 26 is almost outside of that window.

There are still reasons why it’s worth the effort to contact trace secondary contacts of attendees, Wen says, even though it’s late.

Public health officials surveyed by NPR have noted that the public can be reluctant or scared to share information about their contacts, and that has hindered efforts to curb the spread.

The true extent to which the White House outbreak has driven clusters around the country may never be known, especially because contact tracing wasn’t done aggressively early on.

One reason is that community spread is happening all over the country. “It’s likely that cases came out of [the Rose Garden] event because of the number of people who were all in the same place at the same time,” says Adriane Casalotti, chief of government and public affairs at the National Association of County and City Health Officials. “But it’s difficult to address their exposure before they got there and after they got there.”

When case numbers are high in a community, it makes it much harder to zero in on a particular event or contact that may have sparked infections.

“I think what draws people’s attention to this particular event is how it shows what happens when you’re not following the public health guidelines,” Casalotti adds, noting that it’s clear from photos of the Rose Garden event that social distancing and mask wearing were not being practiced.

“Unfortunately, the spread here wasn’t despite best efforts,” she says. “It’s clear that when we’re not using social distancing, when we’re not wearing masks or we’re not following all of those protocols, it makes it much easier for the virus to take hold and spread.”

Richard Harris and Pien Huang contributed to this report.