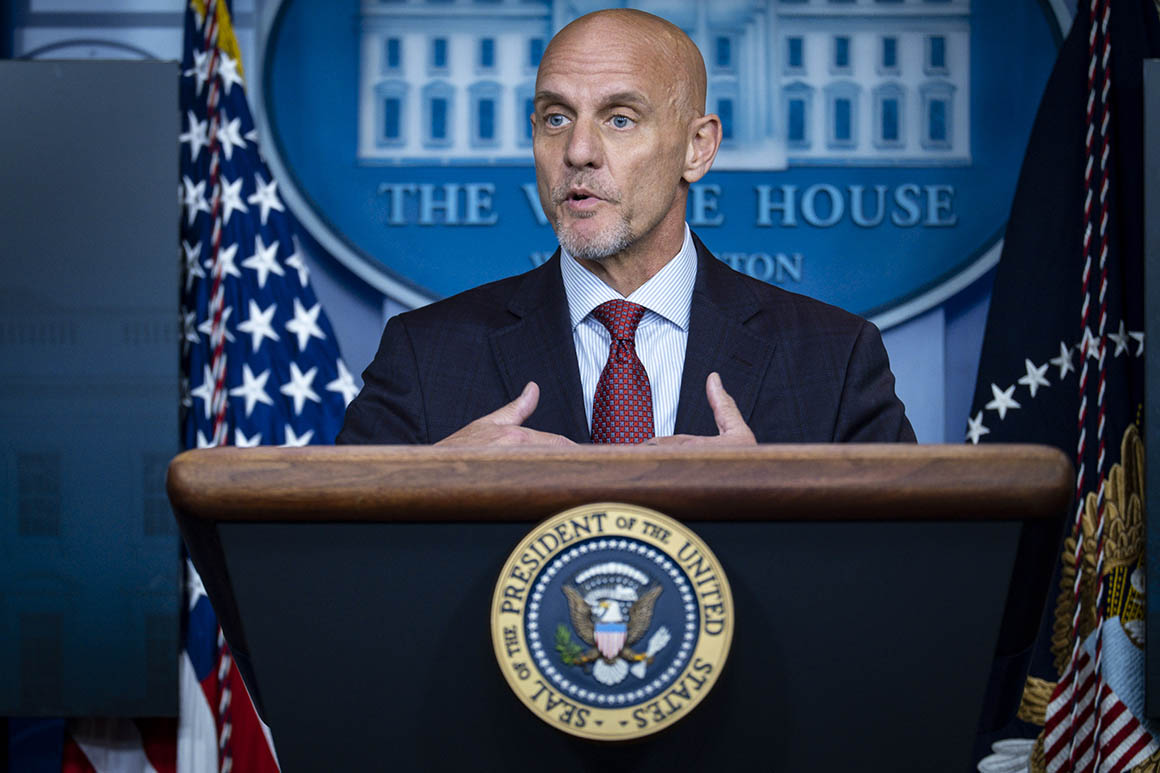 “In a normal procedure, the industry wouldn’t be talking at all to the White House about this,” said John Moore, a professor of microbiology and immunology at Weill Cornell Medical College. “The White House again is blurring and muddying the waters on all of this.”

Trump has repeatedly telegraphed his eagerness to deliver a vaccine before Nov. 3, and one drug maker – Pfizer – has said it could still meet that timeline. During last week’s presidential debate, Trump went as far as to assert he’d been personally assured a coronavirus vaccine could be ready within weeks.

“I’ve spoken to Pfizer, I’ve spoken to all of the people that you have to speak to – Moderna, Johnson & Johnson and others,” he said, dismissing his own health officials’ projections that a vaccine likely won’t be available until the end of the year. “They can go faster than that by a lot.”

Trump’s claims prompted Pfizer CEO Albert Bourla to publish a staff memo decrying the politicization of the vaccine race, though he also criticized those “who argue for delay” and stuck to his pre-November target – writing that “we are approaching our goal and despite not having any political considerations with our pre-announced date, we find ourselves in the crucible of the U.S. Presidential election.”

The appearance of political interference in the vaccine authorization process has long worried FDA Commissioner Stephen Hahn and other agency officials. They felt that setting more stringent standards and releasing them to the public would reassure Americans that science, not politics, was driving the process. Public trust in a vaccine is crucial to ensuring that enough people take the shots to create a broader herd immunity against Covid-19.

But in initial conversations about the new guidelines, current and former administration officials told POLITICO the White House’s Office of Information and Regulatory Affairs – which oversees all federal rulemaking – highlighted industry objections as among the key problems with the new standards.

Soon afterward, Trump during a Sept. 23 press briefing dismissed the FDA’s proposed new guidelines as “a political move more than anything else” and threatened to reject them, overriding the FDA’s career scientists in the process.

The agency has since submitted additional justifications to the White House for revising its standards and making them public. But White House officials over the past week continued to raise doubts about the need for more stringent guidelines, a senior administration official said, including questioning why the FDA would alter its criteria so late in the process and why a coronavirus vaccine should face tougher standards than other vaccines.

The FDA has countered that it previously signaled it would hold Covid-19 vaccines to a higher bar given the stakes of the pandemic and the need to rebuild public confidence that any emergency authorization will be grounded in science.

Yet there is little belief those arguments are swaying the White House. Trump’s fixation on securing a vaccine within weeks has instead left the FDA with little expectation the new standards will ever be officially released, because publicizing the benchmarks would make it clear a vaccine authorization by Election Day is nearly impossible, three people familiar with the process said.

The White House on Monday did not respond to questions about the guidance and the influence that pharmaceutical companies have had on its decision-making. It previously declined to comment on Trump’s conversations with vaccine developers.

An FDA spokesperson said the revised vaccine guidance remains under review, but whether it’s made public or not won’t affect how the agency evaluates vaccines for emergency authorization. The FDA has “already communicated with individual manufacturers about its expectations, the data the agency intends to consider and what we expect to see,” the spokesperson said.