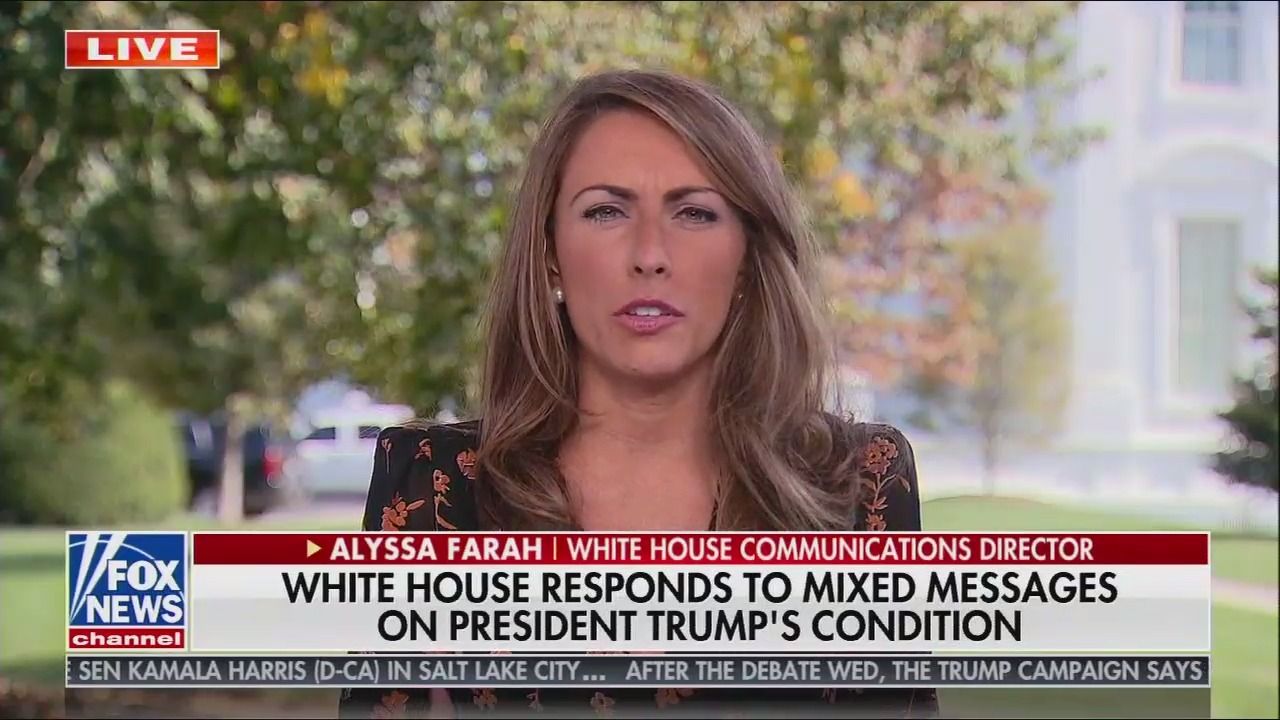 Driving the news: Conley and the White House have come under intense criticism after Chief of Staff Mark Meadows provided an anonymous statement to reporters on Saturday saying that Trump had a “very concerning” period on Friday, contradicting the more rosy assessment Conley had provided in a television briefing just moments earlier.

What she’s saying: Farah appeared to echoed Conley’s statement, telling Fox News that it is “a common medical practice that you want to convey confidence, and you want to raise the spirits of the person you’re treating.”

Farah later told reporters that Meadows’ anonymous statement contradicting Conley was intended to “give you guys more information just to try to be as transparent as we can.”

The bottom line: Conley admitted Sunday that Trump experienced two “transient” episodes in which his oxygen saturation level dropped below 94% and that he received supplemental oxygen on Friday after registering a “high fever.”