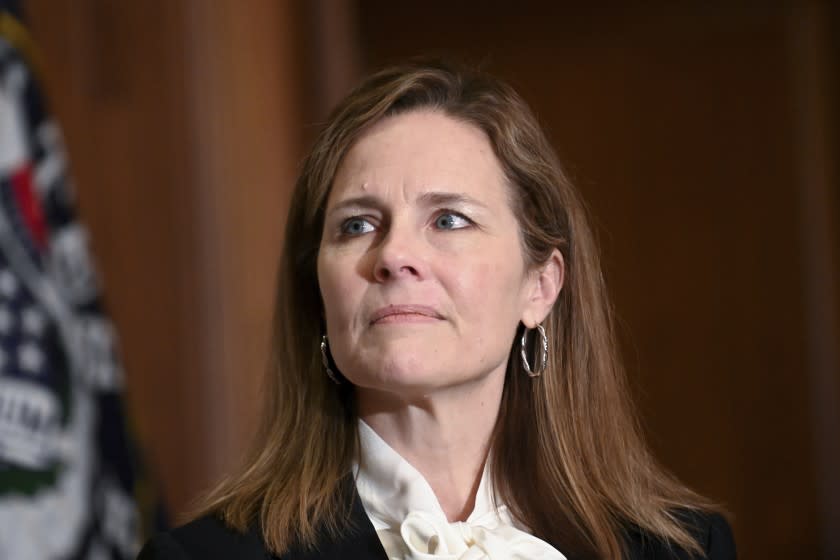 For nearly half a century, women in the United States have had a constitutional right to a safe and legal abortion.  And for most of that time, abortion opponents have been trying to take it away. Even as millions of women have availed themselves of that right, nothing short of a war has been waged on their access to abortion. The results include a congressional ban (called the Hyde Amendment) on federal money for abortions and a patchwork of unnecessary state laws that have forced numerous abortion providers to shut down and left some states with a single clinic.

U.S. District Judge Lee Yeakel aptly summarized the situation in 2013 when he issued an injunction against a Texas law that would have imposed new demands on abortion providers. Abortion, Yeakel wrote, “is the most divisive issue to face this country since slavery.”

But opponents have yet to dislodge the bedrock of abortion rights: the Supreme Court’s holding in Roe vs. Wade (1973) that the 14th Amendment guarantees a right to privacy, which includes the right to have an abortion.

Before Roe, women were at the mercy of laws handed down by a profoundly patriarchal, sexist society that believed the conception of a fetus was a sacrosanct event and that women were simply the vessels that carry it. Only four states had legalized abortion for any reason. In other states it was completely outlawed or permitted only if the woman’s life or mental health was in peril.

For many women, that meant a harrowing and often fruitless search for someone — preferably a medical doctor — who would perform an abortion illegally, often for a preposterous fee. A Guttmacher Institute researcher

estimated that in 1972 alone, 130,000 women obtained illegal or self-induced procedures, 39 of whom died; from 1972 to 1974, the mortality rate due to illegal abortion for nonwhite women was 12 times that for white women.

In the years since then, the basic tenet of Roe has been reaffirmed by the court over and over again. Revisiting the issue nearly two decades later, the high court said in Planned Parenthood of Southeastern Pennsylvania vs. Casey (1992) that women have a right to an abortion up to the point when the fetus was viable, although beyond that point, the government has an interest in protecting both the fetus and the woman’s health.  That decision set an important standard: a law cannot be enacted simply to place a substantial obstacle or burden in the way of an abortion.

Yeakel applied that standard when he blocked the Texas law, which would have required doctors who provided abortions to have admitting privileges at nearby hospitals and abortion clinics to be outfitted like ambulatory surgical centers. The Supreme Court agreed in Whole Woman’s Health vs. Hellerstedt (2016), dismissing the law as a sham intended only to set up obstacles to getting an abortion. When Louisiana legislators enacted a replica of Texas’ statute, the justices threw it out by a 5-4 margin for the same reason.

Ginsburg was, among other things, a fierce defender of access to abortion and contraception. Amy Coney Barrett, the 7th Circuit Court of Appeals judge President Trump has nominated to replace her, is likely to be anything but that.

Barrett’s supporters and critics alike believe that her addition to the court will lead it to take a case that could overturn Roe or — almost as bad — disregard Casey and uphold state laws that would chip away at abortion rights.  Had she been hearing the Louisiana case instead of Ginsburg, many observers believe the court would have split 5-4 in the other direction and let the Louisiana statute stand. That would have left Louisiana with just one abortion provider.

So how did we end up here?  Roe vs. Wade may be considered settled law by virtue of its longevity and its impact on women’s lives. But unlike other landmark Supreme Court rulings, such as Brown vs. Board of Education (1954), which desegregated public schools, it has never stopped being controversial. Instead of deflating abortion opponents, Roe has only galvanized them. The days are gone when people lined up outside newly desegregated schools to yell at the black children trying to enter. But opponents of abortion routinely demonstrate outside clinics, sometimes yelling at the women going in.

In fact, as the years have passed since the Roe decision, efforts by state lawmakers to restrict abortions have only intensified. From January 2011 through May 2019, 479 abortion restrictions were enacted in 33 states, or about 60 per year, according to the Guttmacher Institute. That’s a considerably faster pace than states were moving to curtail abortions in the previous four decades post-Roe.

Some of these measures were so obviously in violation of Roe that they were blocked by federal courts, such as prohibitions on abortion six to eight weeks into pregnancy. The courts have also halted some bans on abortion done for reasons the state doesn’t like — for example, because the fetus has been diagnosed with a severe illness or disability or for sex selection.

Less outrageous but more obstructive have been laws that set absurd and unnecessary standards for clinics and providers. In many cases, these measures forced clinics to close before the courts could intervene. Today, there are five states with only one abortion clinic. Other measures have imposed waiting periods for abortions and required women seeking one to view an ultrasound image of the fetus. Some states have insisted on multiple unnecessary visits to a provider to get the pills for medication-induced abortions. These laws particularly hurt lower-income women who can’t afford to take several days off work to make multiple trips to a clinic far from their homes.

Overturning Roe or lowering the bar that Casey set for abortion restrictions would open the floodgates to these sorts of measures, even though polls show that most Americans want abortion to remain legal in all or most cases and do not want Roe overturned.  But these sentiments divide along party lines, with Democrats more supportive of abortion rights than Republicans.

Clearly, Barrett is personally opposed to abortion. While she was a law professor at Notre Dame University, she was a member of an anti-abortion faculty group and was one of hundreds of female professionals who signed an open letter to a meeting of Catholic bishops in 2015, expressing their belief in “the value of human life from conception to natural death.” In 2006 she was among a long list of signatories who declared in an anti-abortion ad in a South Bend, Ind., newspaper that they “oppose abortion on demand and defend the right to life from fertilization to natural death.” The more provocative second page of the ad, next to the signatures, said in part, “It’s time to put an end to the barbaric legacy of Roe v. Wade.”

Although Barrett has never ruled directly on an abortion case, she was peripherally involved in a couple. In both cases, she signed onto dissents that urged the 7th Circuit to reconsider rulings that barred the state of Indiana from imposing additional restrictions on abortions — in one case on minors who’d obtained a judge’s approval for an abortion, and in the other on abortions done for reasons of sex, race or fetal diagnosis.

Those dissents are troubling enough. A more worrisome portent is her 2013 Texas Law Review article on when the Court should veer from precedent and overturn one of its own decisions. “I tend to agree with those who say that a justice’s duty is to the Constitution and that it is thus more legitimate for her to enforce her best understanding of the Constitution rather than a precedent she thinks clearly in conflict with it,” she wrote.

Barrett acknowledged that some decisions are widely viewed as “superprecedents” that have become untouchable by virtue of their acceptance by the public. But Roe vs. Wade, she suggested, is the sort of controversial decision that “court watchers embrace the possibility of overruling.”

Roe should rank as a superprecedent because it guarantees a right fundamental to women in America, one that they have relied on now for decades. When the court has overturned a long-standing precedent in the past, it has often done so to grant rights, not take them away; witness the Brown ruling. Taking away a woman’s right to decide for herself what she will do with a pregnancy before the fetus is viable would constitute a profound injustice and an upheaval in the lives of millions of women of child-bearing age. Nothing has changed medically since Roe that argues for taking away a woman’s control over her own body while a fetus is not viable.

The Supreme Court is currently considering whether to hear a challenge to Mississippi’s ban on abortions after 15 weeks into a pregnancy. There are also four state bans on abortions sought for certain reasons (a fetal diagnosis, gender) that are making their way through appellate courts. All blocked at least temporarily from taking effect. All could travel up to the Supreme Court.

The alarming thing is that the landscape for abortion availability even with Roe is bleak.  Women who live in any of the states with just one abortion clinic face a daunting task of getting to them.  And it is always poor or low-income women who face the most difficult obstacles to getting an abortion.

At this point, abortion is part of women’s healthcare in the U.S., and it should stay that way. Seemingly every major medical organization supports access to safe and legal abortion. So should the Supreme Court.