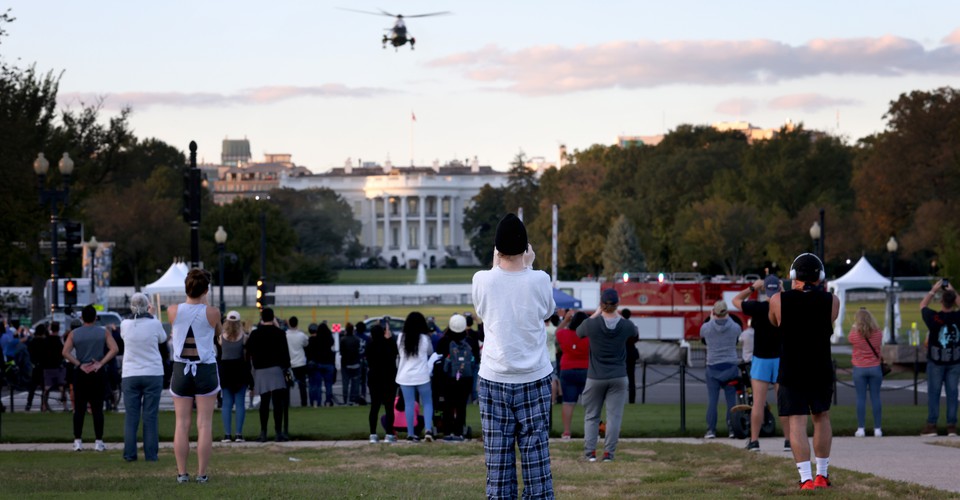 The reason could be that we want our friends and family to hear news from us, rather than from another source. “Privileged information earns you status,” Matthew Feinberg, an organizational-behavior professor at the University of Toronto, told me in an email. “Those who are in the know must have a strong social network and therefore must be popular.” Perhaps people have an irresistible drive to signal that they’re well informed. That would explain the rush to share breaking news on Twitter, at any rate.

But it doesn’t quite explain the urge to tell our loved ones. One would imagine that your status is already secure with your nearest and dearest, whether you’re the one to bring new tidings or not. Kafantaris told me that for herself and her husband, sharing big news helps them process it communally. “You want to experience this cultural moment with someone,” she said. Neither of them “respects the other person’s sleep schedule,” when news breaks. When Ruth Bader Ginsburg died, Kafantaris burst in on her husband in the shower to let him know.

Stacy Torres, a sociologist at the UC San Francisco who has studied gossip, suspects that the drive to tell people about news you’ve just read relates to the “pleasures of sharing secrets or rumors.” Although gossip tends to be about people one actually knows, and news is public information, “in both situations, there’s that moment of wanting to connect, to say, ‘Hey, this thing happened, and it’s affecting us in some collective way,’” she told me.

Read: Have you heard? Gossip is actually good and useful.

In addition to the national magnitude of these stories, Torres suspects that people are more likely to shake someone awake for such news because it feels personally relevant. Torres said that she likely wouldn’t feel compelled to share just any story that interested her if it didn’t seem to practically impact her life. The president’s contracting COVID-19, however, brought up a lot of questions and worries for her, as it likely did for many other Americans. Had Trump infected other public figures? What would his illness mean for the election? Would this change anything about the country’s response to the pandemic? She wanted to reach out to her partner, but he was in a different time zone and likely already asleep, so she resisted. But when she woke up Friday morning, she had gotten a text from him about the news.

Gail Parenti, a 61-year-old retired attorney based in Umbertide, Italy, also resisted the urge to rouse her husband Thursday night, but says she told him “the minute he woke up.” “Just sitting there thinking about it is one thing,” she told me, “but saying it out loud is something else. I think it helps me process my own feelings to hear his perspective.”

In my experience, the conversations I have with those around me when news breaks are often extremely brief. “Hey, did you see what happened?” “Yes, I saw.” These exchanges seem to be more about mutual acknowledgment than extended processing. “The impulse to share, even if you don’t have a big conversation about it, could be a way to confirm that this is happening,” Torres said. When I see news that fundamentally shifts my reality, I want to bring those I love into the strange new world with me. No one wants to face the future alone.

Julie Beck is a senior editor at The Atlantic, where she oversees the Family section, and is the creator of The Friendship Files.