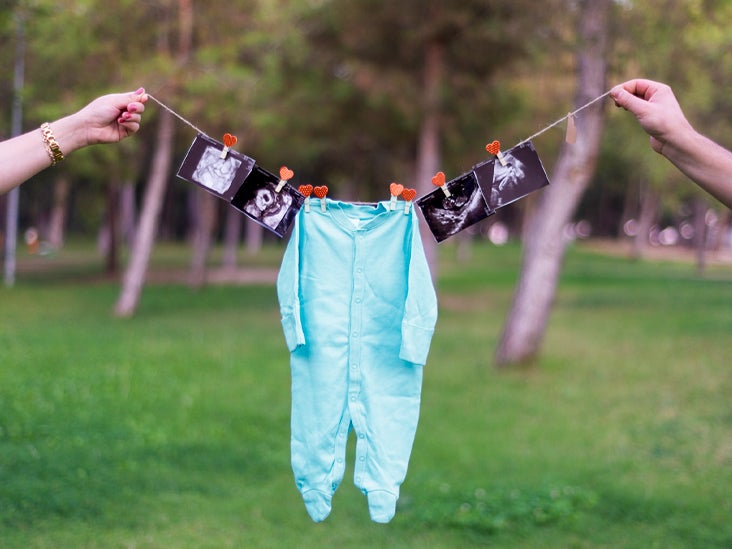 Many people find sharing the news of a pregnancy exhilarating, but it can also be daunting. There is no right time to announce a pregnancy, but there are some factors that people might want to consider before spreading the news.

This article looks at when people announce their pregnancy, the pros and cons of making the announcement, and who may need to know.

There is no set time when to tell others about a pregnancy. Some people immediately spread the news, while others wait until after the first trimester, or about 12 weeks.

Many people do not announce their pregnancy during the first trimester because, according to March of Dimes, there is a higher chance of early pregnancy loss, or miscarriage, during the first 12 weeks of pregnancy. This rate drops significantly after this time.

Pregnancy is a very personal event, and people might want to consider various factors before deciding when to tell others about a pregnancy.

Below are some pros and cons to consider.

It may be easier to stagger pregnancy announcements to various groups of people at different times.

Often a partner is present during the pregnancy tests, but if not, most people usually share the news with them first. Having a partner know about the pregnancy early on can help with decision-making and managing concerns or issues.

Partners should agree when to make any announcements and do it together and at the same time, if possible.

Telling close family members is often the next step, especially any grandparents-in-waiting. Perhaps, ask them to keep the good news to themselves until the time is right to tell other family members.

Telling close friends about a pregnancy can be exciting. Be aware, though, that not everyone will feel ecstatic at the happy news. Some people may be experiencing problems with conceiving or may not yet be ready to start a family and may not share the same enthusiasm at the announcement.

Telling trusted friends who can keep a secret may be the best route at first, so the news does not end up on social media before you are ready to announce it to the world.

In the United States, it is not a legal requirement to inform an employer of pregnancy. For this reason, most people wait until after the first trimester to let their employer know.

It may be tempting to share the news first with a trusted colleague. But be aware that word can spread quickly in a workplace, and a boss may find out earlier than planned. So it might be best to tell a line manager or a human resources manager first.

Announcing a pregnancy is often an exciting event; however, not everyone has a partner they can tell or a supportive network of friends and family. However, there are many unbiased nonprofits or other groups that a person can turn to for support and advice, including Planned Parenthood.

Pregnancy loss is the term healthcare providers use when a pregnancy ends before 20 weeks.

The chance of pregnancy loss lowers three times during pregnancy, although statistics vary on by how much:

However, according to the same 2013 study, Black women are twice as likely as white women to experience a pregnancy loss between 10–20 weeks of pregnancy.

Anyone with concerns about their chances of experiencing pregnancy loss should speak to a doctor.

Learn more about pregnancy loss risk by week of pregnancy.

Most pregnant people choose to announce a pregnancy after the first trimester as the risk of pregnancy loss is lower.

There are pros and cons to announcing a pregnancy at this time and announcing earlier or later than this. It may be easier to tell different groups of people at different times.

People without a support network can talk to nonprofit and other pregnancy support groups, such as Planned Parenthood.