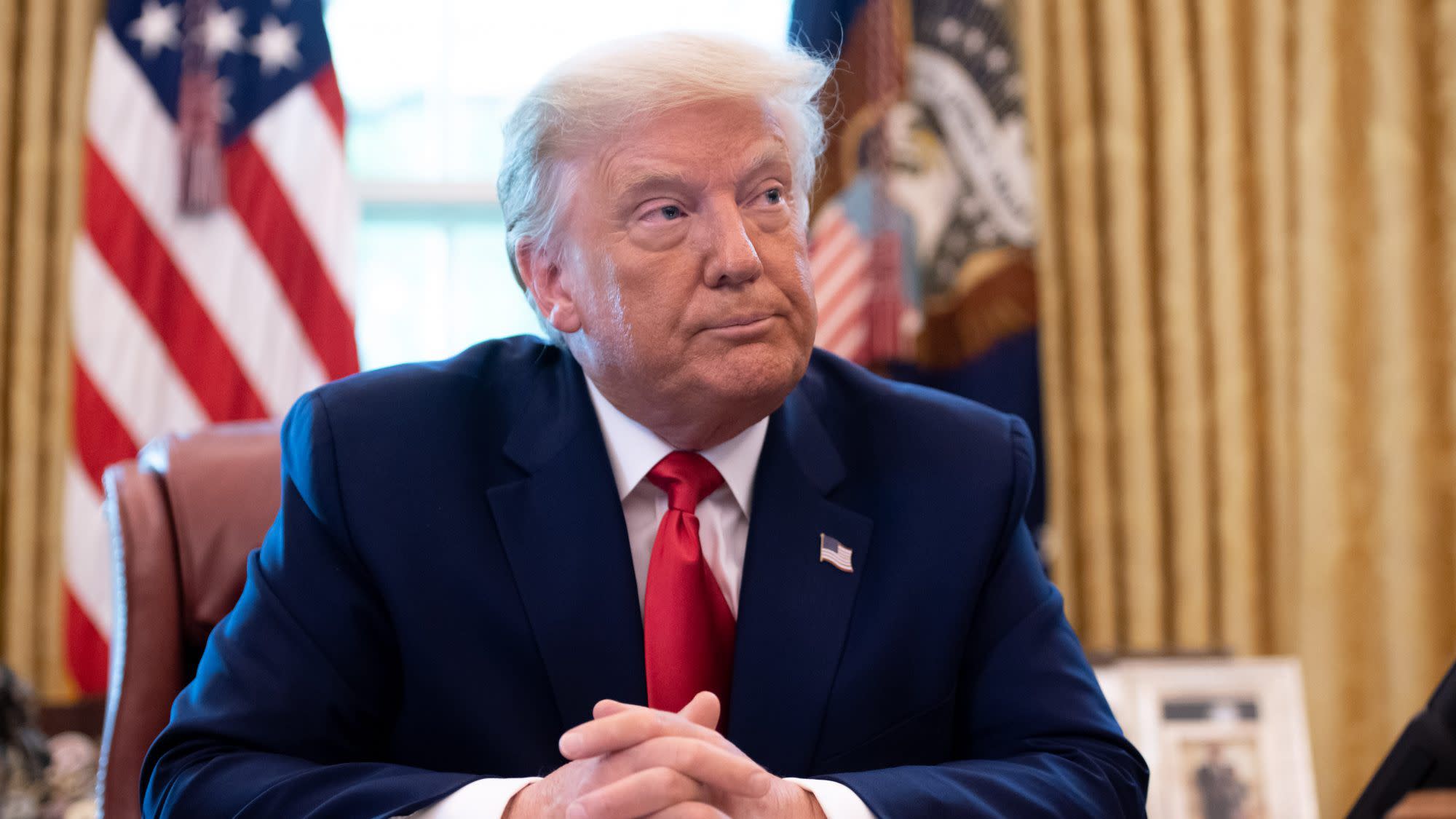 The president tweeted that he and the first lady had tested positive for coronavirus early Friday morning.

After announcing he and wife Melania Trump tested positive for coronavirus late Thursday evening, President Trump was transported to Walter Reed Medical Center the next day. His administration assured the public that the move was “out of an abundance of caution,” and he would return to quarantine with the First Lady at the White House in a few days.

While Trump’s team has maintained an optimistic outlook on his condition, contradicting reports have emerged about his health, and to make matters all the more confusing, the president has been actively tweeting from his hospital bed as if nothing is happening.

For everything we know so far about Trump’s coronavirus diagnosis, scroll below.

On Saturday afternoon, Trump took to his platform of choice to reveal that he’s “feeling well” after a night in the hospital. “Doctors, Nurses and ALL at the GREAT Walter Reed Medical Center, and others from likewise incredible institutions who have joined them, are AMAZING!!!” he wrote, adding: “Tremendous progress has been made over the last 6 months in fighting this PLAGUE. With their help, I am feeling well!”

He followed up with a second tweet, indicating that he’s back to business as usual.

OUR GREAT USA WANTS & NEEDS STIMULUS. WORK TOGETHER AND GET IT DONE. Thank you!

Trump’s condition is said to be “very concerning,” according to someone familiar with his health.

After a positive television briefing by doctors, a person close to the president gave a very different perspective on his condition. According to The New York Times, this person told a pool of reporters, “The president’s vitals over the last 24 hours were very concerning and the next 48 hours will be critical in terms of his care.” The anonymous source added, “We’re still not on a clear path to a full recovery.”

NYT also revealed that two people close to the White House said that Trump had trouble breathing and was giving supplemental oxygen to reverse his dropped levels.

Following his first night at Walter Reed, Trump’s physician, Dr. Sean Conley stated that the president had been fever-free for 24 hours, and his blood pressure and heart rates were normal. “This morning the president is doing very well,” Dr. Conley told the public. “At this time, the team and I are extremely happy with the progress the president has made.”

He added that Trump was not on oxygen “right now,” but declined to answer if he had been previously.

His symptoms are mild.

At the on-set of his diagnosis, Trump had a low-grade fever and other mild symptoms, including nasal congestion and a cough. It’s reported took the experimental drug remdesivir for treatment.