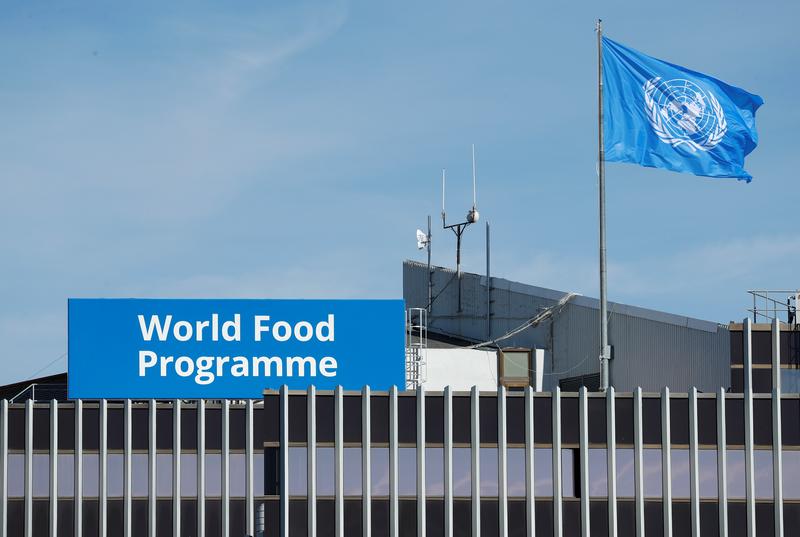 ROME (Reuters) – The United Nations’ World Food Programme (WFP), which won the Nobel Peace Prize on Friday for its efforts to combat hunger and promote peace, was founded in 1961 at the request of U.S. President Dwight Eisenhower.

* The WFP began as an experiment to see if the United Nations system could deliver food aid. Its first disaster relief operation was to help after an earthquake hit in Iran in 1962.

* It gained permanent status in 1965 and calls itself the world’s largest humanitarian organisation, dedicated to “saving lives in emergencies, building prosperity and supporting a sustainable future for people recovering from conflict, disasters and the impact of climate change”.

* During the coronavirus pandemic, the WFP’s logistics service dispatched medical cargoes to over 120 countries. It also provided passenger services to ferry humanitarian and health workers where commercial flights were unavailable.

* In 1989, the WFP staged what it says is the biggest humanitarian airdrop in history. Twenty cargo aircraft flew three sorties a day to transport 1.5 million tonnes of food as part of ‘Operation Lifeline Sudan’, in which U.N. agencies and non-governmental organisations cooperated to alleviate a famine caused by civil war.

* The WFP is funded by voluntary donations, mainly from governments but also from companies and private donors. In 2019, it raised $8 billion. It is governed by a 36-member executive board and has 90,000 staff, of whom some 90% are based in the countries where the agency provides assistance.

* Its executive director traditionally comes from the United States. The current chief is David Beasley, a Republican politician who was nominated by President Donald Trump’s administration and has been in the job since April 2017.

* The WFP is one of three U.N. food aid organisations based in Rome. Its sister bodies are the Food and Agriculture Organization (FAO) and the International Fund for Agricultural Development (IFAD).

* It says it is currently dealing with six food emergencies besides COVID. These are in the Democratic Republic of Congo, northeastern Nigeria, Sahel, South Sudan, Syria and Yemen.