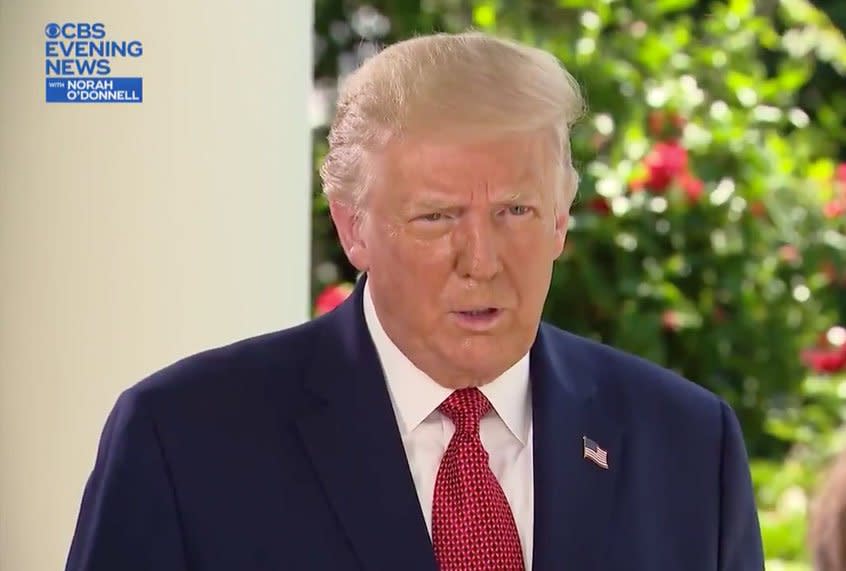 That Donald and Melania Trump should test positive for what was described as relatively mild COVID-19 seems both sad and avoidable, the inevitable and ironic result of snubbing mask-wearing and physical distancing.

It is what it is, after all.

That the White House and the Trump campaign were not forthright about learning that close adviser Hope Hicks had been found infected and went ahead with fund-raisers and lots of contacts without taking precautions is reprehensible.

Amid calls for recovery were notes of open disbelief over whether the news as announced was true, questions about the First Couple’s medical status and a chaotic race to reach scores of people with whom Trump and Hicks had contact over the previous four days. Worry mounted about exactly how the government is functioning, as a result, to say nothing of the effects on elections.

The White House never acknowledged the Hicks contagion for at least a full day after learning of it. A bevy of others were exposed to the illness. People need to hold someone responsible.

Opponent Joe Biden tested negative after contact with Trump at the Tuesday debate, but three senators, the Trump campaign manager and head of the Republican National Committee, White House staffers and guests and three journalists at White House events are ill.

Through the day, as Trump was moved to Walter Reed Hospital, it sounded as if Trump was sicker than acknowledged. But then again, it was hard to tell: The White House is controlling closely the information.

I could not help but compare these circumstances with the earlier days of HIV/AIDS, when some with that illness who continued to practice unprotected sex ended up facing criminal charges of homicide or attempted homicide and assault. Criminal transmission of HIV is  better known as HIV non-disclosure.

What exactly is different here?

There are 37 states with laws that criminalize HIV exposure in cases where those testing positive intentionally infect others – or simply fail to notify contacts. Some states even extend criminality to undisclosed status in blood donation or amp up prostitution charges.

In other words, when it came to HIV/AIDS, our Law and Order administrations took it seriously.

By contrast, in the case of COVID-19, a global pandemic, the Trump administration occasionally talks about masks. Then it goes out of its way to avoid mask-wearing or physical distancing in its campaign rallies, in White House gatherings, in meetings. Trump steps on his own medical advisers when they contradict him and promote mask-wearing.

Obviously, Team Trump has resisted actively public health enforcement by either the federal government or states and localities, arguing anything that slows down the economy will be worse for Americans. Trump and allies have made clear – and made political – the idea that church-going outscores any acknowledgment of contagion and that mask-less campaign rallies are more important than public safety.

Somehow, Team Trump succeeded in turning mask-wearing into more a political statement about standing with him and about a weird sense of independent masculinity than about public health. Hey, I recognize that there are posted speed limits on the freeway, but I may want to drive 90 mph anyway.

In lieu of a fully organized government effort to control the pandemic, we have an anemic, spotty, state-by-state approach that has resulted in more than 200,000 American deaths. That the virus would find its way even inside the White House, where Trump has presented himself as uniquely resistant to any hint of disease, was inevitable.

This is the same Donald Trump who:

Are we surprised that he should contract the illness? Frankly, no, however sorry it makes us feel for him.

But the news also angers, because these results were avoidable completely.

Our narcissistic president, who has declared himself the only person possible to fix what ails us, could have lived as many of us have without intentionally infecting others.

When Boris Johnson, the British prime minister, went through COVID-19, he came out of it with a renewed respect for public health and mask-wearing. We can only hope Trump can do so as well.