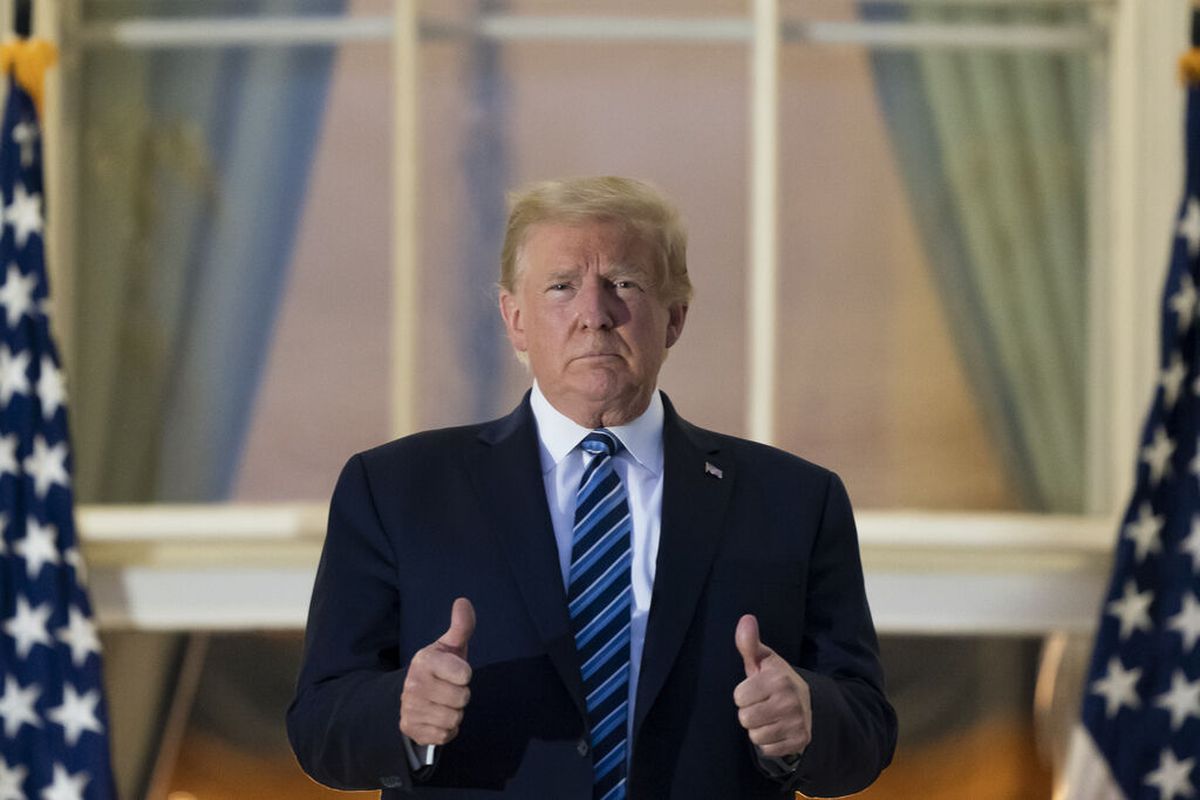 Shirking recommendations from the Centers for Disease Control and Prevention, President Donald Trump returned to the White House on Monday night, after being hospitalized with COVID-19 over the weekend.

CDC recommendations state that a person with confirmed COVID-19 should not be around others until 10 days after symptoms first appeared and that person has gone 24 hours without a fever (and not using medications to keep the fever down). Other symptoms should also be improving.

Trump, however, publicly confirmed his diagnosis early last Friday, or only four days ago. On Monday evening, however, he was seen entering the White House without a mask, into a room with aides visible to reporters, the AP reported.

Though he might not be “entirely out of the woods yet,” according to his doctor, Trump was doing well enough to be discharged.

State health officials are concerned about the president’s statements and actions following his departure from the hospital. On Monday afternoon, the president tweeted: “I will be leaving the great Walter Reed Medical Center today at 6:30 P.M. Feeling really good! Don’t be afraid of Covid. Don’t let it dominate your life. We have developed, under the Trump Administration, some really great drugs & knowledge. I feel better than I did 20 years ago!”

“COVID-19 is a serious disease that is easily spread. We shouldn’t fear it; we should protect ourselves from it,” Wiesman said. “Wear your mask. Watch your distance. Wash your hands. These are the basic facts.”

Daily confirmed COVID-19 cases continue to increase in Washington state as well as in the Inland Northwest.

The Panhandle Health District confirmed 51 cases today as well as additional deaths from the virus. There have been 60 deaths due to COVID-19 in the five-county region. Currently, 23 county residents are hospitalized.

As some school districts are bringing students back to school, the CDC released a report Monday showing how an adolescent without symptoms can spread the virus, especially when mask-wearing is not adhered to.

In a multi-state investigation, the CDC and state health departments found that a 13-year-old who brought the virus home to her family, which subsequently went to a family gathering where five households stayed together without masks for a couple weeks, ended up infecting a dozen other family members and contacts.

The teenager had tested negative for the virus, with an antigen test, and her only symptom was minor nasal congestion which appeared just before the family traveled to be with the large group.

Of the 14 people who stayed in the same home during their gathering, 12 ended up having symptoms.

On Monday, the CDC also acknowledged that 6 feet may not be enough distance between people to keep respiratory particles from spreading. In some instances, which the CDC called “uncommon,” people were infected with the virus even though they were more than 6 feet away from the infected person.

However, these instances were predominantly in “poorly ventilated and enclosed spaces that often involved activities that caused heavier breathing, like singing and exercising,” a release from the CDC says.

Arielle Dreher’s reporting for The Spokesman-Review is funded in part by Report for America and by members of the Spokane community. This story can be republished by other organizations for free under a Creative Commons license. For more information on this, please contact our newspaper’s managing editor.