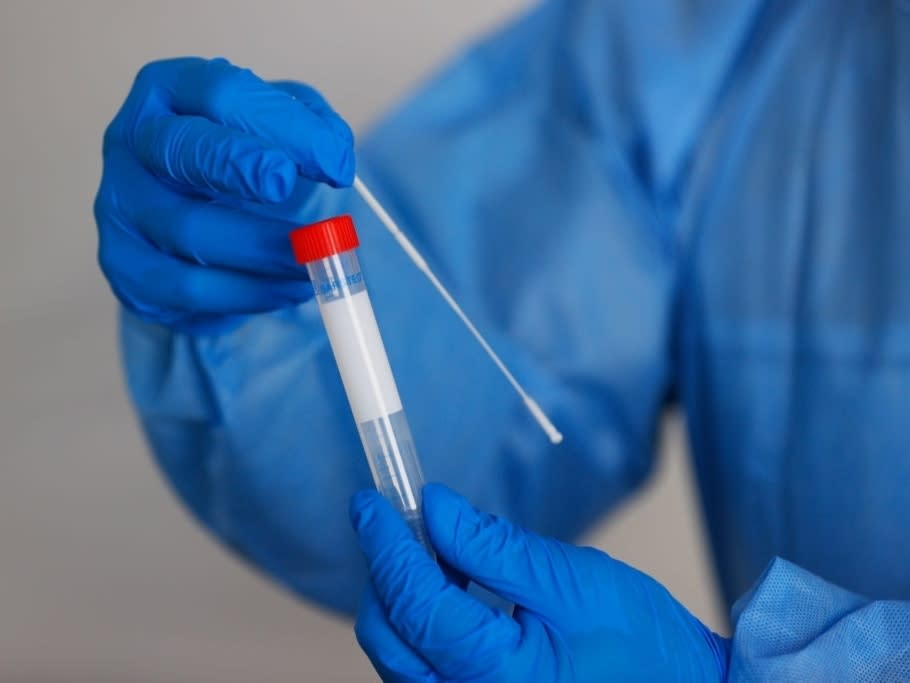 Per the latest available information, 90,663 patients have tested positive in the state since the crisis began, and 2,165 people have died from complications linked to COVID-19. At least 3,638 new illnesses have been confirmed in Washington over the last seven days, according to the Centers for Disease Control and Prevention’s case tracker.

Most Washington counties still show a rate of cases by population higher than the target threshold of 25 cases per 100,000 residents over 14 days. At least 17 of the state’s counties remain in the highest transmission bracket, while 10 counties are in the moderate range.

As of Tuesday, health labs had processed more than 1.96 million tests in Washington since the public health crisis began.

Trump halts stimulus negotiations until after the election

In a series of tweets Tuesday, President Donald Trump said he ordered an end to negotiations for a new stimulus plan, as the Democrats sought a second wave of federal assisance, including fresh $1,200 payments and restoration of the weekly $600 in expanded unemployment benefits.

Negotiations between House Speaker Nancy Pelosi and Treasury Secretary Steven Mnuchin had been underway for days. The Democrats’ latest plan was estimated at $2.4 trillion, a figure that the White House rejected as too high. Earlier Tuesday, Federal Reserve Chair Jerome Powell had recommended more aggressive federal help to prevent a weak economic recovery.

The stock market took a hit in the wake of Trump’s announcement and stayed down through the closing bell. Late in the evening, the President tweeted that he would sign a standalone bill that authorized new stimulus checks.

“We wanted to do targeted things where we show how to do this in a safe way,” Inslee said in a news conference. “I think increasingly the way we need to think about this is not so much as prohibitions about what you can’t do, but adaptations to show how we can do something safely.”

Among the most notable changes are an elimination of the household requirement for indoor dining, and a slight increase in the permitted table size at restaurants. The state’s cutoff for serving alcohol will move from 10 p.m. to 11 p.m.

Under the new guidance, libraries will be allowed to operate similar to museums, permitting some indoor activity in phase 2 counties, with 25 percent capacity.

Adult and youth sports, including soccer, softball, tennis, flag football and lacrosse, could be allowed to resume depending on the specific metrics of each county, but tournaments and spectators will continue to be prohibited it all counties above the lowest risk category.

Secretary of Health John Wiesman noted a recent uptick in coronavirus cases seen in parts of Washington and said health officials would closely monitor the data for any new areas of concern.

“We’re going to keep a close eye on the numbers, and we need everybody to wear the masks, wash your hands and watch your distance,” Wiesman said. “If we can all to that together, and double down on that, our hope is that we will see these numbers come back down really quickly.”

According to the governor’s office, the state’s latest guidance immediately went into effect. A freeze on all counties progressing under the Safe Start plan remains in place.

The University of Washington asked students to “step up” as an outbreak of COVID-19 illnesses connected to 14 off-campus fraternities and sororities grew to 177 students on Tuesday.

In a letter sent to the Interfraternity Council and Panhellenic chapters, university officials asked each individual to help stop the outbreak.

“This includes limiting gatherings to FIVE masked, socially distancing people per week, even if you live in the same house or residence,” officials wrote. “You must also continue to follow the 3 W’s whenever you are in shared areas of your residence, including hallways, kitchens, common rooms, friends’ rooms and outdoor spacing: Wear a mask. Wash your hands. Watch your distance.”

The letter goes on to remind students that failing to comply with university and Public Health guidance could lead to “additional steps” being taken, including disciplinary actions up to expulsion. Other actions could include notices to landlords of off-campus properties, should parties, gatherings and “flagrant disregard” for prevention measures continue.

Read the full letter and find the latest information on the outbreak on the university’s website.

The above numbers are provided by the state Department of Health, and some numbers differ from the totals provided separately by county health agencies.

This article originally appeared on the Redmond Patch