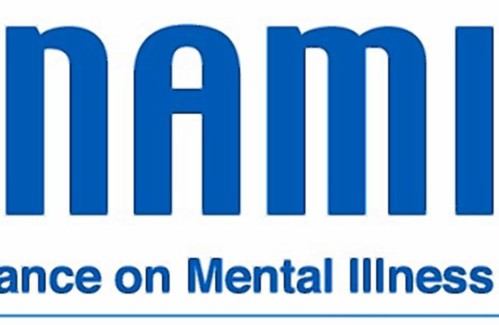 Children comprised a large portion of the waiting lists for psychiatric treatment in August, raising concerns about the effect the pandemic has had on the mental health of the state’s youth.

For the last eight years, the state has struggled with a psychiatric boarding crisis. Faced with a shortage of beds in psychiatric facilities, those struggling with mental illness stayed instead in emergency departments of hospitals – sometimes for weeks at the peak of the crisis— as they waited for their names to be moved off a waiting list.

In late August, there was a spike in the number of people waiting for psychiatric beds. That led to 71 people, the second-highest number in over eight years, waiting in emergency rooms or prisons for a bed to open up.

However, mental health advocates have noticed a disturbing new trend – children made up a large portion of the waiting list. During the last peak in 2017, there was only one child on a 72-person list. However, last month, children have comprised sometimes more than half of the list. On Aug. 14, there were 26 children waiting for a bed in a psychiatric facility, about 65% of the total number.

Susan Stearns, the Deputy Director of NAMI New Hampshire, said this is especially worrisome because it was happening in August. Typically, the number of children in need of psychiatric care increases in May, likely because of pressures from school.

In March, at the start of the pandemic, the number of people waiting in an emergency room for a psychiatric bed hit zero for the first time in eight years. The state had worked to empty the waiting list in preparation for coronavirus patients in the hospital.

But over the next five months, mental health advocates slowly saw the numbers reemerge – higher than they had seen in years. The sharp increase could suggest that stressors from the pandemic, like uncertainty about when in-person school will return, could be taking a toll on kids in the state.

Kathy Ungarelli, the Director of the Bureau Of Children’s Behavioral Health, said while there is no definitive data, she has heard anecdotal evidence that many of the children waiting for help are new to the psychiatric system. She said children who have thrived in the traditional classroom setting are struggling with online learning, which can be isolating for those who rely on social interaction from school.

The state opened a transitional housing program earlier this month, to house those coming out of psychiatric treatment and expedite how quickly new patients can fill their beds. Since then, Stearns said there has been a slight decline in the number of people on the waiting list.

As part of the state’s 10-year mental health plan, Ungarelli said the state has also moved all of the psychiatric beds for children from New Hampshire Hospital to Hampstead Hospital to address their specific needs and free up more adult beds in NHH.

Addressing the boarding crisis will not be as easy as just building new beds, Stearns said. She said in addition to seeing a surge in patients, psychiatric facilities are simultaneously handling a staff shortage. As in many other facets of the healthcare industry, COVID-19 has exacerbated the chronic problems hiring and maintaining staff in inpatient psychiatric facilities.

“You can put all the money you want into more beds,” she said. “Even if you have all the beds, you have to have appropriate staffing.”

Hampstead has not been filling all of their available beds for children, because they lack the staff to care for more patients. They are looking to open an additional unit of beds once they finish a new round of hiring.

While Stearns trusts the department of health to prioritize mental health, she worries the pandemic might derail the 10-year mental health plan in the same way the 2008 recession sidelined the last 10-year plan.

“For those of us who have been around for a long time, we remember it well,” she said. “It would be unrealistic not to be concerned.”