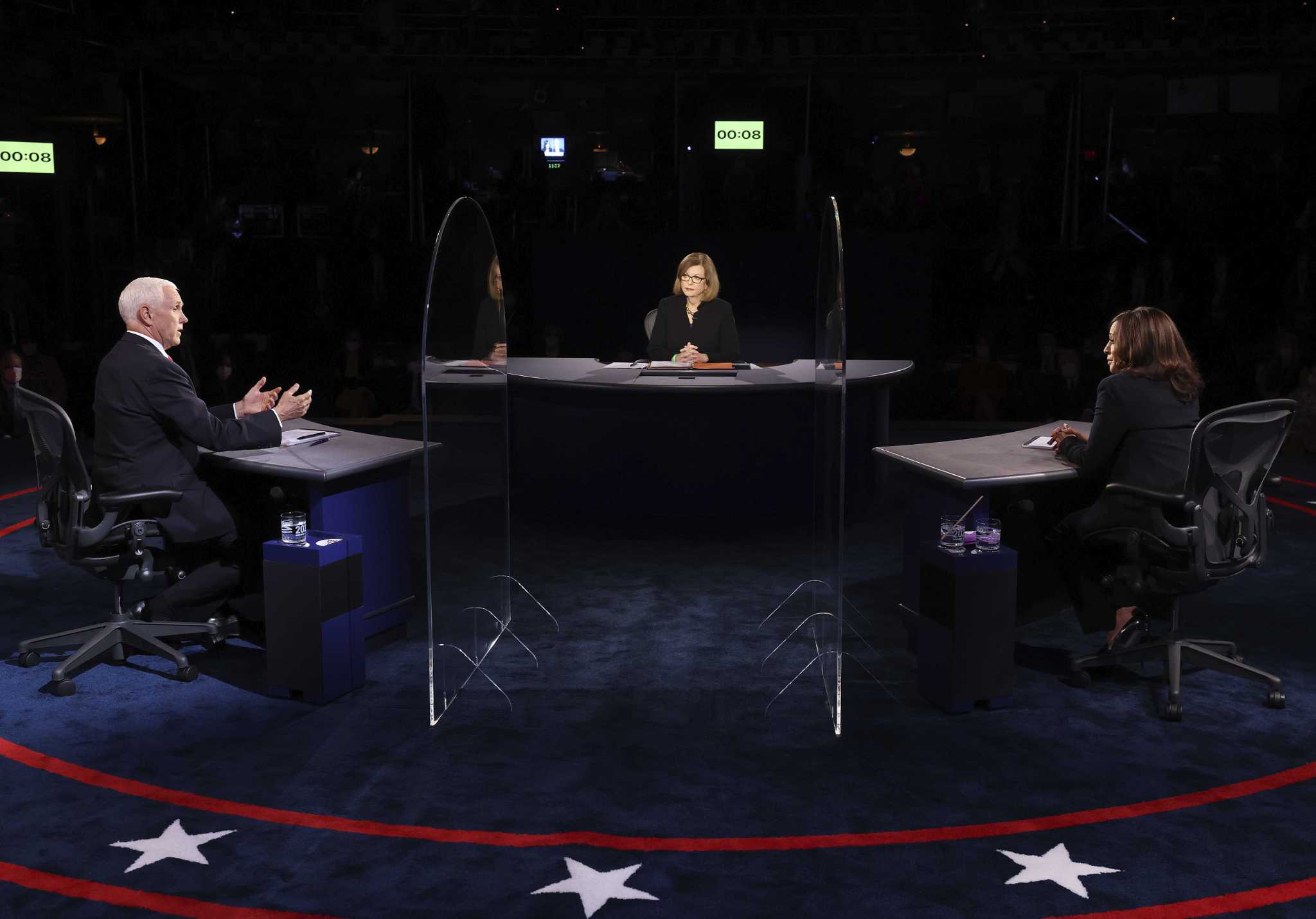 The two candidates for vice president are participated in their only debate of the election on Wednesday night.

The 90-minute debate between Sen. Kamala Harris and Vice President Mike Pence covered a variety of topics. We fact checked statements made by both candidates.

The first topic discussed was the coronavirus pandemic.

Pence also said the Obama administration left the federal stockpile of emergency medicine and supplies empty when Trump took office. FactCheck.org says that claim is false, though some materials were lacking.

The government does not publicize all of the contents of the repository, but at the time Trump took office, the Strategic National Stockpile reportedly contained vast amounts of materials that state and local health officials could use during an emergency, including vaccines, antiviral drugs, ventilators and protective gear for doctors and nurses.

The Washington Post reported on March 10 that the reserves of the N95 respirator masks — ones that can filter out at least 95% of airborne particles, according to the FDA — were not “significantly restored” after tens of millions of the devices were distributed from the stockpile during the H1N1 pandemic of 2009.

Harris was referring to a Feb. 28 campaign rally in South Carolina in which Trump said the phrases “the coronavirus” and “this is their new hoax” at separate points. Although his meaning is difficult to discern, the broader context of his words shows he was railing against Democrats for their denunciations of his administration’s coronavirus response.

“Now the Democrats are politicizing the coronavirus,” he said at the rally. “You know that, right? Coronavirus. They’re politicizing it.” He meandered briefly to the subject of the messy Democratic primary in Iowa, then the Russia investigation before returning to the pandemic. “They tried the impeachment hoax. … And this is their new hoax.”

Asked at a news conference the day after the rally to clarify his remarks, Trump said he was not referring to the coronavirus itself as a hoax.

Pence said Robert Mueller’s Russia investigation found “there was no obstruction, no collusion. Case closed. And then, Sen. Harris, you and your colleagues in the Congress tried to impeach the president of the United States over a phone call.”

The AP says that’s a mischaracterization of Mueller’s nearly 450-page report and its core findings.

Mueller did not absolve the president of obstructing the investigation into ties between Trump’s 2016 campaign and Russia. Instead, his team examined roughly a dozen episodes in which the president sought to exert his will on the probe, including by firing his FBI director and seeking the ouster of Mueller himself. Ultimately, Mueller declined to reach a conclusion on whether Trump had committed a crime, citing Justice Department policy against indicting a sitting president. That’s not the same as finding “no obstruction.”

On collusion, Mueller said he did not assess whether that occurred because it is not a legal term.

He looked into a potential criminal conspiracy between Russia and the Trump campaign and said the investigation did not collect sufficient evidence to establish criminal charges on that front.

Pence said there have been 29 Supreme Court vacancies during presidential election years and that presidents have nominated a replacement in all of those instances. Trump on Sept. 26 nominated Amy Coney Barrett to fill Ruth Bader Ginsburg’s spot.

CBS News has reported that Pence’s stat is misleading. In a review of Senate and Supreme Court records, CBS News reported that there were fewer than 29 instances of a seat opening during an election year and before an inauguration.

The candidate was either rejected or withdrawn by the president 10 times. There have been 16 vacancies before Election Day during an election year and 10 others in the months after the election but before the inauguration. Two of the 10 were new seats, filled by Andrew Jackson in 1837 before the inauguration, according to CBS News.

Pence said he and Trump have a “plan to improve health care and to protect preexisting conditions for all Americans.” But the Associated Press says there is no clear plan.

People with preexisting conditions are already protected by the Obama-era Affordable Care Act, and if the Trump administration succeeds in persuading the Supreme Court to overturn it, those protections will be jeopardy.

Pence repeated claims about the economy’s growth under the Trump administration, including touting its pace of growth as compared to other administrations.

Our partners at FactCheck.org say the economy has grown faster under other administrations. They also say the Obama administration saw 2.3% growth, compared to Trump’s 2.5%.

The pace picked up during the Trump administration but has been halted by the pandemic since March.

Biden wants to stop new oil and gas leases on public lands and waters and allow existing permits to continue. Activity on private land would move forward under his plan.

Biden has a plan to reach net-zero emissions by 2050, which would be helped by a reduction in fossil fuels, but not necessarily a ban.

Harris mentioned Trump’s 2017 tax cut, which she said benefited only the top 1% of earners in the country. That’s misleading, FactCheck.org says.

Harris said Biden will repeal Trump’s tax-cut bill on Day 1, but that’s not what Biden proposes. He would repeal some of it. He cannot repeal a law on his own, much less on his first day in office. Harris also said Biden will not raise taxes on people making under $400,000. If he were to repeal the Trump tax cuts across the board, he would be breaking that promise.

Harris also said that one in five businesses had closed because of the pandemic. That’s not accurate, as of now. There’s no telling what the final number will be on businesses that will permanently close. But the National Federation of Independent Business said in August that one in five small businesses will close if economic conditions don’t improve in the next six months.

Pence said Biden “wants to go back to the economic surrender to China.” He said Biden wants to repeal the tariffs Trump put into effect to “fight for American jobs and American workers.”

But, according to the AP, the tariffs are not the victory Pence claims they are.

Tariffs are taxes that consumers and businesses pay through higher prices. So Pence is defending tax increases. The tariffs against China caused the trade deficit in goods with China to fall in 2019. But overall U.S. economic growth slowed from 3% to 2.2% because of the trade uncertainty.

The Trump administration has not decreased the overall trade imbalance. For all trading partners, the Census Bureau said the trade deficit was $576.9 billion last year, nearly $100 billion higher than during the last year of Barack Obama’s presidency.