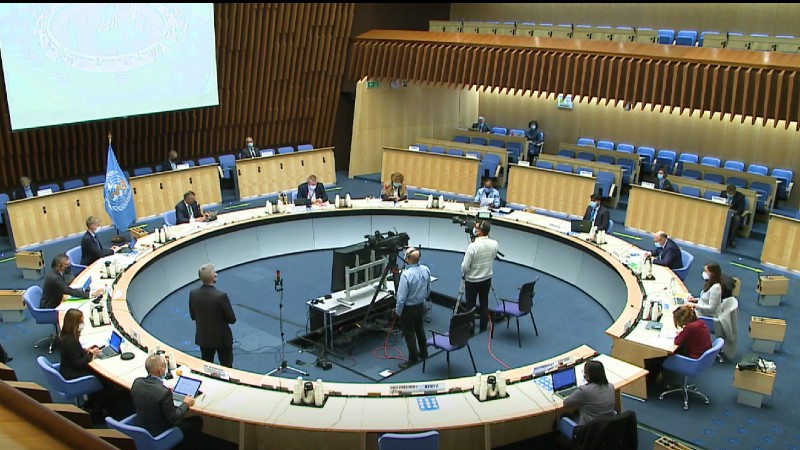 MANILA — During the two-day, semivirtual session of the World Health Organization executive board meeting this week, officials gave member states an overview of the COVID-19 response to date and provided updates on the changes that have taken place within the organization to support coronavirus response efforts.

These changes include the creation of WHO’s science division — which initiated the Solidarity Trial to compare COVID-19 treatments and assess their effectiveness — and the new emergency preparedness division under the WHO Health Emergencies Programme.

Member states also asked questions on vaccine allocation and raised concerns about the planned U.S. withdrawal from the organization.

Missing from the event, however, were the voices of civil society organizations, which expressed concern over their exclusion from the discussions.

A few member states also raised the issue of recent reports about sexual exploitation and abuse allegedly committed by WHO staff members in the Democratic Republic of the Congo. WHO Director-General Tedros Adhanom Ghebreyesus launched an investigation on the matter and said he would have “more news soon.”

“We expect those responsible will be held accountable, victims supported, and the failures of existing systems to prevent this addressed,” said a representative from Canada.

‘Do not be afraid to tell uncomfortable truths,’ Germany tells COVID-19 evaluation panels

Some member states had specific recommendations and concerns on the work of the panels tasked with reviewing the global response to the pandemic.

A major concern raised was the withdrawal of the U.S. from WHO and the impact that this will have on the organization’s resources.

Russia noted that there is a need to “analyze the legal procedures and administrative and financial procedures regarding the steps that have been taken by the United States of America against the WHO.”

The U.S., which has notified the United Nations of its intention to withdraw from WHO, insisted that there is a need to strengthen the transparency and accountability of every international organization, including WHO.

“We cannot overcome the failure of any member state to provide accurate, complete, and timely information on outbreaks and potential health emergencies,” a U.S. representative said.

Questions were also raised around WHO’s authority on travel advisories during a pandemic. Thailand noted that a number of member states did not follow WHO’s advice against travel and trade restrictions early in the COVID-19 pandemic.

Dr. Michael Ryan, executive director of the WHO Health Emergencies Programme, said that the International Health Regulations — an internationally binding treaty that outlines the obligations of WHO and member states in a public health emergency — do not prevent any country from imposing travel restrictions. They only require a public health justification from countries that decide to do so.

Under the IHR, agreed to by member states in 2005, WHO has no power to impose any travel advice on any state. However, the IHR Review Committee is looking into this specific issue.

If WHO were to be given the authority to become the arbiter between countries on what travel could or could not happen on the basis of public health, it would require massive resources, Ryan said.

A number of member states also reiterated their support for COVAX, the vaccine pillar of the Access to COVID-19 Tools Accelerator initiative. But of particular interest to countries was how vaccines under the COVAX Facility — a mechanism aimed at increasing equitable access to these vaccines — will be allocated.

Dr. Mariângela Simão, WHO assistant director-general for access to medicines and health products, said WHO is working on a proposal with Gavi, the Vaccine Alliance for a joint task force that will be responsible for the allocation proposals.

The task force will have an independent advisory group tasked with validating the proposals and will report regularly to the COVAX Shareholders Council, she said.

Tedros added that it would be difficult to have an allocation framework without political buy-in.

The proposal is to vaccinate a portion of the population in all countries, instead of all people in some countries. This may be difficult for political leaders to accept, but it would help open up the world faster to restart trade and investment, he said.

Exchanges during the special session were mainly between WHO and member states. Civil society groups, a common presence during physical meetings of the WHO executive board in the past, were not allowed to participate but instead provided written statements, which will not be included in the official records posted on the meeting’s webpage.

Thomas Schwarz, executive secretary of Medicus Mundi International – Network Health for All, said that participation of NGOs at the board meetings “has been reduced to tokenism.”

World leaders pledge $1B for ACT-Accelerator

Most of the funding went to vaccines and still leaves the accelerator with a massive funding shortfall.

Schwarz said that they were not consulted on the procedure.

“They state that the [new] modality of not including our statements in the official records is ‘following consultation with member states,’ but no details [are] available,” he said.

Loyce Pace, president and executive director of the Global Health Council, said that by leaving civil society out, WHO is losing out on potential helpers.

“I think in an emergency is when we absolutely need to address [the issue of meaningful engagement with civil society], because we need all hands on deck. And that was our argument with Tedros and his team back in May, to say … ‘You’re missing an entire [group] of helpers by sort of not having a clear and more concrete opportunity for bringing us to the table,’” she said.

WHO maintains that both its member states and the secretariat recognize the vital role of nonstate actors in global health.

In a statement, the organization stated that “the Secretariat maintains ongoing dialogue and collaboration with non-state actors through a variety of channels throughout the year and at the three levels of the organization. We remain committed to their meaningful participation in deliberations of the governing bodies.”

But Schwarz said more engagement is needed. Though Tedros has an ongoing online dialogue series with CSOs that started in September, he says the dialogues “cannot replace but only complement proper hearings and consultations and the formal participation of civil society in WHO governance.”