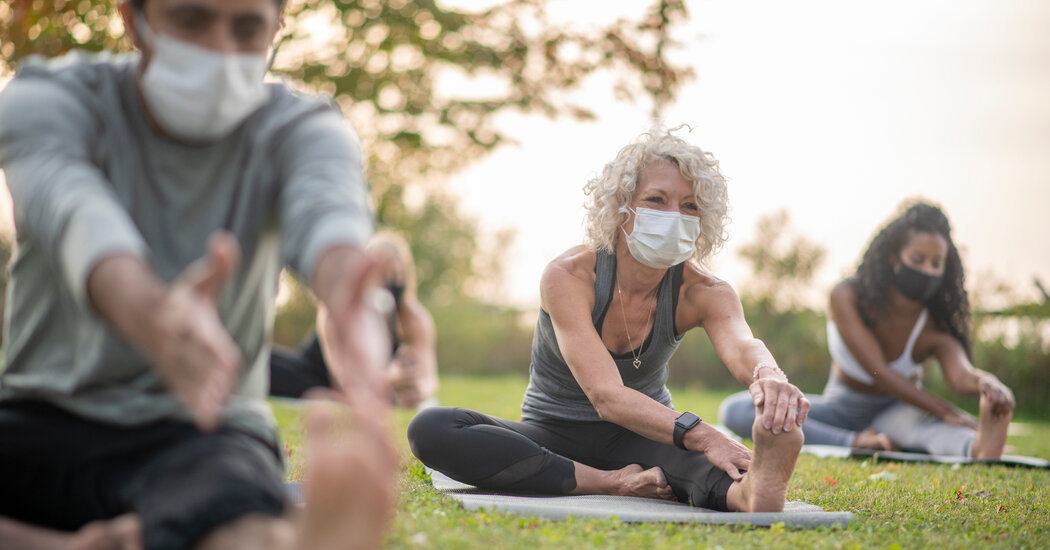 It also helped that she was no longer able to go out for meals and had to cook at home, where she prepared healthy meals for herself, like chicken, fish and salads. Rather than vodka on the rocks, her previous cocktail of choice, she diluted her vodka with mineral water and a splash of cranberry juice. “Quarantine gave me time to be creative with the meals I was eating,” she said.

Another reason many people gained weight is that they stopped planning their meals in advance. Without planning ahead, they would just grab whatever was available.

“Before shelter in place they would prep their meals and sort of had a plan,” said Dr. Rami Bailony, the co-founder and chief executive of Enara Health, a digital membership weight loss clinic. “Once Covid hit they thought they could cook something up that was healthy. But once you’re thinking about eating in the moment you tend to go with what’s expedient.”

When the pandemic started, Mindy Bachrach, 58, a home health occupational therapist in Henderson, Nev., soothed herself with sugary and high fat foods. As an essential worker, she was working pretty much all of her waking hours. “I have a weird job, I eat in my car all the time,” she said. “If I don’t prepare very carefully, I end up getting fast food, which I don’t even like.”

After two weeks, her pants were tighter. As someone who had lost and regained dozens of pounds in her life, she panicked. “I decided I had to do something,” she said. “If I didn’t, things were going to get out of control.”

She went on the Whole 30 plan, which eliminates processed foods, sugar and sugar substitutes, alcohol, grains, dairy and most legumes. She also stopped weighing herself. “I wanted the focus to be on how foods made me feel and not weight loss itself,” she said. Thirty days later, she stepped on the scale and was down 20 pounds.

Randy Garcia, 42, of Dallas, has lost 104 pounds since July, 2019, with the help of Enara, which connects members with a doctor, dietitian and exercise coach and costs $400 a month.