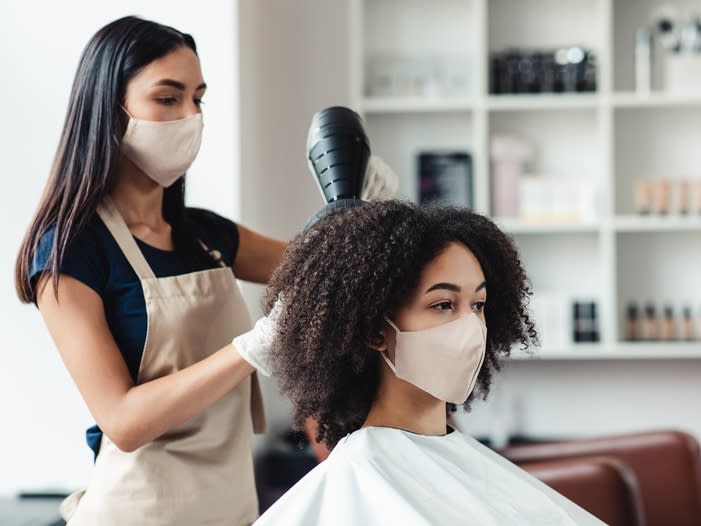 According to the HCA, hospitalizations increased from 155 Sunday to 168 Monday, with the number of patients in intensive care jumping up from 47 to 53. The change in 3-day average hospitalized patients stands at -7.1 percent.

Orange County CEO Frank Kim said Friday he was watching the numbers carefully. He said he was “concerned” that daily case rates crept upward last week, going above the 200 mark on Friday.

“I want to see those numbers smaller… The general trend is a slow, steady rise in caseloads. We’re not seeing any significant particular industry sector that is causing it. It’s generally throughout the community.”

One of the thorniest problems is young adults renting out vacation residences for parties, according to Kim.

The positivity rate, which is reported each Tuesday, stands at 3.1 percent, the same as the week before, but the daily case rate per 100,000 people went up from 3.6 to 4.4, which is higher than the cutoff of 3.9 to qualify for a move from the red to the orange tier in the state’s coronavirus monitoring system.

“We’ve had a few days of uptick in numbers, small but significant to affect our tier system,” Dr. Clayton Chau, the director of the OCHCA and the county’s chief health officer, said last week.

Students returning to school don’t appear to have been an issue, according to Dr. Matthew Zahn, the medical director of the county’s communicable disease control division.

“At this point, we see really minimal activity,” Zahn said last week. “What we’ve seen so far is quite encouraging.”

County Supervisor Lisa Bartlett has said there is concern about a seesawing back and forth between the red and orange tiers because if the county has to step back a tier, that locks it into place for at least three weeks even if the metrics match a less-restrictive tier.

Across Orange County cities, here is the most recent Coronavirus Case Counts as of Monday:

State officials were expected on Friday to announce new guidelines for mass gatherings, but stopped short of doing so, heading back to the drawing board with themepark leaders.

Read: Disneyland Resort Reopening Guidelines Back To Drawing Board

The mass gatherings include theme parks, concerts and sporting events. The expectation was that those types of activities will not be allowed until a county moves up to the least restrictive tier of yellow, which could take months.

The orange tier boosts capacity for churches, restaurants, movies, museums, zoos and aquariums from 25% capacity to half capacity. Gyms and fitness centers could boost capacity from 10% to 25% and reopen pools.

Trapped In A Storm Drain For Days, ‘Help!’ Call Answered At Last

How Safe Is Your Vote In OC? Top Officials Talk Voting Fraud-Free

This article originally appeared on the Orange County Patch