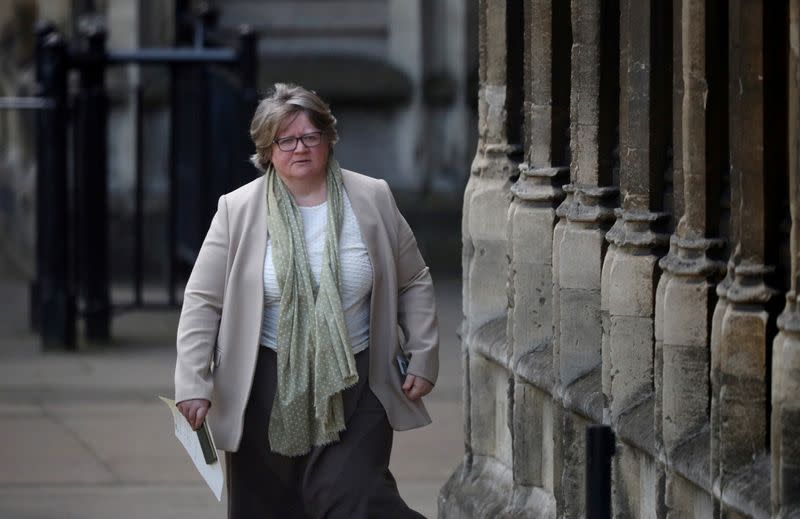 LONDON (Reuters) – British Prime Minister Boris Johnson on Monday sought to play down a failure in England’s COVID-19 testing data system that delayed 15,841 results, saying the much higher updated figures were more in line with forecasts of the outbreak’s spread.

The glitch is likely to cast further doubt over Johnson’s handling of the coronavirus pandemic: his Conservative government’s response has been cast by political opponents as slow, poorly organised and confusing.

On Sunday, authorities reported a jump in daily COVID-19 cases to a record 22,961, after saying a technical issue had meant that thousands of test results had not been transferred into computer systems on time, including for contact tracers.

“The incidence that we’re seeing in the cases really sort of corresponds to pretty much where we thought we were,” Johnson said, speaking to reporters.

“To be frank, I think that the slightly lower numbers that we’d seen didn’t really reflect where we thought that the disease was likely to go, so I think these numbers are realistic,” said Johnson.

Health Secretary Matt Hancock will update parliament on the mishap later on Monday, he said.

Johnson, who earlier this year promised a “world-beating” test-and-trace system, has more recently said there have been missteps but that the government has been confronted with the biggest health crisis since the 1918 influenza outbreak.

The technical glitch, which was identified on Friday and has now been resolved, led to 15,841 cases not being uploaded into reporting dashboards used by the National Health Service (NHS) contact-tracing system.

“We fully understand the concern this may cause and further robust measures have been put in place as a result,” said Michael Brodie, the interim chief executive of Public Health England, the government-funded body in charge of public health management in Britain’s biggest region.

PHE said that all the people concerned had been given their test results in a timely fashion, and that those who had tested positive had been told to self-isolate.

Asked about a vaccine, Johnson said it felt like an AstraZeneca project must be on the verge of one.

“We are working very very hard to get one,” Johnson said of a vaccine. “We are not there yet.”

“I went to see the scientists at Oxford at the Jenner Institute, the AstraZeneca team – incredible what they’re doing. You know you really feel they must be on the verge of it, but its got to be properly tested,” Johnson said.