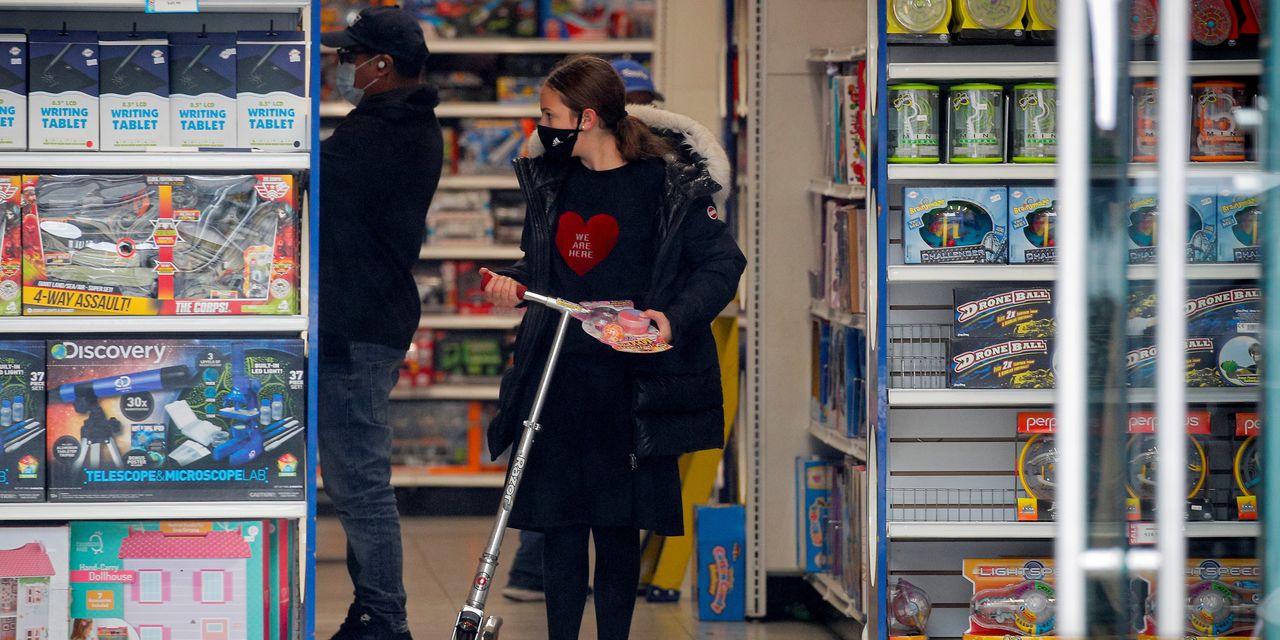 Daily new U.S. coronavirus infections increased from a day earlier, as did the number of people hospitalized.

The U.S. reported more than 52,000 new Covid-19 cases on Tuesday, up from 41,653 on Monday, according to data compiled by Johns Hopkins University. Total cases reported now exceed 7.8 million, with nearly 216,000 deaths.

Latest on the Virus

World-wide, more than 38.1 million people have been infected and nearly 1.1 million have died, according to the Johns Hopkins data.

The number of people hospitalized for Covid-19 in the U.S. as of Tuesday was 36,034, the highest since Aug. 29, according to the Covid Tracking Project—though still lower than July’s peaks of more than 59,000.

hopes to know within days whether it can resume testing its Covid-19 vaccine, paused after the unexplained illness of a study volunteer. The illness is “still under investigation and we’re going to let that process play out,” J&J Chief Financial Officer Joseph Wolk said Tuesday. The company hopes the pause will last only a few days, he said.

& Co. Covid-19 treatment has also been paused, the company said, due to a potential safety concern.

These setbacks, along with

pause a little more than a month ago, illustrate the challenges of vaccine development. It typically takes years to go from laboratory to distribution, but the pandemic has forced a much more ambitious time frame.

Trump administration:President Trump again took aim at his administration’s top infectious-disease expert, Anthony Fauci, after the doctor said a Trump campaign ad had featured his comments out of context and without his permission.

“Tony’s pitching arm is far more accurate than his prognostications. ‘No problem, no masks,’” Mr. Trump tweeted Tuesday morning, linking to a CNN article on Dr. Fauci’s criticism of the campaign ad, which features footage of the doctor saying, “I can’t imagine that anybody could be doing more.”

Dr. Fauci in July bungled the first pitch before a Nationals-Yankees game, for which he blamed a sore arm. The president’s tweet appeared to be a reference to skepticism Dr. Fauci expressed about masks in March, a position he later reversed.

New York: New York City this week faces a crucial test of its effort to prevent a second wave of Covid-19 by enforcing targeted shutdowns in areas that have emerged as coronavirus hot spots. Mayor Bill de Blasio said Tuesday that aggressive outreach and testing, combined with tighter social-distancing restrictions, have already led to some “leveling off” in so-called red zones, where the rate of positive tests is the highest. The measures take a tiered approach, with hot spots identified as red, orange or yellow.

In the red zones, which span parts of Brooklyn, Queens, Rockland and Orange counties, schools and nonessential businesses have been closed. Mass gatherings are off-limits and houses of worship are restricted to no more than 25% capacity or 10 people. Orange and yellow zones face fewer restrictions.

Note: Last updated on Negative values are
due to revised figures.

Entertainment: As Hollywood resumes production, fear of Covid-19 is changing how television gets made. Wherever possible, producers are avoiding scenes with crowds, guest stars or intimacy between characters. Crew members have backups in case they get sick. Special cameras give the illusion that actors are near each other when they are far apart.

India: The country with the second-highest number of reported infections after the U.S. added 63,509 new cases in the past day, taking its total to about 7.24 million, according to data from the health ministry Wednesday. Some 110,000 people there have died, including 730 in the past day.

Mexico: Mexico signed agreements Tuesday with three companies developing Covid-19 vaccines, and it expects to secure doses for more than 100 million people through 2021. Mexico will buy eventual vaccines for 39 million people from AstraZeneca PLC of the U.K., as many as 17 million from

and 35 million from China’s

It is also participating in the international vaccine alliance Covax, through which it expects to obtain doses for about 26 million people. Mexico’s population numbers about 129 million.

South Korea: More than 50 patients and workers at a nursing hospital in the southern port city of Busan have tested positive, including one who died. But the country has relaxed social-distancing regulations, as an outbreak that began in mid-August has mostly stayed below 100 cases a day. Tuesday’s tally was 84, bringing total cases to 24,889.

Australia: The state of New South Wales is at risk of a surge in cases, warned Premier Gladys Berejiklian, who said the state was “on the verge of being where it was” in early July, when an infected man from neighboring Victoria state sparked a large cluster of cases at a hotel in Sydney’s southwest. New South Wales recorded 11 new cases as of Tuesday. Australia’s daily new cases peaked at 716 on July 29, according to Johns Hopkins data.

Japan: The country on Wednesday reported 500 new cases, returning to recent levels of infections after a dip in the past two days due to fewer tests on the weekend. The country now has reported more than 90,100 cases and 1,638 deaths, including four fatalities logged Wednesday.