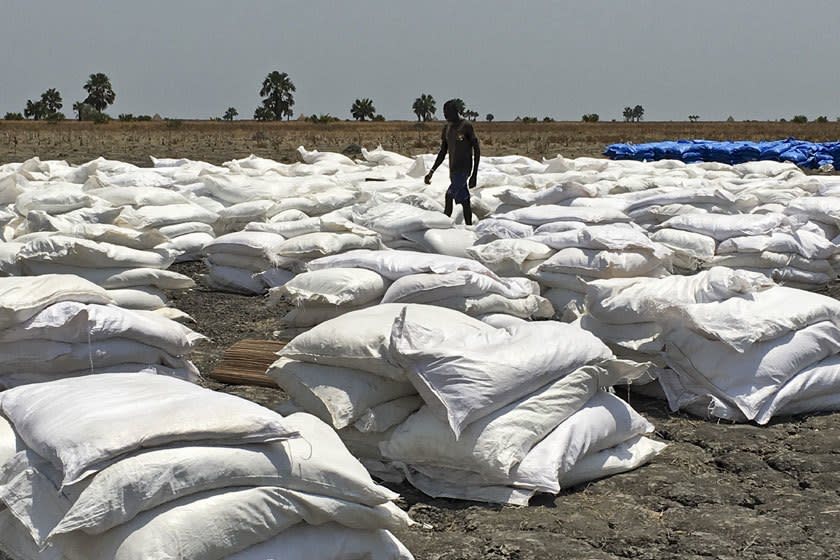 The United Nations’ World Food Program was awarded the Nobel Peace Prize on Friday in recognition of its efforts to fight hunger across the globe.

The Norwegian Nobel Institute paid tribute to the organization “for its efforts to combat hunger, for its contribution to bettering conditions for peace in conflict-affected areas and for acting as a driving force in efforts to prevent the use of hunger as a weapon of war and conflict.”

The prize committee said that 135 million people suffered from acute hunger in 2019, the most in years. The COVID-19 crisis has increased that number.

“The combination of violent conflict and the pandemic has led to a dramatic rise in the number of people living on the brink of starvation,” Berit Reiss-Andersen, chairwoman of the Norwegian Nobel Committee, said at the announcement ceremony in Oslo. “In the face of the pandemic, the World Food Program has demonstrated an impressive ability to intensify its efforts.”

The agency was founded in in 1962, on the initiative of President Dwight D. Eisenhower, and was quickly put to the test within months by a devastating earthquake in Iran. It now operates in more than 80 countries, including some of the world’s most dangerous — and deprived — war-torn areas, such as Yemen. Last year, it provided relief to 97 million people, the most in eight years, delivering food and working to build up community resilience.

Reiss-Andersen said that, at a time when many nations are turning inward, awarding the prize to the WFP aimed to highlight the importance of collaboration in the face of crises such as the COVID-19 pandemic, in which “we are all, to a certain extent, in the same boat.”

“Multilateral cooperation is absolutely necessary to combat global challenges, and multilateralism seems to have a lack of respect these days,” she said, in a veiled swipe at countries such as the U.S., which under the Trump administration has pulled out of international accords, expressed skepticism of such alliances as NATO and suspended funding to the World Health Organization.

The WFP expressed its “deepest thanks” for being chosen to receive what is arguably the most prestigious of the Nobel Prizes. “This is a powerful reminder to the world that peace and #ZeroHunger go hand-in-hand,” the organization tweeted.

The 101st Nobel Peace Prize to be awarded since 1901 was announced in Oslo, the Norwegian capital, at a much more scaled-down event than in years past because of the COVID-19 pandemic. Only a handful of journalists and photographers were permitted inside the Nobel Institute because of public health rules.

The customary Dec. 10 ceremony where the award is handed out, on the anniversary of the death of prize founder Alfred Nobel, has also been replaced with a more austere event — without the usual banquet and concert — to be held at the University of Oslo.

The 318 candidates nominated for the peace prize this year included 211 individuals and 107 organizations, the fourth-largest pool in the award’s history.

The Nobel Institute doesn’t disclose the names of nominees, but others believed to be in the running included Russian opposition figure Alexei Navalny, Hong Kong pro-democracy leaders and Sudanese student activist Alaa Salah, who helped lead a popular uprising that toppled the African nation’s authoritarian leader.

Nominations for this year’s prize had to be submitted before Feb. 1. The WHO’s declaration of the COVID-19 outbreak to be a pandemic, which catapulted the Geneva-based organization into the global spotlight, did not occur until several weeks later, which made its chances of nabbing this year’s Peace Prize seem less likely.

This year’s Nobel Prizes include a cash award of 10 million Swedish krona, or about $1.1 million.

Earlier this week, the Nobel Committee unveiled the recipients of the prizes for medicine, physics, chemistry and literature. Americans shared in all of those awards.

The prize for economics will be announced Monday.