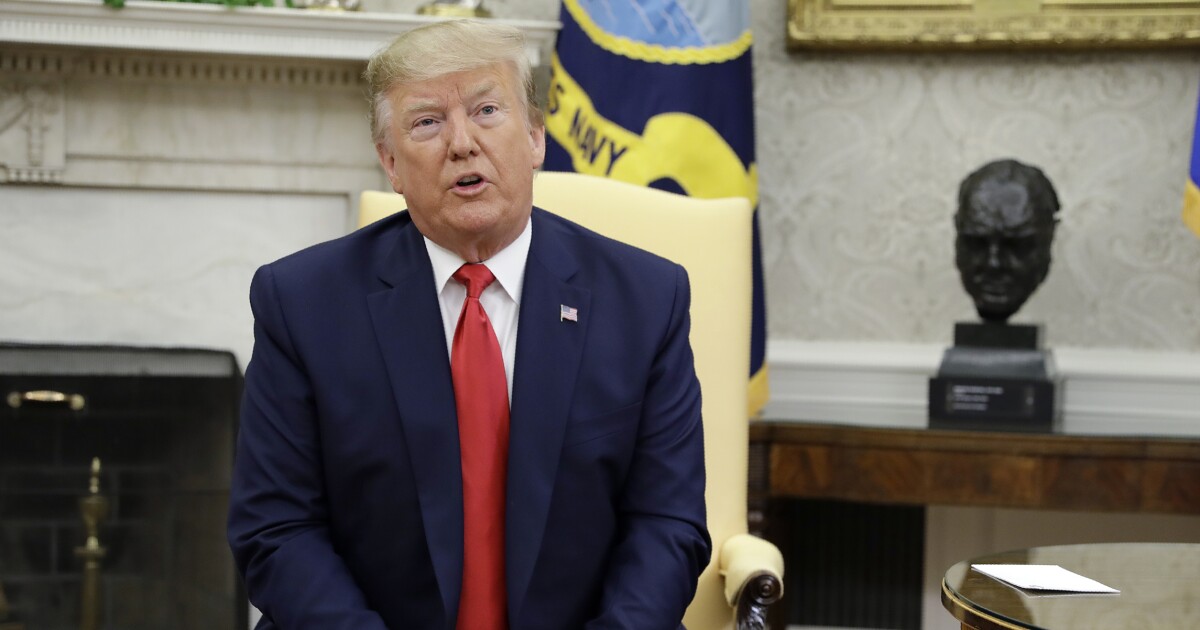 Twitter censored a tweet from President Trump as “misleading” for saying he’s “immune” to COVID-19 and can’t spread the virus.

“A total and complete sign off from White House Doctors yesterday. That means I can’t get it (immune), and can’t give it. Very nice to know!!!” Trump tweeted Sunday.

A total and complete sign off from White House Doctors yesterday. That means I can’t get it (immune), and can’t give it. Very nice to know!!!

The tech giant censored the tweet later that day, labeling it “misleading.”

“This Tweet violated the Twitter Rules about spreading misleading and potentially harmful information related to COVID-19. However, Twitter has determined that it may be in the public’s interest for the Tweet to remain accessible,” reads a message that now appears over the president’s tweet.

“Flu season is coming up! Many people every year, sometimes over 100,000, and despite the Vaccine, die from the Flu,” Trump said in the post. “Are we going to close down our Country? No, we have learned to live with it, just like we are learning to live with Covid, in most populations far less lethal!!!”

Facebook removed the message, saying, “We remove incorrect information about the severity of COVID-19, and have now removed this post.”

Twitter kept the president’s tweet live but issued the same message it did Sunday, saying it violated the company’s rules on “spreading misleading and potentially harmful information related to COVID-19.”

Dr. Sean Conley, Trump’s physician, released a memo Saturday evening saying the president is “no longer considered a transmission risk to others.”

“I just left Walter Reed Medical Center, and it’s really something very special, the doctors, the nurses, the first responders — and I learned so much about coronavirus, and one thing that’s for certain, don’t let it dominate you,” Trump said at the time.