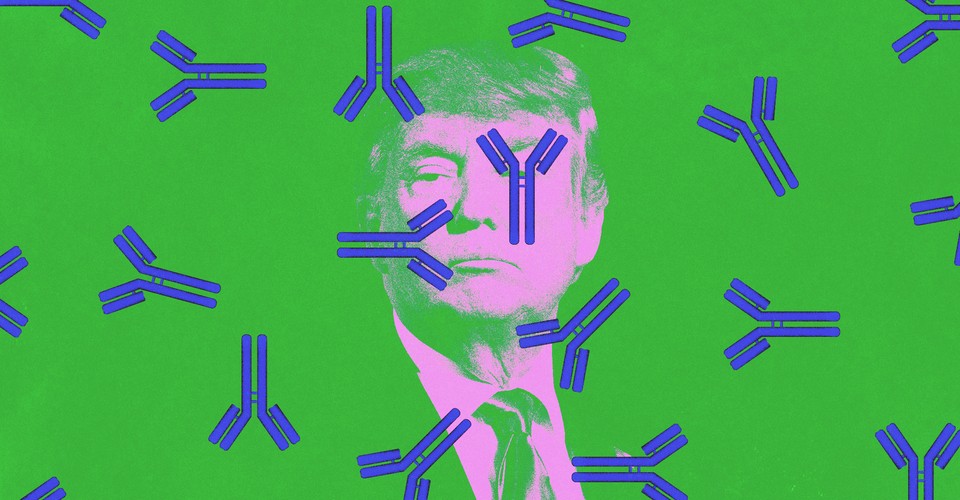 First, there simply are not yet enough doses in the world. Regeneron currently has enough doses for 50,000 patients. Eli Lilly, which makes a different COVID-19 monoclonal-antibody therapy that is also in clinical trials, says it will have 100,000 doses in October. To put that in context, the United States has 50,000 new cases of COVID-19 every day.

The manufacturing of monoclonal antibodies can’t just scale up on a dime to treat everyone, says Howard Levine, who leads a group of pharmaceutical manufacturing consultants at BioProcess Technology Group. The antibodies are made inside large stainless-steel tanks using genetically engineered ovary cells from hamsters. Like all living things, they can grow only so fast. The tanks are also sophisticated pieces of equipment that can take months to install, Levine says. Regeneron and Eli Lilly have already been increasing manufacturing capacity, and they expect to have 300,000 and 1 million doses, respectively, by the end of the year. The two companies have recently also filed for an emergency use authorization—a looser and faster process than formal approval by the Food and Drug Administration—-which Trump says will come soon.

But doctors will have to make the decision early in the course of illness, before those patients get seriously sick. Monoclonal antibodies are likely to work best when the virus is still trying to gain a foothold in the body. In general, you want to “stop the replication of a microbe—in this case, the virus—at the earliest point in time,” Cohen says. But stopping the virus depends on patients being able to get tested for COVID-19 early, receive their results quickly, and go to a hospital that stocks an experimental treatment before they really even need hospitalization. For now, monoclonal antibodies have to be administered through an IV, so they can’t be offered at pharmacies or at most doctor’s offices.

These hurdles don’t pose a problem for the president, who has the very best medical care the country has to offer. But as my colleague Olga Khazan writes, COVID-19 treatment is markedly less comprehensive and accessible for the average person. Ordinary Americans have repeatedly, in the course of this pandemic, experienced delays in testing. And when the U.S. earlier this year began allocating initially scarce doses of the antiviral drug remdesivir, which Trump has also taken, many hospitals came up empty-handed.