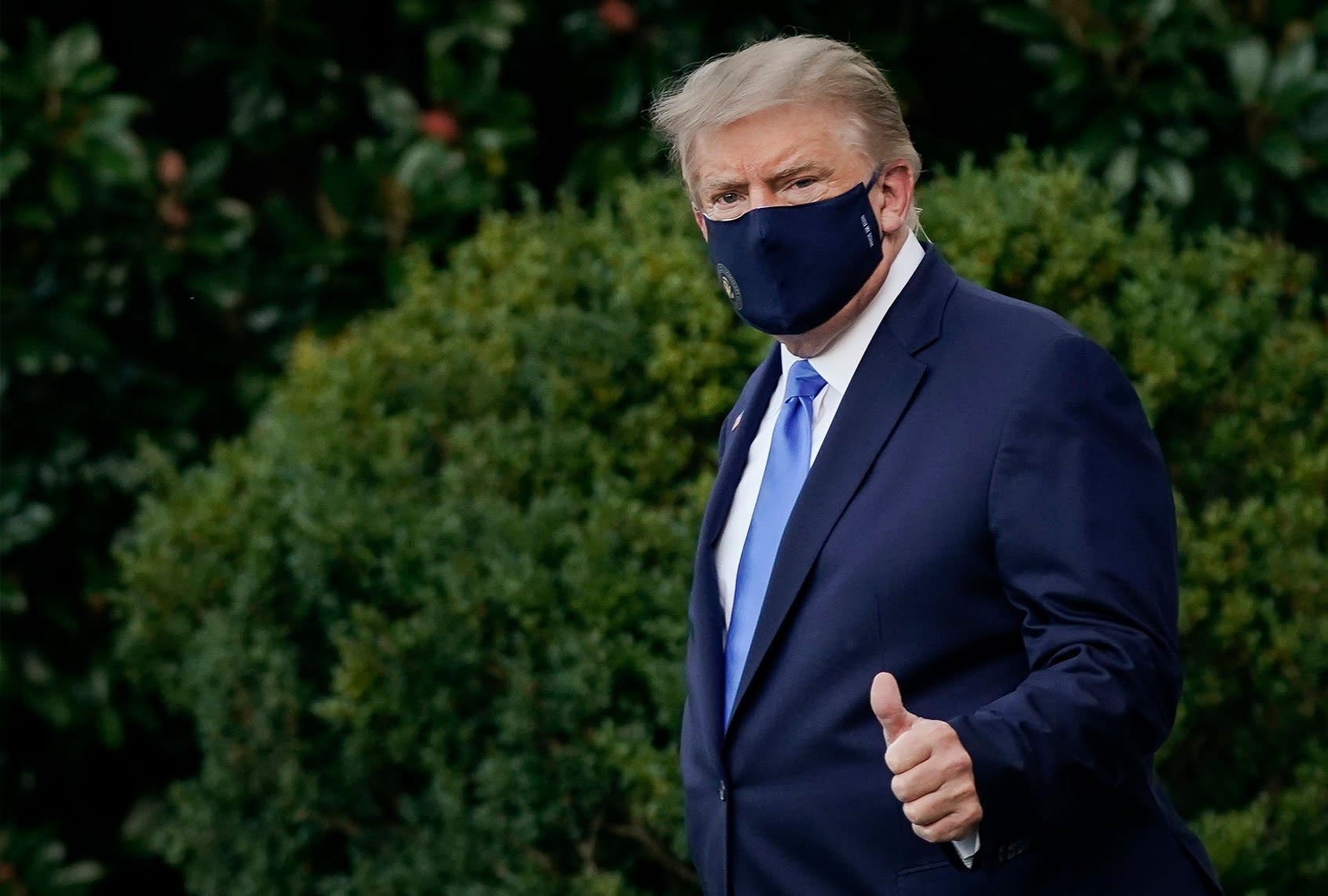 President Donald Trump has not been shy in his praise for the experimental COVID-19 treatments he received after testing positive last week. In videos posted to Twitter, the president has falsely hailed the therapeutics as “cures” and “miracles coming down from God.”

One of the treatments made available to Trump would have been defeated by his own efforts to thwart the scientific research that made it possible: fetal cell tissue from abortions.

According to Trump’s personal physician, Dr. Sean Conley, the president received a high-dose infusion of monoclonal antibodies last Friday as part of his treatment for COVID-19 infection. Trump was one of the first 10 patients who received the treatment under “compassionate use” emergency access, Salon earlier reported. Several hours after the injection, the president was flown to Walter Reed Medical Center.

The fully-human antibody molecules, made by the pharmaceutical company Regeneron, come from two sources: antibodies identified from humans who have recovered from COVID-19 and the company’s “VelocImmune” mice, which have been genetically modified to have a human immune system, according to a statement provided to Salon by the drug manufacturer.

The lab tests used to evaluate the effectiveness of the antibodies were derived from what the MIT Technology Review pointed out was a standard cell supply known as HEK 293T. It originated as kidney tissue derived from an abortion in the Netherlands in 1973, the same year Roe v. Wade was decided.

Those cells have since been “immortalized” in labs — they keep dividing endlessly, similar to cancerous growth — and have gone through other genetic changes, according to MIT. Over such a length of time, they can become disassociated from their origin.

“It’s how you want to parse it,” a Regeneron spokesperson told MIT. “But the 293T cell lines available today are not considered fetal tissue, and we did not otherwise use fetal tissue.”

But the line connecting the cell lines remains unbroken. The president undeniably benefited medically from cells originating from aborted fetuses.

Regeneron told MIT that other labs also use 293T cells to make what it describes as “pseudoparticles,” or virus-like bodies which have the coronavirus’ “spike” protein. Those particles are necessary in order to test how different antibodies work against the virus. Both antibodies in Regeneron’s treatment would have gone through those tests, MIT reported.

The Trump administration has restricted medical research using fetal tissue from abortions. In 2019, Trump himself overrode top administration scientists, such as Secretary of Health and Human Services (HHS) Alex Azar, and tightened the reins on the National Institutes of Health (NIH) to fund such research. It was an effort pushed by Vice President Mike Pence in an apparent appeal to religious conservative voters.

“This is a major pro-life victory, and we thank President Trump for taking decisive action,” Marjorie Dannenfelser, president of the Susan B. Anthony List, a lobbying group which opposes abortion, said at the time. “It is outrageous and disgusting that we have been complicit, through our taxpayer dollars, in the experimentation using baby body parts.”

Sometime that year, the Food and Drug Administration website removed a PDF explaining the genesis and use of HEK 293 fetal cells, according to Salon’s search of the Internet Archive.

This August, the Human Fetal Tissue Research Ethics Advisory Board — which the HHS established in February, and comprises a number of anti-abortion appointees — recommended that Azar not fund 13 out of 14 research proposals which incorporated fetal cells.

While those rejections keyed in on blocking access to new abortion tissue — as opposed to research involving common cell lines already in use for many years — some scientists want to study abortion tissue precisely so they can create new cell lines.

According to a statement provided by Regeneron to Salon, development and manufacturing of the president’s “miracle” antibody cocktail was accomplished in part with federal funds from the Biomedical Advanced Research and Development Authority (BARDA), which operates under the HHS and partners with the NIH, whose funding for research has been targeted by Trump and other administration conservatives.

In a video posted Wednesday to social media, Trump said he would make the abortion derived treatment available to COVID-19 patients “for free.”