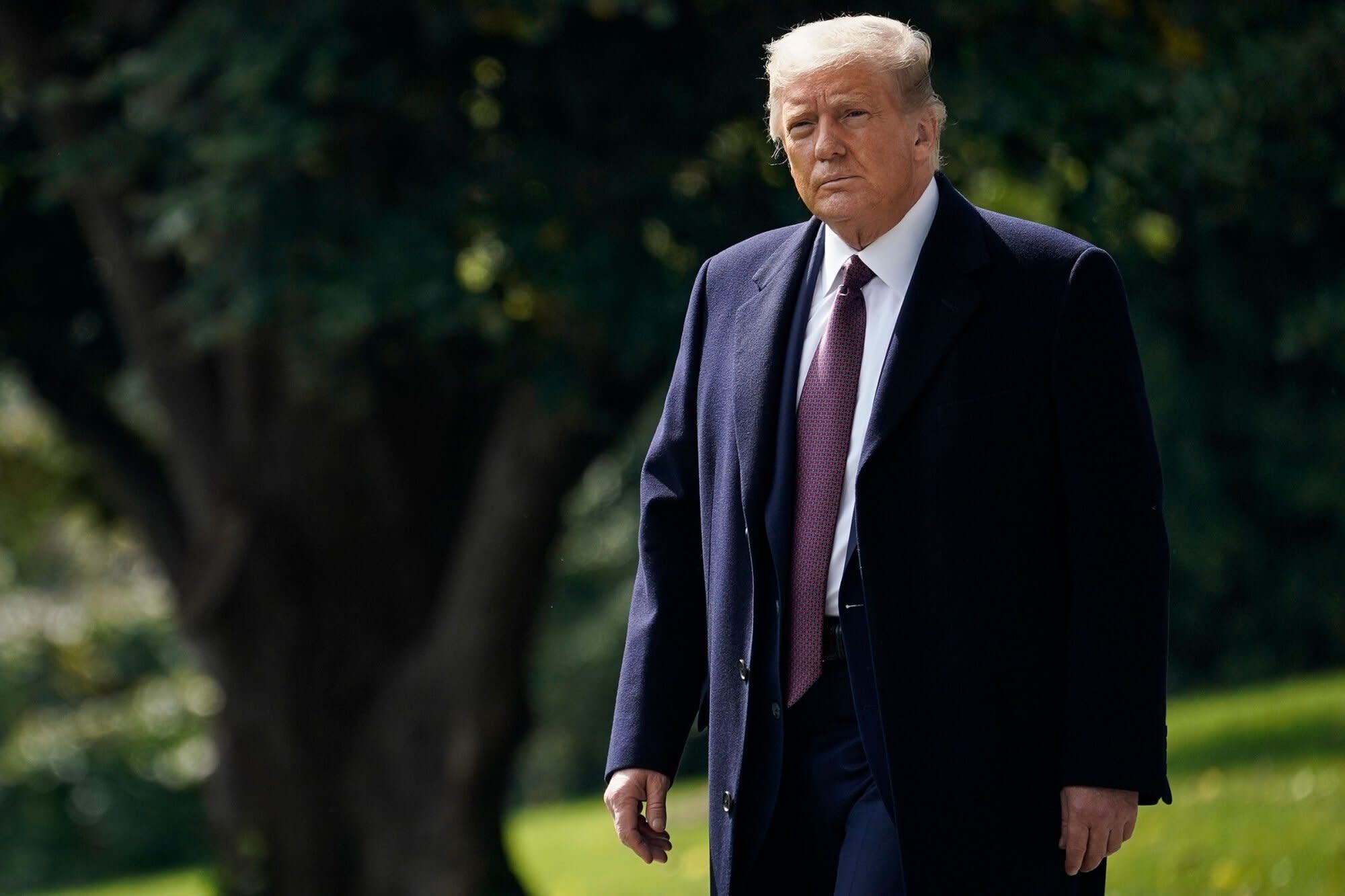 Following Dr. Sean Conley’s address on Saturday morning outside of Walter Reed hospital, where Trump is scheduled to remain under observation for several days, a White House official said in a pool report that Trump’s vitals are “very concerning.”

“The president’s vitals over the last 24 hours were very concerning and the next 48 hours will be critical in terms of his care. We’re still not on a clear path to a full recovery,” the statement read.

The update from the anonymous source raises questions about Trump’s health as Conley shared vastly different information about the president, reporting that he was “doing great.”

“As reported yesterday, in consultation with this group I recommended we bring the president up to Walter Reed as a precautionary measure to provide state of the art monitoring and any care he might need,” Conley said during the Saturday morning press conference. “At this time the team and I are extremely happy with the progress the president has made.”

“The president’s been fever free for over 24 hours. We remain cautiously optimistic, but he’s doing great,” he added later, noting that his other symptoms, which included fatigue, “are now resolving and improving.”

During the press conference, Conley said they were “72 hours into the diagnosis.”

However, Conley later clarified in a press release that he misspoke about Trump’s diagnosis timeline.

Conley added, “The President was first diagnosed with COVID-19 on the evening of Thursday, October 1st and had received Regeron’s [sic] antibody cocktail on Friday, October 2nd.”

Another one of his physicians added during the conference that the president was not currently on oxygen or “having difficulty breathing” and was able to walk around. Dr. Sean Dooley also added that the president made a comment that day saying, “I feel like I could walk out of here today,” which the physician described as a “very encouraging” comment.

Trump’s doctors also said they plan to continue carrying out a five-day treatment plan of Remdesivir.

The president, 74, publicly revealed his coronavirus diagnosis in a tweet on early Friday morning.

And on Saturday afternoon, Trump praised the “Doctors, Nurses and ALL at the GREAT Walter Reed Medical Center” on Twitter and reported that he is “feeling well!”

RELATED: Trump’s Doctor Says ‘We Are 72 Hours Into This Diagnosis,’ Evades Questions on President’s Fever

First Lady Melania Trump is said to be doing well and is “convalescing at home.”

On Friday, shortly after heading to the hospital, where Trump’s staff said he would remain for several days “out of an abundance of caution,” the president released a video statement on social media. “I want to thank everybody for the tremendous support. I’m going to Walter Reed hospital. I think I’m doing very well, but we’re going to make sure that things work out,” Trump said in the video.

Later on Friday night, Conley said in a statement he had recommended the president be moved to the hospital for “further monitoring.”

“This evening I am happy to report that the president is doing very well,” the doctor said.

“He is not requiring any supplementary oxygen, but in consultation with specialists, we have elected to initiate Remdesivir therapy [an antiviral medication]. He has completed his first does and is resting comfortably.”

Earlier that day, Trump also received an 8-gram dose of an experiential treatment from pharmaceutical company Regeneron. The treatment — which not yet approved, and still undergoing human trials — uses lab-engineered antibodies to target COVID-19 and to hopefully stop the virus from spreading in the body.

It remains unclear how Trump and his wife got sick, although a number of lawmakers and advisors he has recently come into contact with have since tested positive.