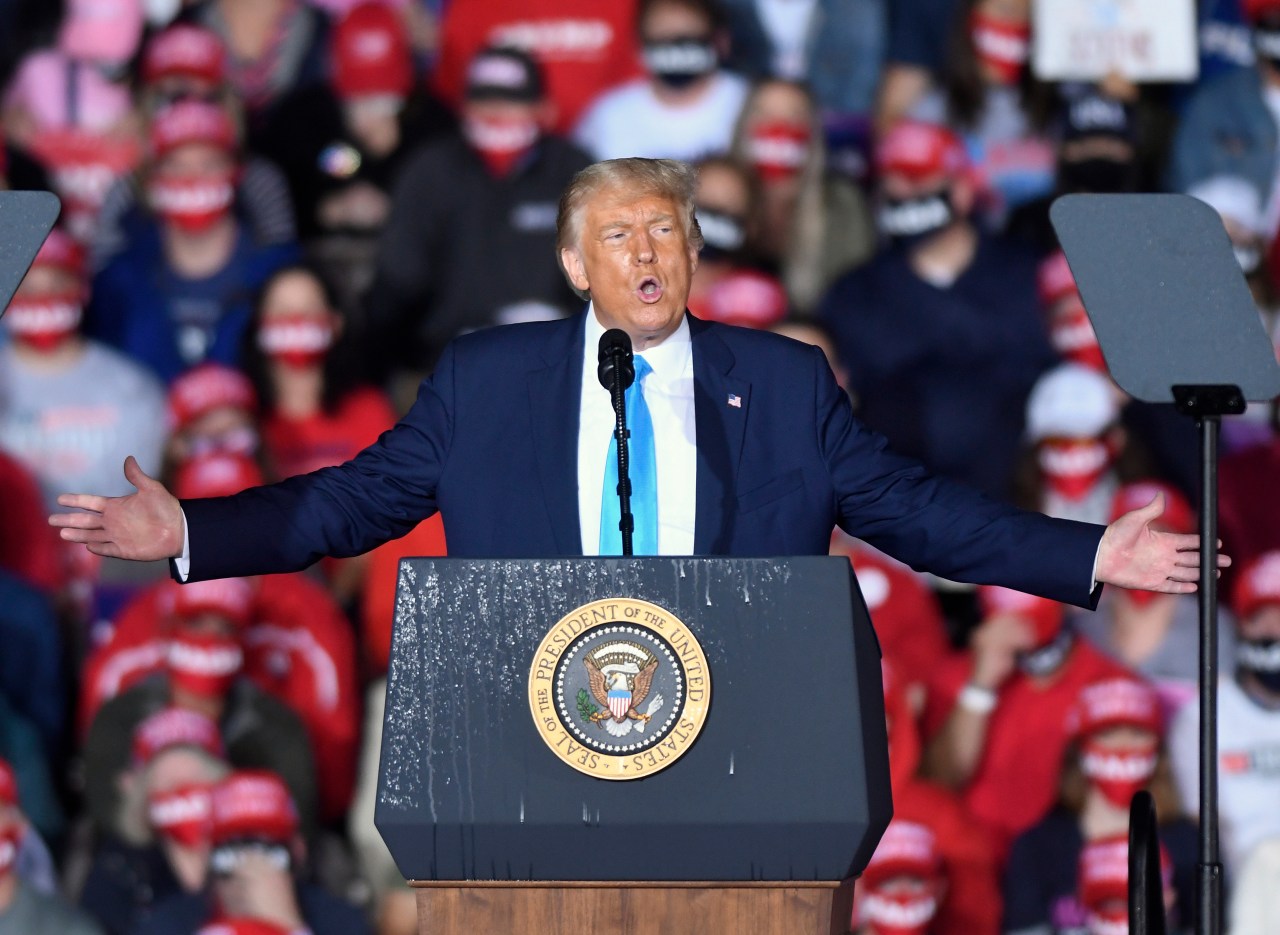 President Donald Trump has several strikes against him — age, obesity, elevated cholesterol and being male — that could put him at greater risk of becoming seriously ill from the coronavirus infection he disclosed early Friday.

Trump and first lady Melania Trump, who also tested positive, “are both well at this time” according to a statement from his physician, Dr. Sean Conley.

A White House official said Friday that Trump was having mild symptoms.

“The odds are far and away that he’ll have a mild illness” as most people with the virus do, said Dr. Gregory Poland, an infectious disease specialist at the Mayo Clinic who has no role in Trump’s care.

But COVID-19 is very unpredictable, he stressed.

“We have young people who die. We have nursing home patients, a lot of them, who actually do quite well,” Poland said.

No treatments have proven effective for preventing illness in someone with no or mild symptoms, but Conley said Trump was given an experimental drug aimed at supplying antibodies to help fight the infection.

Here’s what experts say about Trump’s outlook and next steps.

Infection causes mild or no symptoms in about 80% of cases. About 15% of people become seriously ill and 5% get critically ill.

Symptoms, when they do occur, usually appear two to 14 days after infection and can include loss of smell or taste, coughing, a sore throat, trouble breathing, fatigue, muscle or body aches, headache, nausea or vomiting, diarrhea and fever.

Up to half of patients who are hospitalized don’t have a fever when admitted but nearly all develop one. How people fare varies widely — some seem to be recovering and then suddenly worsen.

Pneumonia, often with a specific appearance on X-rays, sometimes develops but complications in virtually every organ of the body have been reported.

Doctors also increasingly recognize that some people have long-lasting symptoms.

Older age, being male and having any other health problems increase the chance of severe illness, and Trump has those.

At 74, “his age would be the primary risk factor,” said Dr. David Banach, an infectious diseases physician at the University of Connecticut’s health system.

People ages 65 to 74 are seven times more likely to be hospitalized for COVID-19 than those who are 18 to 29 years old, according to the U.S. Centers for Disease Control and Prevention. The risks rise exponentially at older ages.

Trump also is obese, with a body mass index just past 30.

Trump takes a statin drug to lower his cholesterol, and that condition also raises his risk for COVID-19 complications, doctors said.

There’s no need yet for tests such as X-rays, but doctors likely will check him often for any difficulty breathing, coughing or other symptoms, Banach said.

No drugs are known to help for people with no or very mild symptoms. Remdesivir and steroids have shown benefit for certain moderately and severely ill patients.

But Trump was given an experimental antibody drug that’s currently in late-stage studies from Regeneron Pharmaceuticals Inc.

Antibodies are proteins the body makes when an infection occurs. They attach to a virus and help it be eliminated. The Regeneron drug is made with purified versions of two such antibodies.

Biden said Friday on Twitter that he and his wife, Jill, tested negative.

Dr. George Abraham, who heads the infectious disease board for the American Board of Internal Medicine, warned that “a negative test doesn’t guarantee that someone is not harboring virus” because there might be too little to detect early in infection.

“This is a wakeup call” that shows the need for social distancing, wearing masks and other measures to reduce spread, Abraham said.

Biden similarly tweeted, “I hope this serves as a reminder: wear a mask, keep social distance, and wash your hands.”

A myriad of other people who have been around Trump in the previous 48 hours are at risk, doctors said.

“Contact tracing is going to be really important,” Banach said. “The president comes into contact with many individuals during the day.”