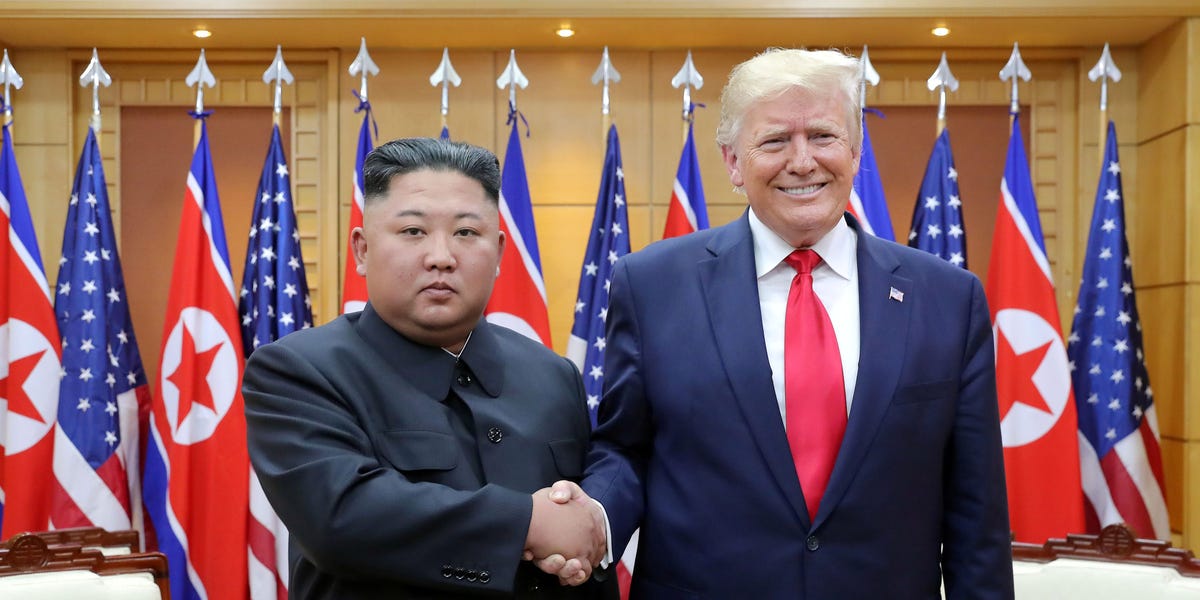 Kim is widely regarded as among the most repressive rulers in the world, and largely maintains power via a brutal system of concentration camps.

Between Kim’s terrible human rights record and the fact the US is nearing 200,000 confirmed deaths from coronavirus, many on Twitter (including congressional lawmakers) apparently found it highly inappropriate that Trump hailed the North Korean leader’s health.

It’s not entirely clear why Trump felt compelled to tweet about Kim’s well-being, but rumors have circulated in recent months that he was unwell.

In the book, which Insider obtained an early copy of, the president spoke positively of Kim and offered gruesome details on the assassination of the North Korean leader’s uncle.

“He likes me. I like him. We get along. That doesn’t mean I’m naive. That doesn’t mean that I think, oh, it’s going to be wonderful. He’s a very tough cookie. And he is smart, very smart,” Trump said to Woodward in one of 17 interviews for the book.

Trump told Woodward that Kim tells him “everything.”

“I know everything about him. He killed his uncle and he put the body right in the steps where the senators walked out. And the head was cut, sitting on the chest. Think that’s tough? You know, they think politics in this country’s tough,” Trump said, according to Woodward.

The president has met with Kim on several occasions. The meetings were designed to facilitate the denuclearization of the Korean Peninsula, which has not yet occurred. North Korea continues to engage in aggressive activities, and critics contend that by meeting with Kim the president helped legitimize a brutal dictator without any palpable benefits.