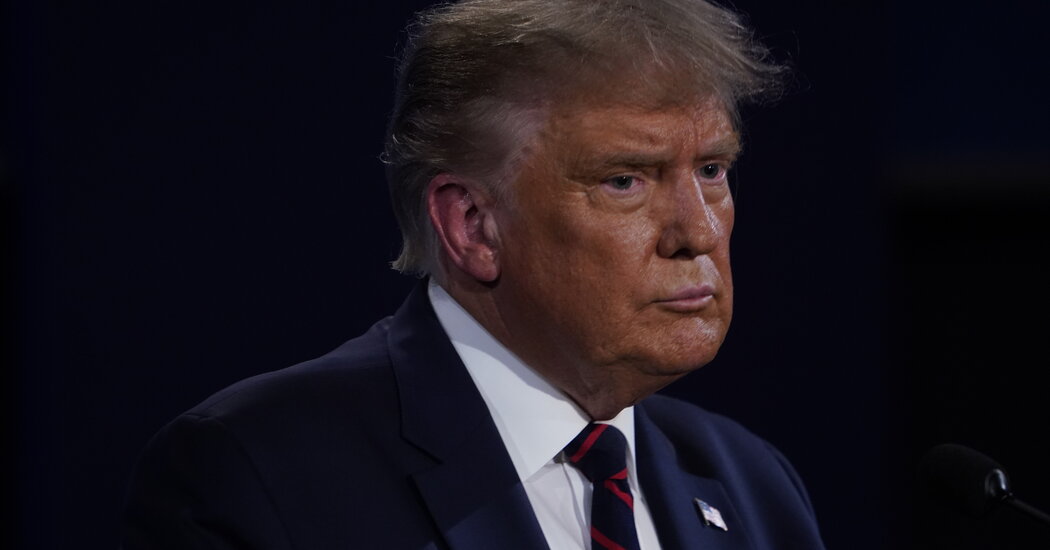 President Trump, in his first televised interview since he announced that he had tested positive for the coronavirus, said Friday night that he was “medication free” and back to normal, a week after he was hospitalized after having trouble breathing.

“I feel very strong,” he said.

In the interview with Dr. Marc Siegel on “Tucker Carlson Tonight” on Fox News, Mr. Trump claimed that he went to Walter National Reed Military Medical Center last Friday because he “didn’t feel strong.” But the president denied that he had experienced any trouble breathing, despite multiple people close to the White House saying in interviews that he had, in fact, had trouble breathing and that doctors had given him supplemental oxygen at the White House before his transfer to the hospital.

Mr. Trump said that there had been congestion in his lungs and he lauded his CT scans, which he called “amazing.” He also said he had been tested on the day of the interview — a White House official said that it had been filmed earlier Friday — and claimed to be “either at the bottom of the scale or free” of the virus. He added that he was being tested “every couple of days.”

Mr. Trump said that he didn’t know the results of his most recent Covid test.

“I didn’t feel strong,” he told Dr. Siegel, a Fox News contributor who joked that he was conducting a telemedicine appointment free of charge. “I didn’t have a problem with breathing, which a lot of people seemed to have. I had none of that. I didn’t feel very vital. I didn’t feel like the president of the United States should feel.”

Mr. Trump repeated his claim that he wanted to give all Americans for free an experimental antibody cocktail from Regeneron, which he credits with his quick recovery. He did not explain how he would do that when the drug does not yet have government approval.

“You would have sort of a sore throat, but I felt really very good after taking this for a period of time,” he said. “It’s a transfusion, not a shot. I’d like to send it to everybody.”

Regeneron’s treatment is a combination of two powerful antibodies that are believed to boost the immune response to the virus.

Of the steroid he had taken, dexamethasone, Mr. Trump said he had “tolerated it very well.”

When asked where he thought he had contracted the virus, Mr. Trump used the passive voice and took no responsibility for the spread of the virus after the White House announcement of the nomination of Judge Amy Coney Barrett to the Supreme Court — a gathering that Dr. Anthony Fauci said Friday qualified as a “super-spreader event.”

Mr. Trump said that as of eight hours before the taping, he was “medication free.”

On Friday, the White House declined to say whether Mr. Trump had been tested for the coronavirus and the White House physician, Dr. Sean P. Conley, did not release a letter about the president’s health, as he had done earlier in the week.