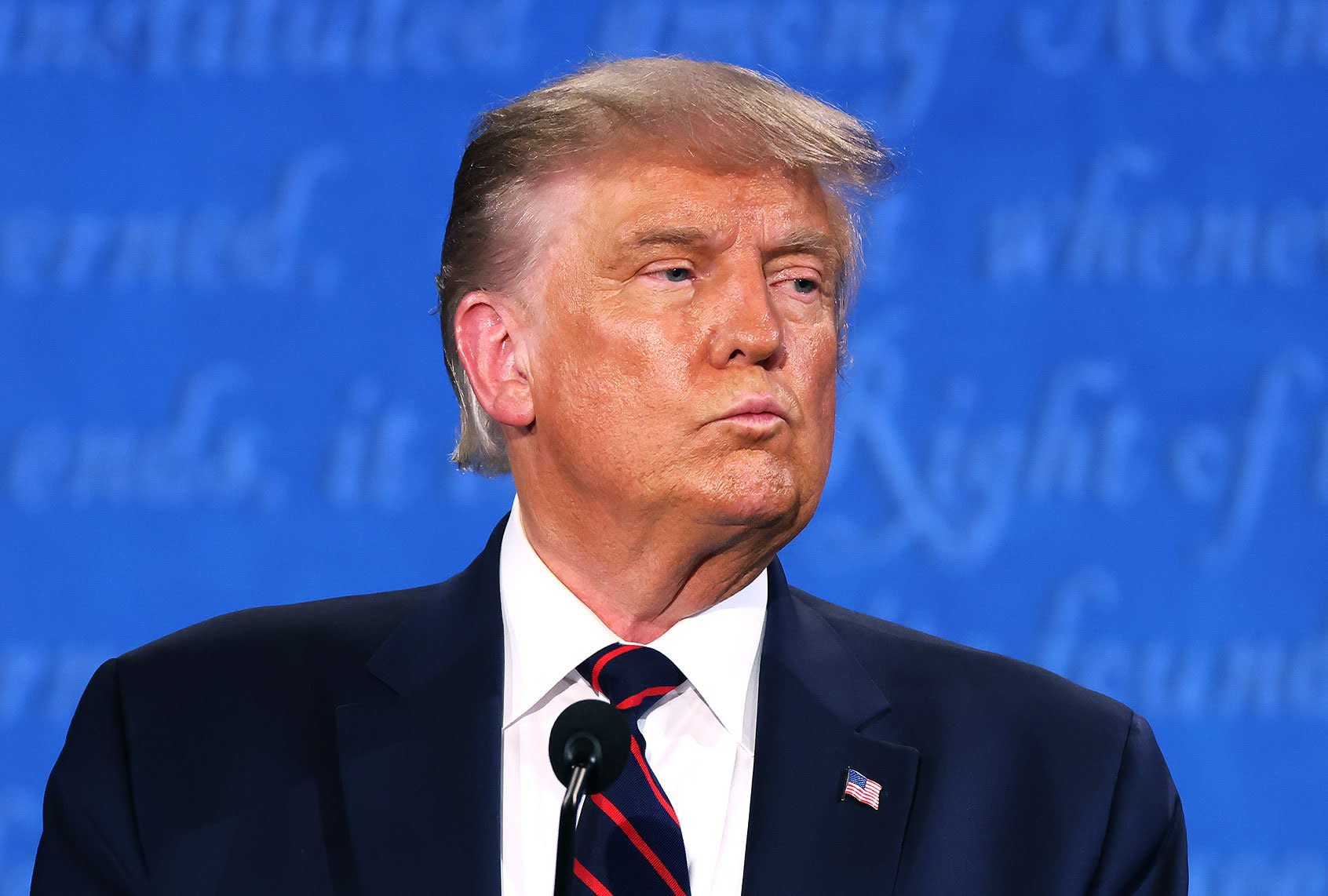 U.S. President Donald Trump participates in the first presidential debate against Democratic presidential nominee Joe Biden at the Health Education Campus of Case Western Reserve University on September 29, 2020 in Cleveland, Ohio. This is the first of three planned debates between the two candidates in the lead up to the election on November 3. (Photo by Win McNamee/Getty Images

On early Friday morning, President Trump tweeted that he and the first lady, Melania Trump, have tested positive for the novel coronavirus. The announcement followed news from Thursday that Hope Hicks, one of Trump’s senior advisers and someone who traveled with him this week, had also tested positive.

“Tonight, @FLOTUS and I tested positive for COVID-19. We will begin our quarantine and recovery process immediately,” Trump tweeted on Friday morning. “We will get through this TOGETHER!”

The news broke at a remarkable historical moment, less than five weeks before the presidential election and eight months into a pandemic that has infected over 7 million people worldwide and killed more than 207,000 Americans. As the self-quarantine period for the coronavirus can be many weeks long, it is unclear as of now if the remaining two scheduled presidential debates with Democratic nominee Joe Biden will go on as planned.

Currently, 20 percent of the world’s deaths from COVID-19, the disease caused by the novel coronavirus, have occurred in the United States. Throughout the pandemic, Trump has downplayed the severity of the coronavirus, saying it “affects virtually nobody” at a rally, and has dismissed science-based public health measures during the pandemic, including undermining the importance of wearing masks.

At 74 years old, Trump falls into the highest risk category for serious complications from the disease. A report in Nature noted that for every 1,000 people in their mid-seventies or older who are infected, about 116 will die. This implies that Trump has about a 12 percent chance of dying of COVID-19. Melania, who is 50, has a lower risk of having serious complications from the disease: only 5 in 1000 people in her age range die, on average, of COVID-19 after being infected.

Trump’s physician Sean Conley said Trump is doing “well” in a memo to reporters, according to CNN and the New York Times.

“The president and first lady are both well at this time, and they plan to remain at home within the White House during their convalescence,” Conley said in a statement. “The White House medical team and I will maintain a vigilant watch, and I appreciate the support provided by some of our country’s greatest medical professionals and institutions.”

“Rest assured I expect the president to continue carrying out his duties without disruption while recovering, and I will keep you updated on any future developments,” Conley added.

Prior to the announcement, Trump tweeted that he had planned to quarantine after news broke that Hicks had tested positive.

“Hope Hicks, who has been working so hard without even taking a small break, has just tested positive for Covid 19. Terrible! The First Lady and I are waiting for our test results. In the meantime, we will begin our quarantine process!” Trump tweeted.

Trump was last seen in public on Thursday afternoon. In a virtual dinner appearance on Thursday night, Trump claimed that the end of the pandemic was “in sight.”

According to CNN, Hicks traveled with Trump to the debate in Cleveland on Tuesday. Hicks also traveled to a campaign rally in Minnesota on Wednesday and was seen boarding Marine One. Notably, a person infected with COVID-19 may be contagious 48 to 72 hours before they start to experience symptoms. A source close to Hicks told CNN that she is currently feeling unwell and achy.

The diagnosis is the most serious infectious disease threat to a sitting American president in decades.