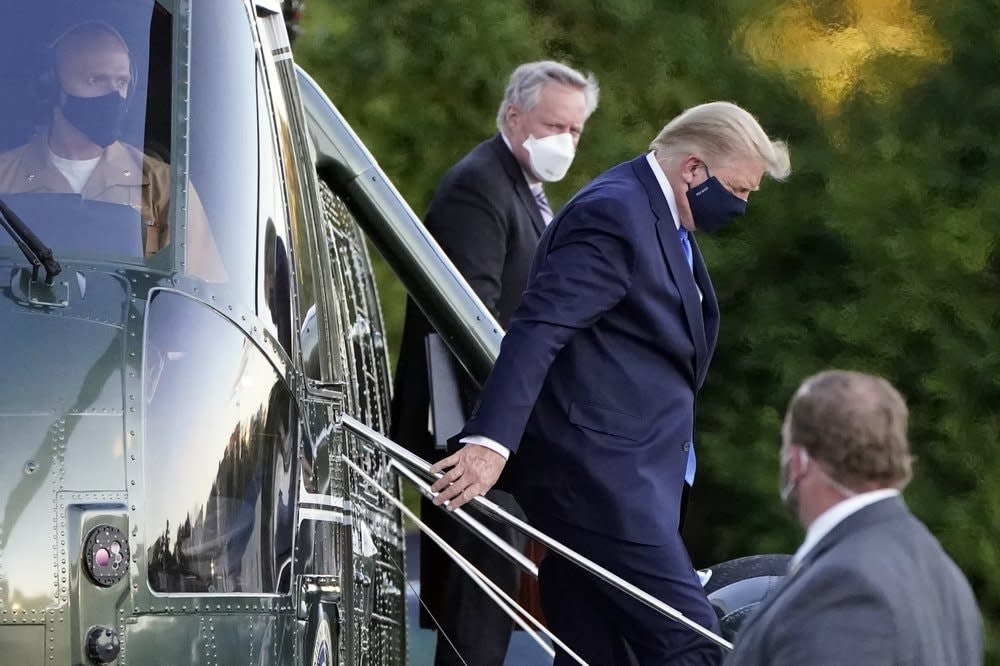 After Donald Trump tested positive for coronavirus, sitting in a hospital was the last thing that the president wanted

On Saturday, Trump’s physician, Dr. Sean Conley, told reporters that Trump was diagnosed with COVID-19 on Wednesday — a day earlier than Trump previously disclosed — instantly plummeting the West Wing into damage-control mode. The new timeline revealed that Trump was contagious when he debated Joe Biden on Tuesday and also when he attended a fundraiser at his Bedminster golf club on Thursday.

In follow-up statements, the White House claimed Dr. Conley misspoke, but the statement did not stop the ensuing chaos that is being driven by Trump’s desire to conceal the seriousness of his illness from the public.

According to Variety, three sources said Trump argued with his doctors on Friday after being told him he needed to be moved to Walter Reed Medical Center.

“He didn’t want to go to the hospital a month before the election,” an unnamed Republican close to Trump said.

Two other sources told the outlet that doctors gave Trump a nonnegotiable ultimatum: he could go to the hospital while he was still able to walk or he’d be rolled out in a wheelchair or while lying on a stretcher after his health further deteriorated. Eventually, Trump agreed to go to Walter Reed just outside of the nation’s capital in Maryland, but waited until after the stock market closed, a source said.

For Trump insiders, the grim reality of the president’s hospitalization has created a grim outlook of his prospects in the upcoming election. “They all know it’s over,” a Republican close to the campaign said.

“This is spiraling out of control,” former West Wing official said.

Some Republican officials are entertaining wild conspiracy theories that the White House outbreak was politically motivated.

“It’s weird that all these Republicans are getting it,” a prominent Republican said.

Meanwhile, America’s closest allies are also entertaining wild scenarios, and according to a Republican source, a high-level government official from a G-7 country asked if Trump would attempt to appoint his daughter, Ivanka Trump, the president instead of Mike Pence.

“He’s broken every norm so far, so they think anything is possible,” the source said.