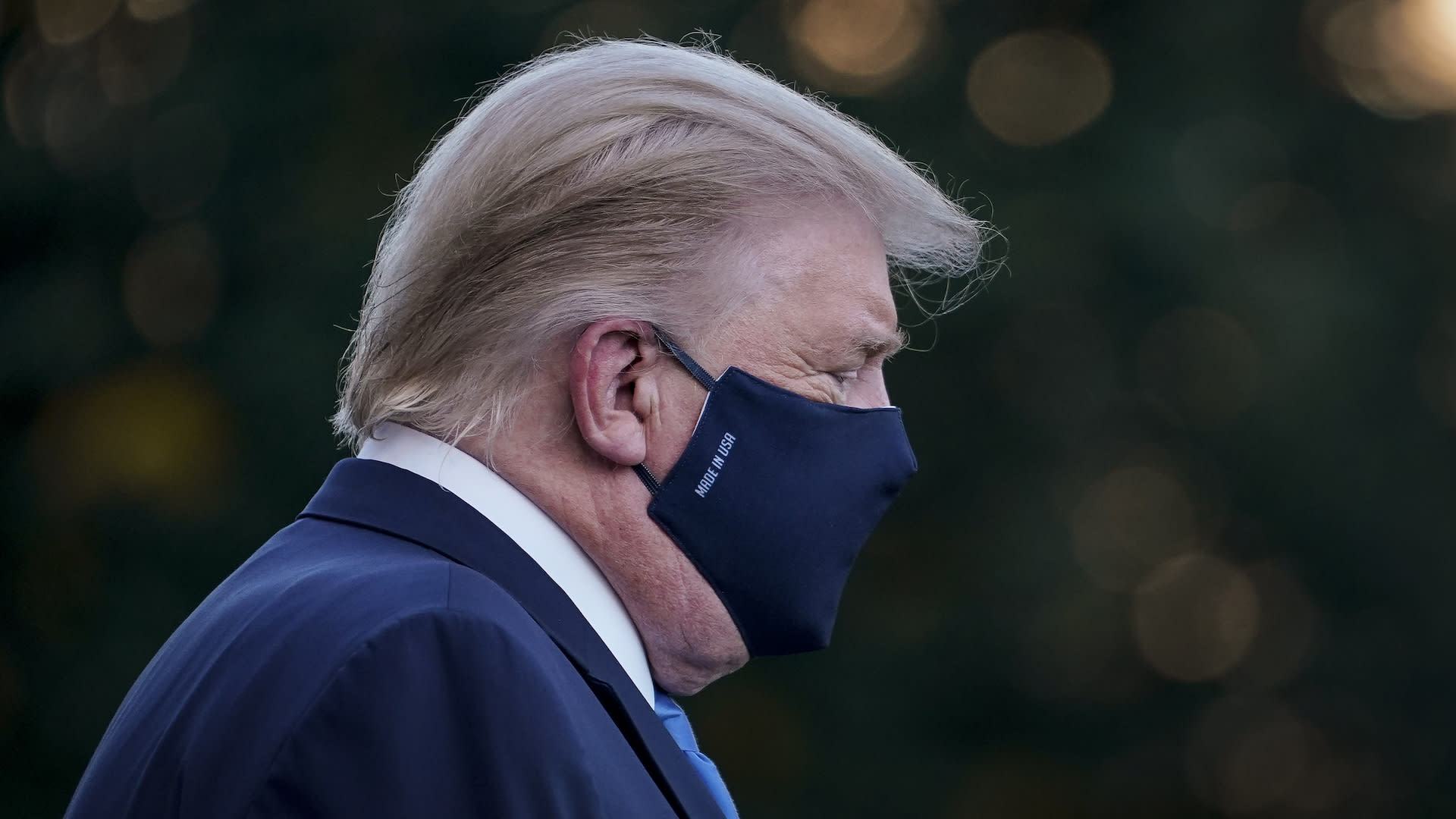 Donald Trump did not disclose that he tested positive for COVID-19 until after a second test was taken to confirm the results of the first, The Wall Street Journal reports.

Sources told the publication that Trump knew that he was infected with the disease that has killed over 200,000 Americans after taking a rapid test when he called in to Fox News on Thursday night. During his Fox News chat, Trump talked about White House aide Hope Hicks testing positive and said that he would get the results from his COVID-19 test soon. The reality television star traveled with Hicks on Air Force one earlier in the week to Tuesday’s debate and to a rally on Wednesday. According to the WSJ, Trump followed White House protocols, which stated that a more thorough second test that takes “a specimen from deeper in the nasal passage” is undergone once the first rapid test brings back a positive result.

Trump would later take to Twitter to announce that he and Melania had tested positive for the disease early on Friday.

“You get close, and things happen … I just went out for a test … because we spend a lot of time with Hope” — asked about Hope Hicks testing positive for coronavirus, Trump says he was just tested pic.twitter.com/Rr7Kd5YfWR

Trump is also reported as telling an advisor not to “tell anyone” about the results of their positive tests.

On Sunday afternoon, Trump, who’s being cared for at Walter Reed, left the hospital to take a car ride to greet supporters that gathered outside. The move drew widespread criticism as Trump forced Secret Service agents to come into close contact with him in a small and enclosed space for the photo-op.

That Presidential SUV is not only bulletproof, but hermetically sealed against chemical attack. The risk of COVID19 transmission inside is as high as it gets outside of medical procedures. The irresponsibility is astounding. My thoughts are with the Secret Service forced to play.

He apparently just went back to the hospital. This son of a bitch just exposed drivers, staff etc . to COVID so he could wave. His sociopathy knows no bounds. This shows, beyond anything, why he is willing to kill people at his rally for some applause. https://t.co/vNU72waABf

Since announcing that he has COVID-19, it has been reported that Trump experienced a fever and was given supplemental oxygen. He has also been administered dexamethasone and remdesivir. Reports on Trump’s condition have been conflicting with officials and doctors offering differing messages.

In addition his doctor says in a statement that Trump has been taking zinc, Vitamin D, famotidine, melatonin, and a daily aspirin.

The First Lady has a mild cough and headache, the President’s doctor says.

They said he has recieved the powerful steroid dexamethasone, which is usually reserved for patients with severe COVID-19 symptoms, but that he may be discharged Monday.https://t.co/aW7GFZ7S80

One more medical nuance: dexamethasone, a powerful steroid, can cause confusion – w/ obvious implications here. As an anti-inflammatory, it can also lower fevers & aches; pts sometimes feel better, even if their underlying illness isn’t any better or their risk any lower…(1/2)

Sign up for the Complex Newsletter for breaking news, events, and unique stories.