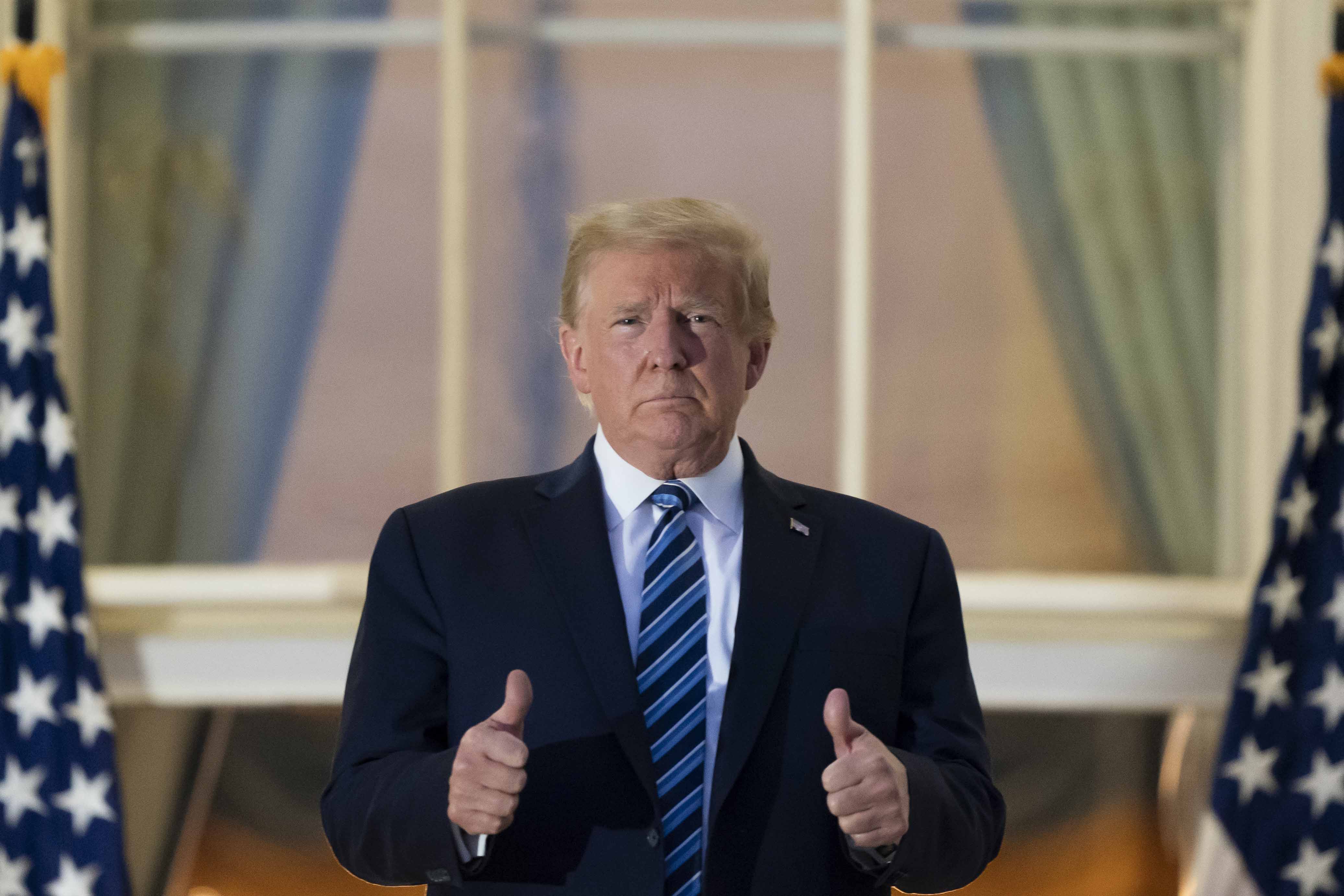 Trump, who at 74 years and clinically obese is at an elevated risk of serious complications from Covid-19, has repeatedly said he feels better than he has in 20 years. On Thursday, he said he feels “perfect” and “there’s nothing wrong.”

Using a joking tone, he claimed he was a “perfect physical specimen, adding “I’m lucky in that way.”

Trump has tried to project a sense that he has conquered the virus and to imbue a sense of normalcy that has unmistakably altered operations at the White House. The president on Wednesday resumed working out of the Oval Office, just two days after returning from the hospital, though other parts of the White House were staffed with a skeleton crew and those visiting the president had to be decked out in PPE.

“You catch this thing. A lot of people caught it,” Trump said of the coronavirus, which has killed more than 210,000 Americans and sickened 7.5 million.

The president also had the benefit of a level of care far and away beyond what the typical American could expect. The New York Times estimated that the president’s care, if given to a lay person, would have carried a six-figure price tag.

Trump also put heavy stock in the idea that he is now immune to the virus, which scientists say is unlikely at this point in the course of his infection.

“Remember this, when you catch it — you get better, and then you’re immune, you know?” Trump said. “As soon as everything goes away, for me, you’re immune.”

Trump, who announced he tested positive for the disease less than a week ago, said he does not believe he is still contagious.

It is difficult to pin down where the president is on the virus’ progression, as the White House and Trump’s doctors have repeatedly refused to say when he last tested negative. CDC guidelines state that those with a mild to moderate case of Covid-19 can remain infectious for 10 days after the onset of symptoms, and twice that for people with more serious cases. Trump has received treatments generally reserved for severe or critical cases, including the steroid dexamethasone.

“I don’t think I’m contagious at all,” Trump said, while nonetheless noting “we still have to wait.”