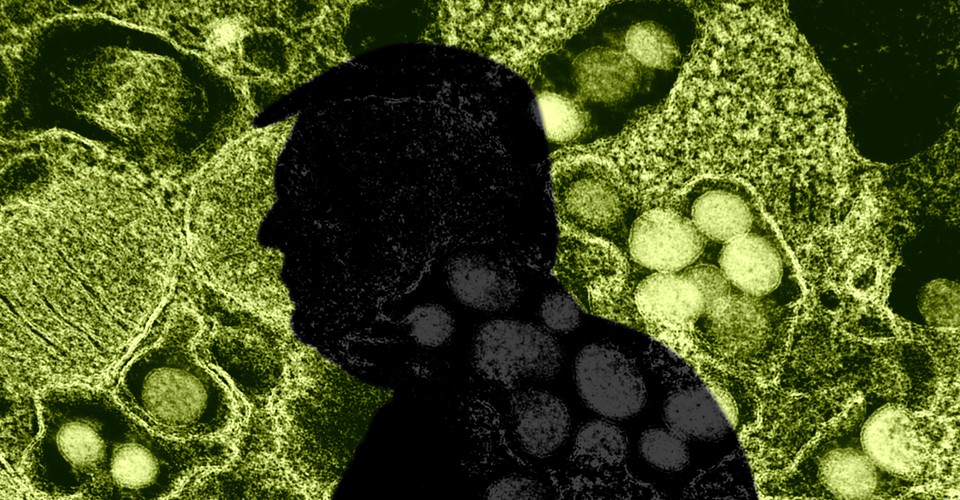 British Prime Minister Boris Johnson also got the coronavirus, but the story played out differently. Johnson was hospitalized. Afterward, he did seem to take the pandemic more seriously than before. He gave an emotional address, thanking the doctors and nurses who had cared for him. He adopted a more somber tone. At least temporarily, he too seemed to win some sympathy, and people were more willing to listen to his government’s rules about lockdown and quarantine. Maybe Trump’s illness will persuade him to treat the disease more seriously, and maybe it will persuade people to view him more sympathetically too.

The president and everyone around him will spin and manipulate his illness too; indeed, they are already doing it. During a strangely evasive press conference today, the head of Trump’s medical team, Sean Conley, declared that the president was in “exceptionally good spirits” but also implied that Trump might have been diagnosed and received treatment before the public was informed, that he might have been put on oxygen, even that he might have attended public events knowing he was ill. Minutes later, an “anonymous administration source,” who might have been the White House chief of staff, informed pool reporters that the “president’s vitals over the last 24 hours were very concerning” and that “the next 48 hours will be critical,” a message far more serious than the one delivered in public. Another anonymous official then sought to clarify the timeline, contradicting Conley and other doctors.

And we are all … unsurprised. This kind of obfuscation, this level of confusion, is exactly what we have come to expect from our national leader. Trump has destroyed our trust with wanton abandon—trust in our political system, trust in our institutions, trust in science, trust in America itself—simply because it benefits him, personally, to do so. Whatever happens to Trump over the next few weeks, that is the legacy that will outlast his presidency. It has already distorted and changed and altered the country just as profoundly as the coronavirus itself.

Anne Applebaum is a staff writer at The Atlantic, a senior fellow of the Agora Institute at Johns Hopkins University, and the author of Twilight of Democracy: The Seductive Lure of Authoritarianism.