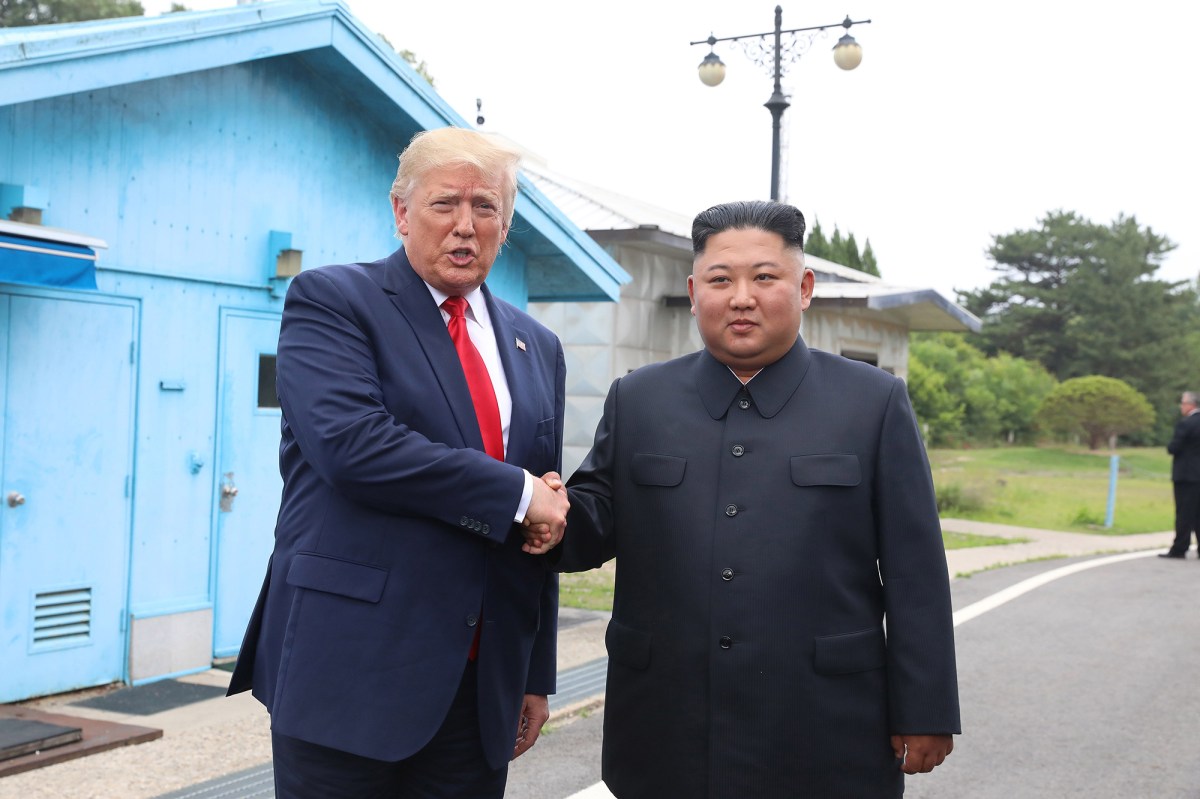 President Trump on Thursday insisted that Kim Jong Un is in “good health” — following rumors that the leader of the Hermit Kingdom was gravely ill.

The president’s comment about the North Korean dictator comes as more details of their relationship emerged in Bob Woodward’s latest book, “Rage.”

Trump reportedly has “love letters” from Kim fawning over him.

Kim reportedly wrote in one letter of “that moment of history when I firmly held Your Excellency’s hand at the beautiful and sacred location as the whole world watched with great interest and hope to relive the honor of that day.”

“He never smiled before. I’m the only one he smiles with,” Trump told Woodward in interviews contained in the book.

For months, speculation has swirled over Kim’s health, with some reports saying he was in a vegetative state following a botched heart surgery and ready to hand over the keys to the kingdom to his younger sister, Kim Yo Jong.

Kim Jong Un is in good health. Never underestimate him!

A North Korean defector with contacts inside Pyongyang told The Post this month that Kim Jong Un’s grip on power inside the Hermit Kingdom is stronger than ever, despite reports stating otherwise.

“We can agree that Kim Yo Jong is not taking over North Korea and I don’t think that is in her interest. Kim Jong Un is very much in power and he’s not dying anytime soon,” she continued.