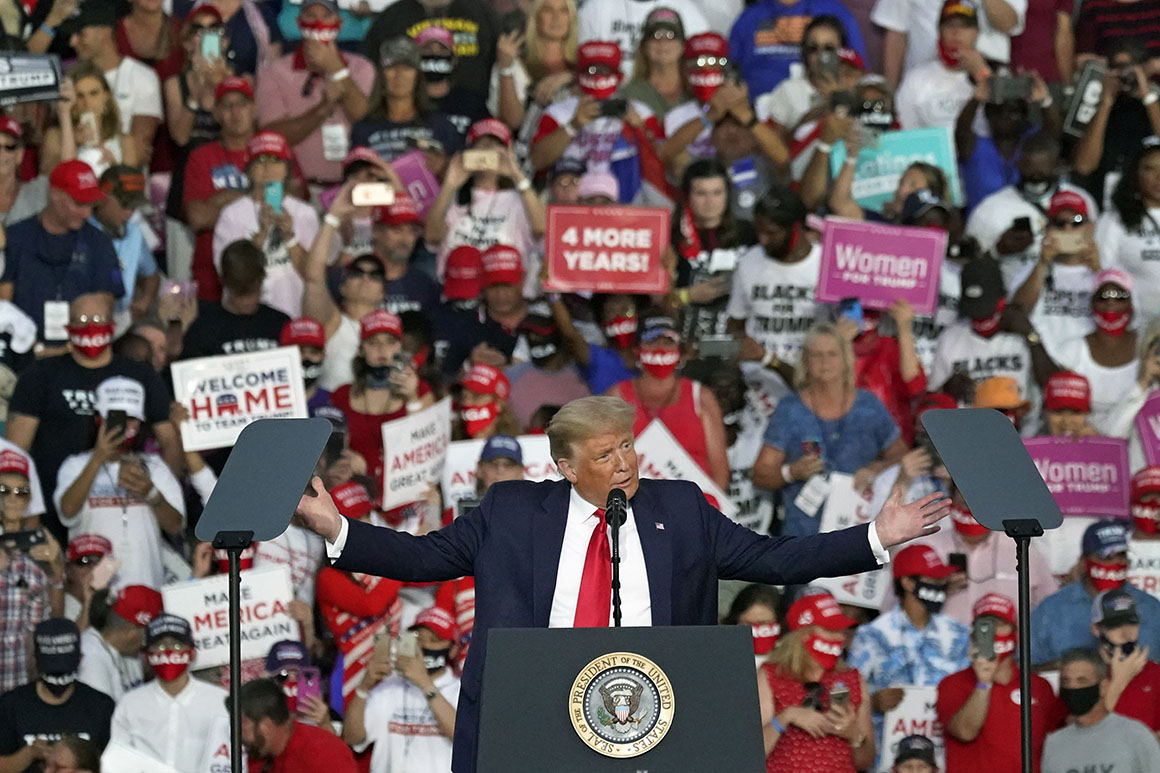 President Donald Trump boasted about his Covid-19 immunity as he held his first rally since his diagnosis.

Trump staged a vigorous return to the campaign trail as he walked to the podium in Sanford, Fla., without a mask, throwing campaign merchandise to the crowd. Just hours before he stepped on stage, Trump’s physician announced the president was no longer infectious after testing negative for consecutive days.

To prove his medical team’s point, Trump emphasized his good health to an audience where numerous maskless people could be spotted among the dense crowd: “It does give you a good feeling when you can beat something and now they say you’re immune,” he said.

As Trump acknowledged the uncertainty surrounding the length of his immunity, he accused unspecified people of “reducing” the immunity period to make the virus seem more severe than it actually is. The uncertainty about the length of immunity, however, is caused by the lack of information about the virus, which has been infecting humans for less than a year. Experts have only recently documented cases of people becoming reinfected.

The president also pointed out that medical professionals have a better grasp of the virus now than they did six months ago, and said that life would go back to normal — even as health experts warn that the United States could face 200,000 more deaths by 2021. And as he thanked Americans for staying resilient, the crowd chanted, “We love you.”

In a speech filled with many of his most familiar applause and attack lines, Trump also boasted about the size of his crowd as he mocked Biden for his smaller gatherings.

Anthony Fauci, however, on Monday expressed his wariness about holding large political rallies during a pandemic.

“Put aside the political implications the rally has,” Fauci said. “Purely for public health, we know that’s asking for trouble when you do that.”