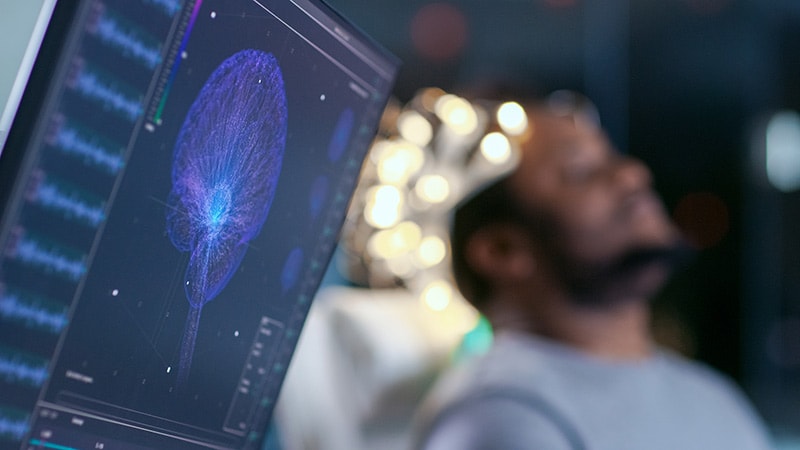 CTE is a neurodegenerative disorder linked to years of repetitive head impacts from playing professional football and other contact sports.

“This is something both athletes and their doctors need to be aware of,” added Stein, who is an assistant professor of pathology and laboratory medicine at Boston University School of Medicine.

The findings were published online September 17 in Acta Neuropathologica.

In RBD, the paralysis that normally occurs during REM sleep is incomplete or absent, causing people to act out their dreams by talking, flailing their arms and legs, punching, kicking and other behaviors while asleep.

“The disorder often comes to medical attention when there is an injury or potential for injury to the individual or the individual’s bed partner,” Stein noted.

To investigate ties between CTE and RBD, the researchers analyzed the brains of 247 deceased male athletes who played contact sports; the brains were donated to the Veterans Affairs-Boston University-Concussion Legacy Foundation (VA-BU-CLF) Brain Bank.

The athletes died at a mean age of 63 years. They all had a neuropathological diagnosis of CTE. Their relatives provided information on sleep.

Nearly one third of these athletes (n = 80, 32%) with CTE displayed symptoms characteristic of RBD when they were alive. “That really surprised us,” said Stein. “This is about 30 times more than what’s reported in the general population, where it has been estimated to be present in about 1% of people,” he noted.

In addition, there was a clear dose-response effect. Athletes with CTE and RBD had played contact sports for significantly more years than their peers without RBD (18.3 vs 15.1 years; P = .02).

“The odds of reporting RBD symptoms increased about 4% per year of play,” first author Jason Adams, an MD/PhD student now at the University of California San Diego, said in a statement.

The results also point to a potential cause for RBD.

“Contrary to our expectations, tau pathology in the raphe nuclei was more strongly associated with RBD than Lewy body pathology, suggesting that tau pathology is more likely to lead to sleep dysfunction in CTE,” Stein said.

Christopher John Nowinski, PhD, cofounder and CEO of the Concussion Legacy Foundation, said this study is important because it identifies a potential cause of RBD.

The 42-year-old Nowinski, a former WWE professional wrestler and college football player at Harvard, developed RBD after suffering years of concussions and still suffers from the disorder today.

“Living through this, I can tell you, this is not a benign symptom by any stretch of the imagination,” said Nowinski, who moderated the webinar. “You are a danger to yourself; you are a danger to others. Hopefully, this study will help us better understand treatment going forward,” he said.

Support for the study was provided by the Department of Veterans Affairs, the Alzheimer’s Association, the National Institutes of Health, Concussion Legacy Foundation, Andlinger Foundation, and World Wrestling Entertainment (WWE). Adams and Stein have no relevant disclosures.