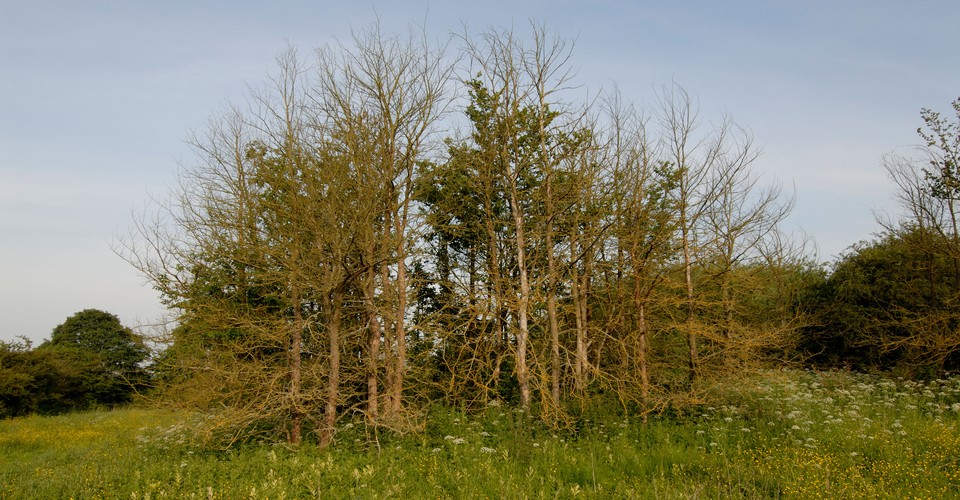 “At least two once-common trees are now known to be critically endangered, and there could be many more,” says government forest pathologist Angus Carnegie, who examined the lessons learned from this invasion in the 2018 Annual Review of Phytopathology. One, the native guava, is at imminent risk of extinction.

To get a clearer picture of the problem’s scale and how it’s being tackled, I took a train to London and the Royal Botanic Gardens at Kew to meet Richard Buggs, who leads research in plant health at Kew. “Everyone is sharing their pests and pathogens,” Buggs tells me. “Europe has pathogens from the Americas, and America has some from Europe. The U.S. has Chinese pathogens, and China has trees dying from American pathogens. And so on and so on.” Most go undetected until they’re on the loose, and each year they cause the loss of crops worth billions of dollars and do incalculable damage to the wider environment.

How did it get so bad? In a word: globalization. Speedier travel and the rapid expansion of trade, including the movement of billions of plants for the horticulture industry, have proved disastrous. “The scale of global trade is overwhelming attempts to control accidental imports of pests and pathogens,” Buggs says. In the U.S., for instance, data from the Department of Transportation on 63 American ports show a doubling of the number of arriving shipping containers between 2000 and 2017.

Despite trade policies aimed at reducing the risk of accidental imports, better standards of plant hygiene, and tighter biosecurity measures at ports, Buggs says that pathogens will inevitably slip through. “However good your system of quarantine checks,” he says, “you are going to miss things.”

Spotting insect pests is difficult enough, but it’s much harder to detect microscopic bacteria and fungi, especially as infected plants often show no symptoms. “There’s no indication anything is wrong until they hop onto another species, and away they go,” Buggs says. To make matters worse, some potential tree-killers aren’t yet on any checklist: Unknown and unseen, they have a free pass until a sharp-eyed forester, gardener, or nature lover spots trees falling ill with a puzzling new disease.

Once in, if a pathogen encounters susceptible hosts—and some can infect hundreds of species—it can establish a foothold and spread. Some, like myrtle rust and ash dieback, travel naturally via windblown spores, while the pathogen responsible for sudden oak death disperses more in splashes of rain. But all advance further with human help; they’re distributed through plant sales, in soil-filled tire treads, even on hikers’ clothing and footwear.

Other pathogens, such as the bacteria responsible for huanglongbing and Xylella, rely on sapsucking insects to inject them into their hosts—and they hijack local species to do the job. Climate change also figures in the equation: Changes in temperature, wind patterns, and rainfall help pathogens both survive and spread, encouraging their expansion into newly hospitable areas. Warmer, wetter springs means the pathogen responsible for sudden oak death can spread much more prolifically, while the frost-sensitive cinnamon fungus benefits from Europe’s milder winters and is likely to spread northward.