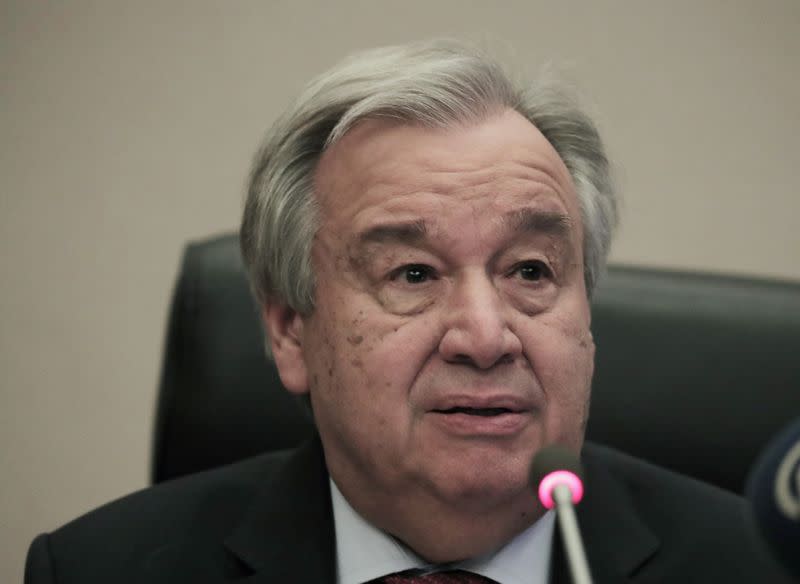 By Michelle Nichols and Stephanie Nebehay

The Access to COVID-19 Tools (ACT) Accelerator programme and its COVAX facility has so far received $3 billion, but needs another $35 billion. It aims to deliver two billion doses of coronavirus vaccines by the end of next year, 245 million treatments and 500 million tests.

“The ACT-Accelerator provides the only safe and certain way to re-open the global economy as quickly as possible. A national vaccine effort in a handful of countries will not unlock the doors to the global economy and restore livelihoods,” Guterres told a high-level virtual U.N. event.

Britain’s Foreign Secretary Dominic Raab – a co-host of the meeting along with Guterres, the World Health Organization (WHO) and South Africa – urged other countries to join the global effort, saying the ACT-Accelerator is the best hope of bringing the pandemic under control.

WHO chief Tedros Adhanom Ghebreyesus said 167 countries have joined COVAX global vaccines facility, representing 70% of the world’s population, adding: “And the list is growing every day”. He said one million people are confirmed to have lost their lives to COVID-19, but “the real number is certainly higher.”

Guterres said the programme needed an immediate injection of $15 billion to “avoid losing the window of opportunity” for advance purchase and production, to build stocks in parallel with licensing, boost research, and help countries prepare.

“But let’s be clear: We will not get there with donors simply allocating resources only from the Official Development Assistance budget,” he said. “We need to think bigger. It is time for countries to draw funding from their own response and recovery programmes.”

Guterres called on all countries to step up significantly in the next three months.

He noted that developed countries had spent trillions of dollars on the socio-economic impacts of the crisis so “surely, we can invest a small fraction of that to stop the spread of the disease everywhere.”

Bill Gates told the U.N. event that the Bill & Melinda Gates Foundation had signed an agreement with 16 pharmaceutical companies on Wednesday.

“In this agreement the companies commit to, among other things, scaling up manufacturing, at an unprecedented speed, and making sure that approved vaccines reach broad distribution as early as possible,” Gates said.