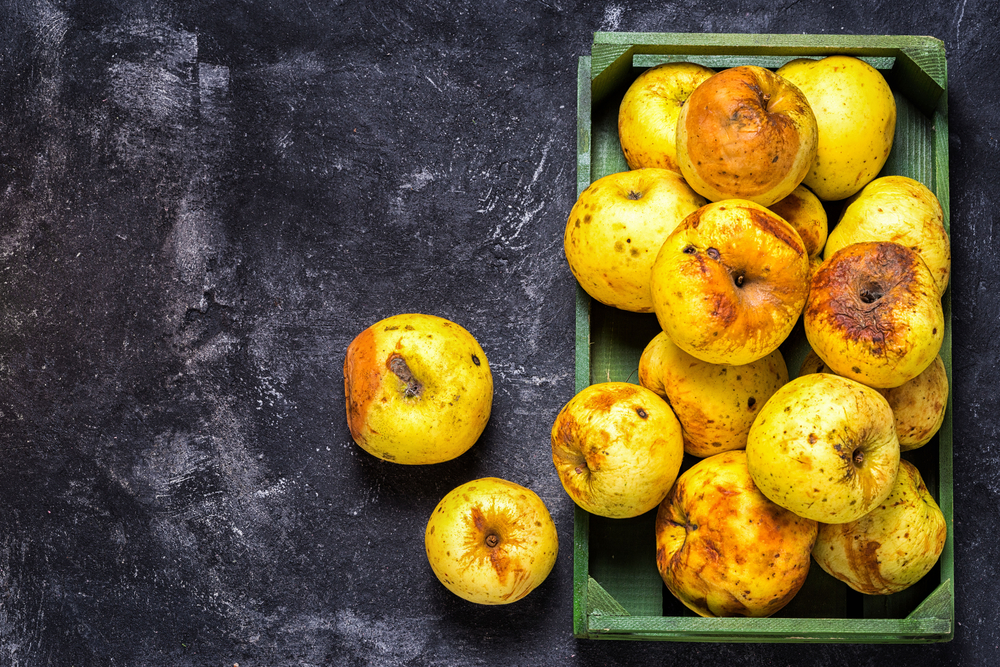 Entrepreneurs are taking on food waste across the world in some truly creative ways — turning what many consider garbage into delicious — and nutritious — products.

Their efforts are part of a growing trend to battle one of the world’s most pressing environmental and agricultural problems. According to the U.N. Food and Agriculture Organization, 1.3 billion tons of food is wasted annually across the globe — if food waste were a country, it would be the third largest emitter of greenhouse gases.

But companies and nonprofit organizations around the world are working to reduce food waste by upcycling food and creating high quality, nutritive products.

As defined by the Upcycled Food Association (UFA), upcycled foods “use ingredients that otherwise would not have gone to human consumption, are procured and produced using verifiable supply chains, and have a positive impact on the environment.” UFA is working to reduce food waste while improving the environment through research, networking and policy advocacy.

“We can take these very large waste streams and we can upcycle them into safe, tasty, healthy products and ingredients that can work at large scale distribution,” said Timothy Childs, co-founder of Treasure8, a regenerative food systems company.

According to the U.N. Food and Agriculture Organization, 1.3 billion tons of food is wasted annually across the globe — if food waste were a country, it would be the third largest emitter of greenhouse gases.

Food Tank is highlighting 12 companies and nonprofit organizations that are tackling waste through upcycled food around the world. With their products, they hope to help create a more sustainable food system.

Developed by chemical engineer Bruce Kambouris in 2016, Aqua Botanical is working to create drinking water to combat water scarcity, one of the biggest problems in the world. The company extracts, filters and mineralizes the water used from the production of juice concentrate. It is the recipient of the 2019 Beverage of the Year award at the Australian Food and Beverage Industry Awards.

Kromkommer was founded in 2012 to rescue imperfect produce that otherwise would be thrown away. In 2014, the company launched Wonky Veggie Soup, a line of soups created from rescued produce. One year later, it opened its Wonky Vegetable and Fruit store to sell imperfect produce. Kromkommer was the recipient of the Mansholt Business Award for Sustainable Entrepreneurship in 2018.

Created in 2014 as an upcycled ingredient company, NETZRO works with large and small-scale farmers to reharvest food byproducts and develop new innovative ingredients. Some projects include upcycling egg shells or calcium and spent grain for fiber and protein. The company is led by CEO Sue Marshall, who is also a founding member of the Upcycled Food Association.

Pure Plus turns imperfect fruits and vegetables into a powdered sugar substitute that can be integrated into food and beverage products. The powder can be found in its first product, Faves Candy. Its goal is to divert fruit and vegetable waste to reduce the environmental impact and cost of food waste. The organization was selected as a finalist in the consumer technology category at the 12th annual SXSW Pitch.

Using scraps from Yuko citrus peels and returnable bottles, RISE + WIN Brewing Co. is upcycling products in every step of the brewing process. The spent grain produced in the process of brewing, for example, is used to make granola and sweets sold at its general store. In an effort to recycle whenever possible, its storefront is built from recycled wood and glass bottle chandeliers, and uses uniforms made from recycled clothing.

7. Rubies in the Rubble, United Kingdom

Jenny Costa of London created Rubies in the Rubble in 2012 with the goal to make condiments out of rejected food products. Rubies also makes mayonnaise with aquafaba, a chickpea liquid alternative to eggs that is usually thrown out. It reports that it has saved upwards of 298,000 pounds of fruits and vegetables since its inception. The organization won a European-wide social enterprise competition run by U.S. ice cream company Ben & Jerry’s.

We can take these very large waste streams and we can upcycle them into safe, tasty, healthy products and ingredients that can work at large scale distribution.

Founder of Toast Ale and author of “Waste: Uncovering the Global Food Scandal,” Tristram Stuart is working to reduce the 24 million slices of bread that goes to waste every day in the United Kingdom. To do this, Toast Ale uses donated surplus bread to replace one-third of the malted barley used in its beer brewing process. The organization recently won the SME of the Year award at the 2020 Edie Sustainability Leaders Awards.

The Upcycled Grain Project uses grain from brewers around New Zealand to create health-focused snack foods. Started in 2020 by Rutherford & Meyer, a fruit paste producer, the project is highlighting ways to use 100 percent natural ingredients while increasing sustainably produced products in stores.