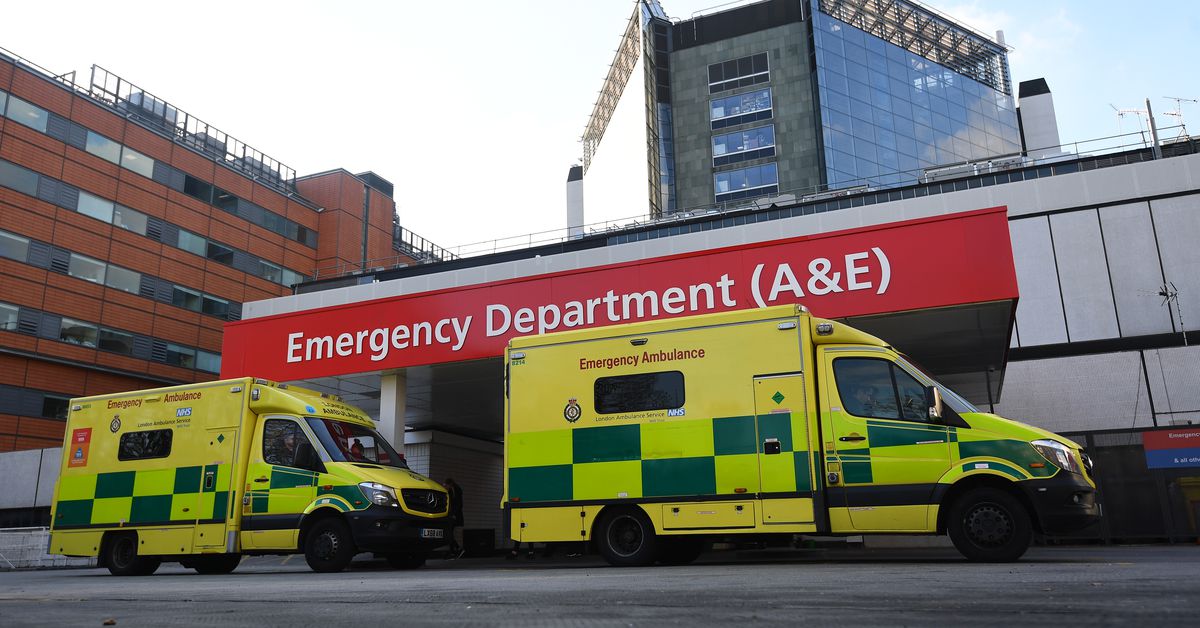 The UK’s National Health Service released a sweeping plan today to become the first national health system to eliminate nearly all of its planet-heating greenhouse gases. By 2040, it plans to gut all of the emissions it’s directly and indirectly responsible for. That includes pollution from its facilities, electricity use, vehicles, and supply chains for medicines and medical devices.

Health care is responsible for a hefty chunk of planet-heating greenhouse gases.

Health care is responsible for a hefty chunk of greenhouse gases. The National Health Service pumps out between four to five percent of England’s carbon emissions. Globally, the health care sectors in 36 countries with the largest economies accounted for more than 4 percent of worldwide carbon dioxide pollution — more than aviation or shipping.

Getting rid of all that pollution will play a huge role in slowing down climate change. It will also help the UK meet its larger goal of essentially eliminating greenhouse gas emissions by 2050, a benchmark that scientists believe is important for all countries to achieve in order to stop warming from reaching disastrous levels.

“Unabated [climate change] will disrupt care, and affect patients and the public at every stage of our lives,” Sir Simon Stevens, NHS chief executive, said in a report outlining the coming changes. “We therefore make no apologies for pushing for progress in this area while still continuing to confront coronavirus.”

The UK and NHS set out to reach “net-zero” emissions by 2050 and 2040 respectively, which means they will cut down on pollution and rely on technology to capture carbon and schemes like tree-planting to offset any emissions they continue to release. By 2045, the NHS aims to go even further by eliminating emissions from patient and visitor travel, as well as medicines and NHS services that people use in their homes.

Making all the necessary changes will be a monumental endeavor. But unlike companies like Microsoft and BP that have recently made similarly splashy climate announcements without many details on how to achieve those goals, the NHS paired its new commitment with a detailed 76-page plan on how it can slash emissions.

Supply chains for medical devices, medicines, and other products used in its facilities account for the largest share of NHS’s climate pollution. So it plans to cut out single-use plastics; reuse and refurbish devices; find alternative products with a smaller impact on the planet; and ask suppliers to make the same net-zero pledge.

NHS will need to run on cleaner energy, and plans to rely on national efforts to switch to renewables for electricity generation. NHS also wants to generate renewable energy and heat onsite, and is spending £50 million to replace less efficient lights with LEDs to save energy. It has plans to build 40 new “net-zero” hospitals to run more cleanly and efficiently.

Tailpipe pollution is another problem the NHS plans to tackle. It says it will road test its first zero-emissions ambulance by 2022. If it works, the new ambulance could be adopted by the entire fleet by 2032. Its current fleet of vehicles is responsible for four percent of NHS’ carbon footprint.

Net Zero NHS. Hugely important target for NHS (and other healthcare systems). Impact of anaesthetic gases highlighted. Profession has made big changes in last 2yr, but more to do. And we need those who use N2O elsewhere (eg ED, labour ward) to do same https://t.co/weIf7byZOS

Anesthesia and inhalers together are responsible for five percent of the health service’s emissions. Anesthetic gases can have an outsized effect on the climate because they are even more potent than carbon dioxide, so the NHS hopes to capture and reuse it. Nitrous oxide, “laughing gas,” is 300 times more powerful than carbon dioxide at trapping heat in the atmosphere. Inhalers typically used for respiratory conditions like asthma that contain greenhouse gas propellants could soon be replaced by more climate-friendly alternatives like dry powder inhalers.

Leaders in public health, medicine, and research celebrated the new commitments from NHS. “Cutting carbon emissions is essential to protect health, everywhere in the world. I welcome the leadership of the largest single health system in the world, the National Health Service in England,” Tedros Adhanom Ghebreyesus, director-general of the World Health Organization, said in a press release.