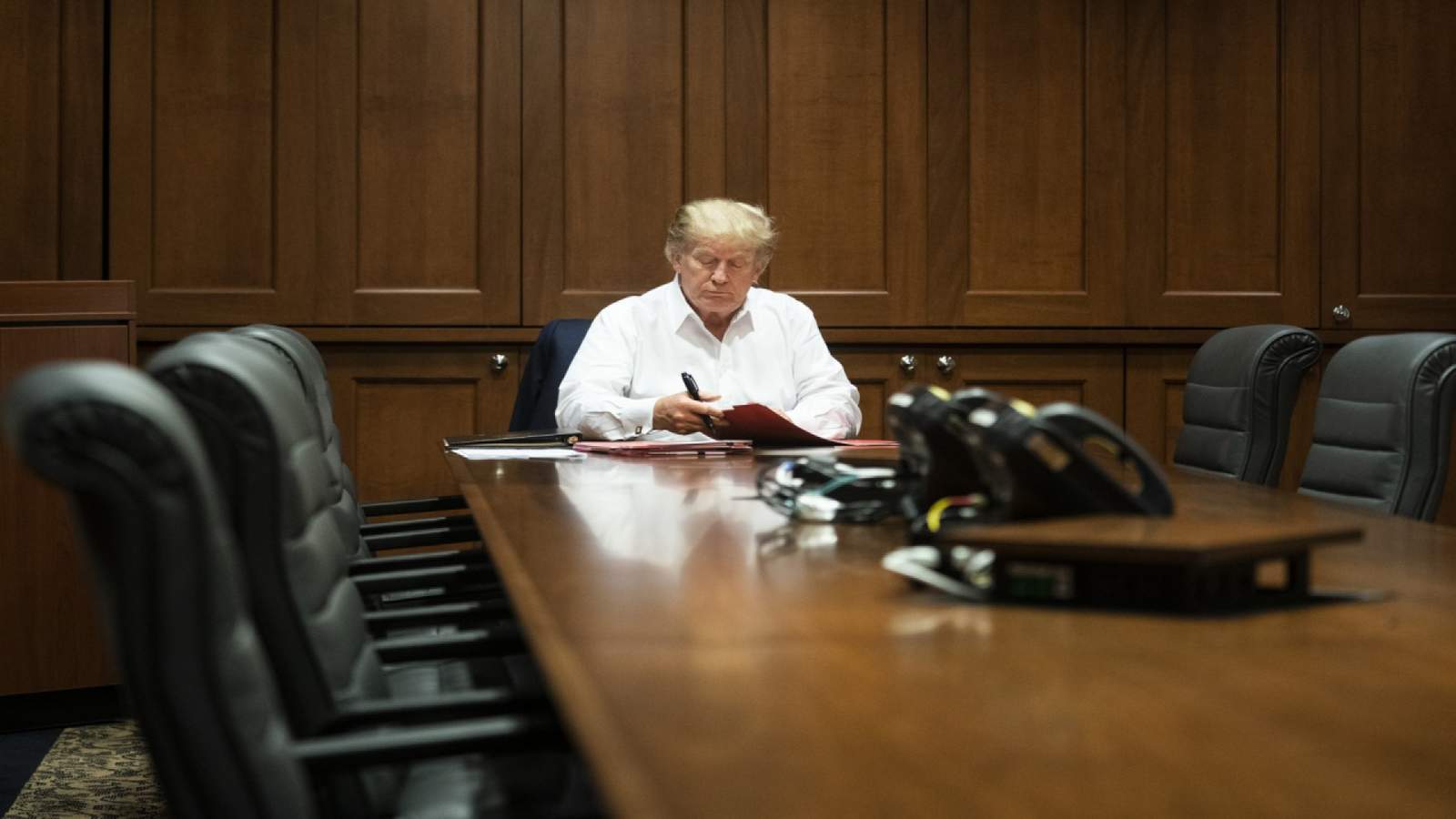 BETHESDA, Md. – The president’s doctor doubled back on information he provided Saturday about exactly what Donald Trump was going through health-wise just before leaving The White House Friday infected with the coronavirus.

Dr. Sean Conley is now coming clean saying on Sunday that Trump’s condition was serious enough with high fever and dangerous dips in his blood levels that oxygen had to be administered.

During the briefing, Conley said: “Late Friday morning, when I returned to the bedside, the president had a high fever and his oxygen saturation was transiently dipping below 94 percent. I recommended to the president that we try some supplemental oxygen.”

Conley said the president was on oxygen for “about an hour.”

Since Trump arrived Friday at Walter Reed National Military Medical Center there have been dramatically conflicting accounts, not only coming from the president himself on a 4-minute video he posted on Twitter on Saturday where he said he was doing better than when he first arrived, but from his doctor.

During Conley’s first public comments at a briefing Saturday outside of the hospital, the doctor said the president was doing “very well. We remain cautiously optimistic, but he’s doing great.”

On Sunday, Conley said the president had a second drop in his blood oxygen level while in the hospital on Saturday.

That was the same day the White House circulated photos of Trump diligently working in Ward 71′s conference room.

“Yesterday, there was another episode where it dropped down about 93 percent,” Conley said.

On Saturday, it was a different tone. Conley dodged several questions about supplemental oxygen and vital statistics.

“I’d rather not give any specific numbers,” he said.

One reporter asked: “Has there been any sign of (lung) damage, sir?”

” I’m not going into specifics of what the findings of it. . ..” Conley said Saturday.

But on Sunday, Conley said the president was being treated with the steroid dexamethasone to keep his lungs clear while continuing on Remdesevir, an emergency use anti-viral drug. On Saturday, Conley was asked why Trump was also given a highly experimental antibody treatment.

“I didn’t want to hold anything back if there was any possibility that it would add value to his care,” Conley told reporters.

Conley explained why he was at the helm of such an optimistic briefing Saturday. “I was trying to reflect the upbeat attitude of the team [and] the president over the course of his illness. I didn’t want to give any info that might steer the course of illness in another direction, and it came off that we were trying to hide something, which wasn’t necessarily true.”

The president’s medical team said that Trump may be able to return to the White House as early as Monday and continue his treatment there.