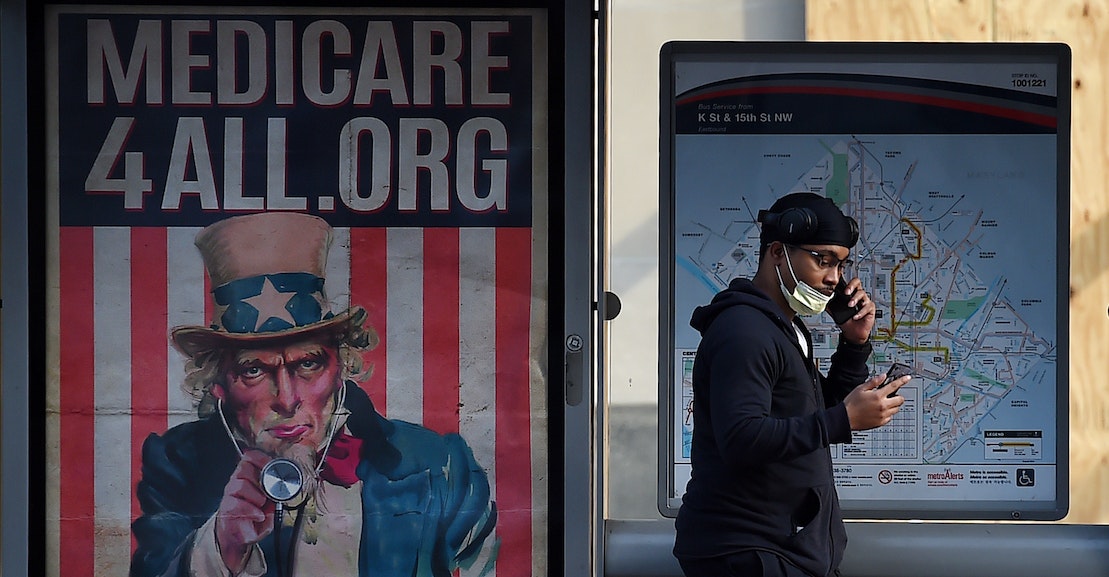 Much attention has rightly been paid to the millions of people whose loss of employment this year also meant a loss of health insurance, a terrible thing to happen at any time but especially during a pandemic. The flip side of the story is that health insurance is often terrible and expensive even for those who do have it. The Kaiser Family Foundation’s annual survey of employer-provided health insurance, published this week, found that premiums for family plans reached $21,342 this year, 4 percent higher than last year; workers pay an average of $5,588 toward that. Things are roughly as bad as they were last year, when they clearly needed to get much better, very fast. The situation is unsustainable—save for the fact that it is being sustained, by an enormous amount of pain.

But the pain is not being felt by health insurers. Even as the nation has been plunged into immiseration, the titans of the health insurance industry have been absolutely rolling in it this year, in the style of Scrooge McDuck backstroking around his infinity pool on an ocean of coin. Every time you open a door at Blue Cross headquarters, a heavy pile of money falls on your head, and you have to spend all day fishing dollars out of your suit. Since the pandemic began, health insurers have been the beneficiaries of a huge drop in the amount of medical care that people are seeking, while the premiums keep the good times coming: The New York Times reports that several major health insurers’ second-quarter earnings were double last year’s.

Despite all the uncertainty of the pandemic and the obvious need to return unspent premiums to needy consumers, health insurance companies are eager to act as if we’re living in normal times. In March, Cigna told investors that it might “have the resources to take over rivals or buy back its own stock,” according to ProPublica; at the same time, the company was begging Congress for a bailout through its lobbying group. Anthem, the third-largest health insurer in the United States, announced at the end of July that it had resumed its stock buyback program, having paused it the previous quarter, and expected to repurchase more than $1.5 billion in stock over the next year. (Stock buybacks are often a huge financial boon to company executives, at the expense of long-term investors.) Anthem’s CEO, Gail Boudreaux, was paid more than $15 million in 2019. Good thing no one else needs any money.

Health insurance companies may defend this unseemly situation by pointing to a rule called the medical loss ratio, or MLR. Insurers are bound by the Affordable Care Act to spend at least 80 percent of their premium revenue on actual medical claims, or 85 percent for large employer plans; any profits over that amount must be returned to consumers. Health insurers will have to rebate a percentage of the fat stacks they have continued to extract this year, from Americans who aren’t using the coverage they pay for, to employers or individuals who purchased policies. If you buy your insurance on the ACA exchange, you may get a few hundred dollars from your insurer—a windfall that likely won’t let you meet your deductible. (You also might not reap the full benefit until 2023: Rebates are based on a three-year period.)

But this rule also means that health insurers are incentivized not to bother negotiating lower costs with providers, and so American health care will keep on resolutely getting more expensive. Think of it this way: If you take in $100 in premiums and spend $80 on care, you keep $20. But if you take in $200 in premiums, you wouldn’t be bothered if the care you provided now cost $160, because you’d get to keep $40 for yourself. This is especially true in areas where little competition between insurers reduces the pressure on premiums. A 2017 paper from the National Bureau of Economic Research found that the MLR rule did not lower premiums, and, in fact, insurers complied with the standard through increases in “claims costs, not premium reductions,” likely “from a combination of more comprehensive coverage and reduced cost-containment effort.” Essentially, instead of lowering premiums to meet the ratio, they simply paid for more health care. Premiums have increased dramatically since 2010. Health care kept getting more expensive—but 20 percent of a bigger number is still more money. That doesn’t help consumers.