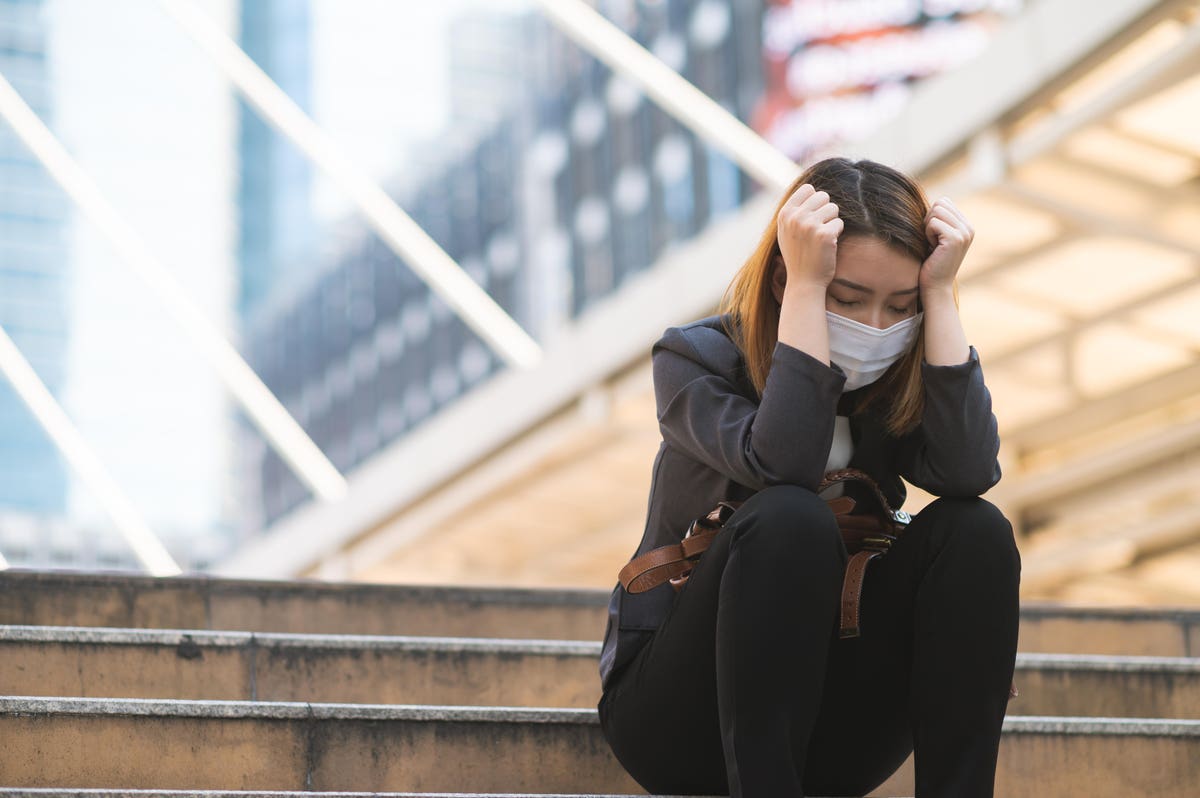 The COVID-19 pandemic has placed a tremendous mental strain on people around the world. In the United States alone, unemployment had reached nearly 15% by mid-April, with some forty-one million workers filing for unemployment.

Research from the University of Connecticut highlights how this perilous situation not only affects those out of work but also those in employment. A combination of job insecurity and the associated financial concerns combine to produce a growing prevalence of depression and anxiety.

“The impact the virus and the pandemic is having on the economy and employment is not surprisingly taking a big toll,” the researchers explain. “We definitely are seeing, within our employed participants, higher rates of anxiety than in individuals who indicated they were not employed.“

The researchers were able to control for a range of things, from income level to demographics to the health and COVID concerns of each participant. Despite all of this, job security and financial concerns were the main predictors associated with depression and anxiety.

Previous research that was undertaken during large-scale disruptions, such as pandemics or recessions, found a clear link between these events and deteriorating mental health, but the researchers believe their work is among the first to provide such a clear link between greater financial concern and greater anxiety.

It’s a finding that the researchers believe places renewed emphasis on the role of employers in caring for the mental wellbeing of their workforce, especially during a time when many will be furloughed or in other government support scheme, and therefore in a wholly uncertain situation with regards to the long-term viability of their job.

“Based on these findings, for those experiencing depressive symptoms during the pandemic, it may be particularly important for employers to be mindful and try to minimize feelings of uncertainty for the employees, as well as instilling hope or agency in employees,” the researchers say. “For those experiencing anxiety symptoms, employers could attempt to reduce financial concerns by allowing employees to continue to work (eg, telework), even with reduced hours and income, to ensure that employees do not lose their entire income.”

The strain COVID-19 is placing on our mental health has also been recognized by a recent survey from the professional social networking site LinkedIn. They weren’t so much focusing on the inherent job insecurity created by COVID, however, and more on concerns surrounding health and safety, especially in terms of returning to the workplace.

The survey found that 68% of executives say that employees are fearful about workplace safety, which is perhaps understandable given that just 24% of U.K. workers say they’d willingly return to the office when it reopens. Much of this fear is rooted in the worry that others won’t be taking safety guidelines as seriously as they should be, especially if the workplace will mandate a degree of proximity between colleagues.

Sadly, the survey doesn’t appear to reflect any great concern among executives about the mental wellbeing of the workforce and doesn’t even touch on the issues raised by the UConn research into job insecurity. This perhaps reflects why it is such a challenge, as if it’s not an issue that is even on the radar of executives, it’s unlikely to be an issue they will be doing anything to mitigate.

A third study, from Trinity Business School, explores who is most likely to be at risk from these COVID-related economic fears. It finds that young people and women were most likely to be considering suicide due to their economic situation during the pandemic.

The research chimes with previous work from the University of Oxford, which found that the already perilous position of young people has been exacerbated by the crisis, with the pandemic increasing inequalities that were already dividing this precarious generation. The paper highlights a number of areas of particular concern:

In a new paper, the Centre for Social Impact argue that supporting young people is more important than ever before, with the long-term impact of unemployment resulting from the shutdowns immense. The paper highlights that younger people are likely to face a significant impact on their employment prospects over many years unless action is taken.

The paper highlights how the youth labor market is typified by high levels of consumer-facing roles in sectors such as hospitality, fitness, and retail. What’s more, such jobs are often part-time or casual, and youth unemployment was already extremely vulnerable due to this.

“In December 2019 youth unemployment was already high at 11.5 percent, more than double the general population,” the researchers say.  “During the COVID-19 crisis, these characteristics of the youth labour market have meant young people are more susceptible to losing their jobs and also having their hours reduced, as businesses face an uncertain future.”

It’s well known that in previous crises, such as in 2008 and the early 1990s, unemployment tended to crowd the labor market after the recession, which made it extremely challenging for young people. As such, the authors believe governments should offer support to help young people back into secure work.

“Personalised support of our young people that can address multiple barriers to employment such as qualifications, transport, disadvantage, job readiness and communication skills is important,” they say.  “It’s also important for policy leaders to address the increasing casualisation of the workforce and ensure they support those who are most vulnerable.”

From the LinkedIn data, it’s not immediately clear that the precarity of many of their employees’ economic situation is something they’ve grasped, and only time will tell if the policy interventions introduced will render the hardship caused by this pandemic any different to past large-scale disruptions.