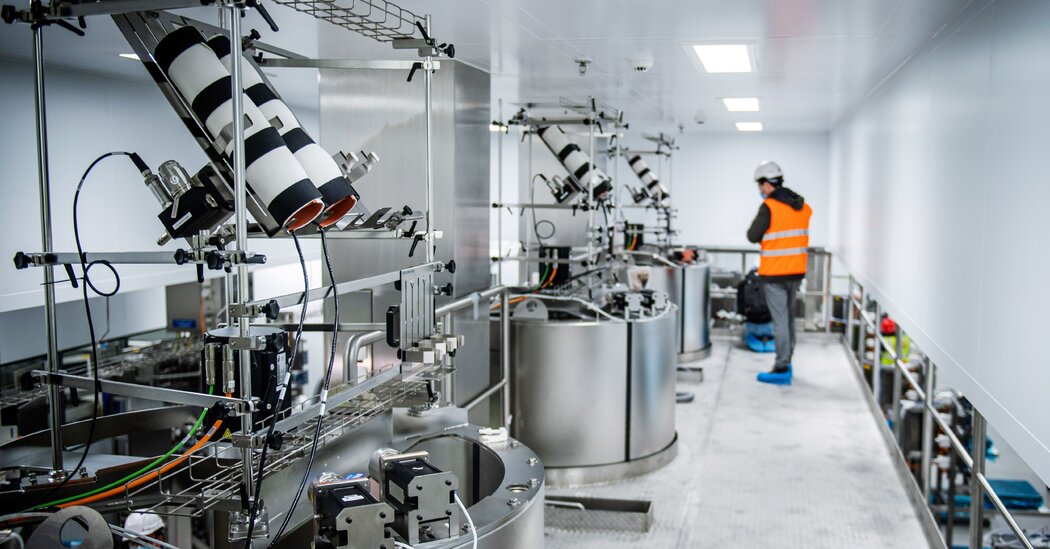 The Food and Drug Administration released updated, stricter guidelines on Tuesday for coronavirus vaccine developers — a step that was blocked for two weeks by top White House officials. The guidelines make it highly unlikely that a vaccine could be authorized by Election Day.

The move, which was cleared by the Office of Management and Budget, appeared to be an abrupt reversal a day after The New York Times reported that White House officials, including Mark Meadows, the chief of staff, were blocking the guidelines.

The new recommendations, which do not carry the force of law, call for gathering comprehensive safety data in the final stage of clinical trials before an emergency authorization can be granted.

On Tuesday evening, President Trump showed his displeasure at the action of his own White House, and charged that the new guidelines were a conspiracy against his reelection prospects.

“New F.D.A. Rules make it more difficult for them to speed up vaccines for approval before Election Day. Just another political hit job!” he tweeted, tagging Dr. Stephen M. Hahn, the F.D.A. commissioner.

Since the start of the coronavirus pandemic, the F.D.A. has said that it has been seeking ways to accelerate the development of vaccines without sacrificing safety. In June, the agency released an initial set of guidelines to give vaccine developers a better idea of how the F.D.A. would decide if a vaccine were acceptable, either for an emergency use authorization or for a full license.

Four vaccines have reached the final stage of testing, known as a Phase 3 trial, in the United States. A fifth is expected to start this month. President Trump has repeatedly suggested that a vaccine would be ready by Election Day, if not before.

But with public confidence declining in opinion polls about what could be a rushed coronavirus vaccine, the F.D.A. submitted a new set of guidelines to the White House for approval on Sept. 21.

Among the recommendations, the agency advised vaccine makers to follow volunteers for a median of two months after the final dose. The F.D.A. also expected vaccine makers to document five cases of severe infection in people who received the placebo instead of the vaccine.

The F.D.A. submitted the guidelines to the Office of Management and Budget for approval more than two weeks ago, but they stalled in part because of Mr. Meadows’s involvement, according to a senior administration official and others familiar with the situation.

The White House objected that the guidelines would add more time before a vaccine could be authorized. In a conversation with Dr. Hahn days after the guidelines were submitted, Mr. Meadows said the recommendations amounted to changing the rules on drugmakers in the throes of clinical trials, according to one senior administration official. He also suggested that Dr. Hahn was overly influenced by career scientists, who had drafted the document, the official said.

Trump administration officials have the authority to intervene with such nonbinding documents, partly because of a 2019 executive order that tightened restrictions over their issuance.

The F.D.A., however, continued to share parts of this guidance with vaccine developers in response to questions they submitted to the agency.

“We’ve made it clear that we want to see a median of about two months of follow-up for any of the vaccines that comes in,” Dr. Peter Marks, the F.D.A.’s top regulator for vaccines, said in an interview on YouTube on Friday.

On Tuesday, the F.D.A. published the guidelines at the end of a document the F.D.A. prepared for the meeting on Oct. 22 of the Vaccines and Related Biological Products Advisory Committee. The committee will be discussing the development, authorization and licensing of Covid vaccines.

In a statement Tuesday, the drug industry’s largest trade group, the Pharmaceutical Research and Manufacturers of America, said it supported “any efforts by F.D.A. to provide clarifying guidance.”

“We have engaged with the agency to support bringing greater transparency to the review process for COVID-19 vaccines,” the statement said. “We welcome the agency’s efforts to instill confidence in the rigorous safety of these potential vaccines.”