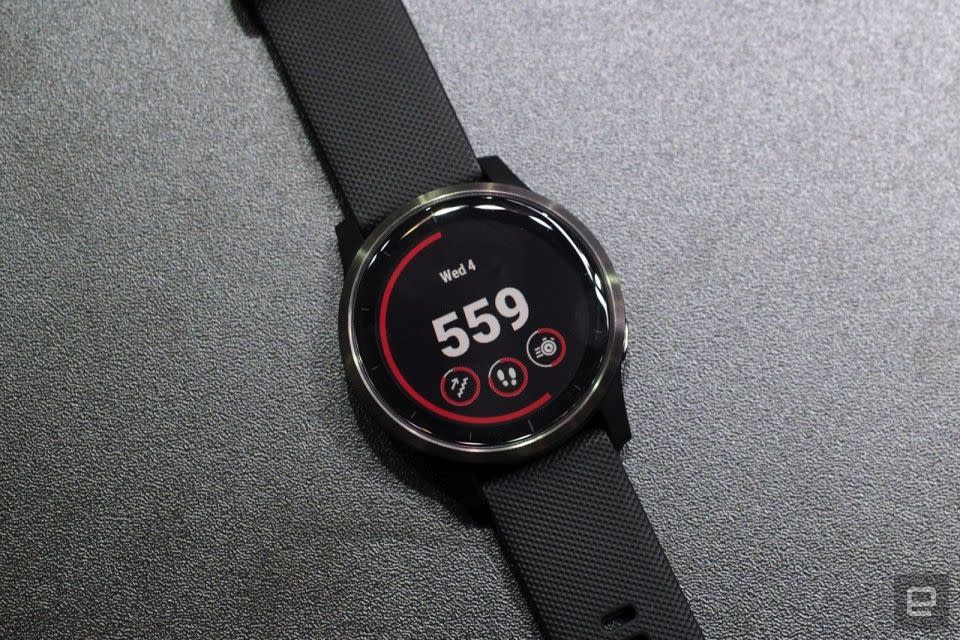 If you’re starting up a new fitness regimen, a smartwatch can help you stay on track and monitor your progress. But wearables can get expensive as you pile on the features. Luckily, Prime Day 2020 has a handful of good deal on smartwatches we actually like, specifically those made by Fitbit and Garmin. There are plenty of other fitness trackers on sale during the shopping event, but we recommend staying away from knock-off brands when it comes to devices that track your health and fitness. Check out the list below for the best deals on some of the most capable fitness gadgets you can get right now.

The previous generation Versa smartwatch drops to a new all-time-low price of $127.95 for Prime Day. Fitbit announced the Versa 3 at the end of August which adds a built-in GPS and a few other software features, but the Versa 2 remains a good smartwatch for those on a budget. We gave the Versa 2 a score of 75 for its comfortable design, accurate sleep tracking and long-lasting battery.

The multipurpose Vivoactive 4 falls to $199 for Prime Day, which is $100 off its normal price. It’s one of Garmin’s midrange smartwatches that’s packed with features including blood oxygen tracking, onboard music storage and GPS, a plethora of workout profiles, an 8-day battery life in smartwatch more and more.

The Forerunner 645 Music is on sale for $219.99, which is roughly $80 off its normal price. Designed for runners, the 645 Music lets you download tracks and playlists so you can listen without having your smartphone and it also tracks running metrics like ground contact time balance, stride length and vertical ratio. You can also connect accessories like a foot pod to collect even more training data.

Fitbit’s Aria smart scale is now only $34.95, which is 30 percent off its normal price. You don’t have to have a Fitbit wearable to use the scale — anyone can use it to monitor weight differences over time. It connects via Bluetooth to your smartphone, transferring data to the Fitbit app where you can keep track of it.

Get the latest Amazon Prime Day offers by visiting our deals homepage and following @EngadgetDeals on Twitter.