By Simon Jones for MailOnline

Terence Kongolo’s proposed move from Huddersfield Town to Sheffield United is understood to have hit a hitch following medical tests.

The 26-year-old defender has only just recovered after missing most of the year with a broken foot that required metal re-enforcement. That metal work had to be removed again before he could resume playing.

Sheffield United manager Chris Wilder confirmed his interest in signing Kongolo as a potential replacement for the injured Jack O’Connell and a deal had looked likely over the weekend. However, medical tests are understood to have raised concerns over when Kongolo was ready to play at full fitness again. 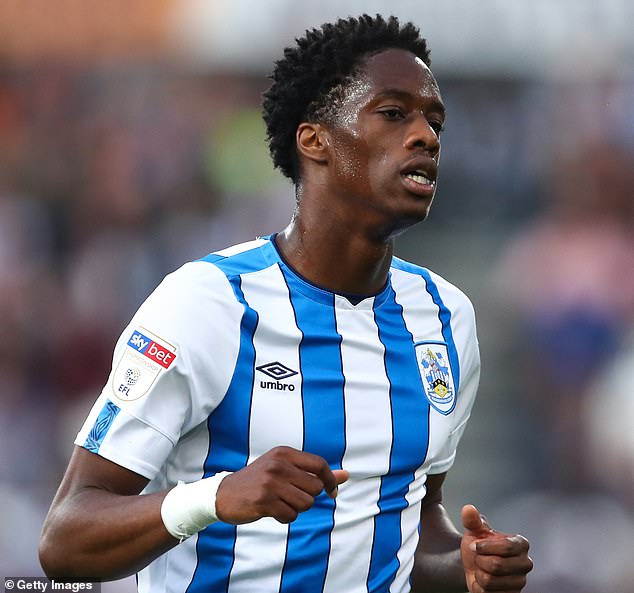 The Dutchman picked up the injury while on loan at Fulham and they have also been among the clubs keen to sign him.

Talking about the injury back in February, then Huddersfield manager Danny Cowley explained: ‘Terence went on in the Blackburn game with about eight minutes to go, he jumped and won a header but when he landed on his foot there was a problem.

‘In the foot there are many, many different bones and between these there are ligaments.

‘Unfortunately, Terence took a heavy landing on one of those bones and ligaments and he’s had to have a piece of metalwork put in which, hopefully, will resolve the issue.

‘He will then need that metalwork to come out before he is able to play again, so it is going to be a lengthy one.

‘We are hoping he will be available for the start of next season – that is certainly the aim – but it is a disappointment to everyone.

‘You feel for Terence because he had just gone to Fulham, who are in a good position and he would have wanted to affect them while on loan.’