Nepa, a leading Consumer Research and analytics company, providing insight solutions to drive brand and sales by increasing marketing effectiveness, did a prelude of changing consumer behaviour during COVID in the last quarter. The report addressed the changing consumer patterns across categories relevant in current times and how consumers are tackling the lockdown on the emotional front. The consumer insights firm recently conducted a quantitative survey to understand how the audience is preparing for the festive season this year. The OND 2020 is crucial equally for brands & agencies given the festive spends.

But the dynamics are so different this year with the pandemic. Are the consumers excited about the key festivals? In the Consumer Narrative report released during the early stages of lockdown, Nepa talked about ‘Conscious Shopping’ where consumers were looking at purchases centred around basic necessities of grocery, health & hygiene factors. Over the last 6 months,


MONTGOMERY, Ala. – Alabama’s Black Belt counties have less physical access to health care options and the state overall is suffering poor health outcomes, according to a recent report released by the University of Alabama’s Education Policy Center.

The EPC’s definition of the Black Belt includes 24 counties, and Monday’s report, “Health Care: A Key Challenge in Alabama’s Black Belt,” said 17 of them have fewer than the statewide average of 3.9 hospital beds per 1,000 people.

“These data suggest that the Black Belt is largely underserved in terms of health care,” the report says. “Specifically, it indicates that Black Belt residents lack physical access to health care, i.e. the nearest hospital or

This report evaluates the current industry trends in HIE products and services. It also identifies the key vendors and their strategies. The report also answers the basic questions: What is an Electronic Healthcare Record (EHR)?, What is an EHR database?, and Why is there a need for an HIE?

Simply stated, an Electronic Health Record (EHR) is a digital version of a patient’s paper chart. While many leading companies are increasingly moving towards digital retention of records via EHR databases, information is typically available only within a closed system. In other words, medical facilities that are not part of the same group often cannot exchange data between their EHR systems. 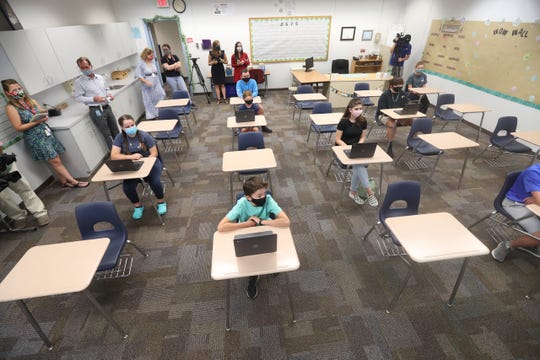 The Lee County School district held a staged simulation for members of the media of what school will look like with volunteer students and staff from The Alva School on Wednesday August 5, 2020. The district has implemented safety protocols to keep students safe in the midst of the COVID-19 pandemic. Some of those protocols include social distancing, in the hallways and classrooms and required face masks. They also have an isolation room for students who show signs of COVID-19 during the school day.  (Photo: Andrew West, The News-Press-The USA Today Network)

Positive cases of COVID-19 will no longer be posted every morning to the Lee County school system’s website.

On Tuesday, the district replaced its online dashboard that tracked positive cases in the public school system with a link to a Florida Department of Health report. The data lists out COVID-19 cases tied to public and private schools,

A screenshot of an official coronavirus report has been used to wrongly suggest that data on COVID-19 and influenza are now being combined in England.

In this particular report, one line reads: “This will be the last COVID-19 surveillance report, as of 8 October 2020, the information in this report will be published in a combined Weekly flu and COVID-19 Surveillance Report on GOV.UK.”

This line has since been used to illustrate the Facebook users’ claims that PHE has decided to combine COVID-19 and influenza figures, with one person specifically asserting – falsely – that this would “create one statistic”.

Another said: “What do

The department issued a public health alert Monday afternoon, warning people that they might have been exposed to the novel coronavirus if they visited the Brown Jug on Oct. 1-3 or Oct. 6, or Chapala Mexican Restaurant on Oct. 1.

Health officials urge anyone who was at either the Brown Jug, 1204 S. University Ave., or Chapala Mexican Restaurant, 211 N. Main St., on those dates to monitor themselves for symptoms, stay away from others for 14 days and seek COVID-19 testing. After testing, people should continue avoiding contact with others while they await test results.

The Brown Jug is a bar-hopping staple for students at the University of Michigan Ann Arbor, while Chapala Mexican Restaurant is a new spot. Both restaurants are located downtown.

“In most situations, we can

Outbreaks of coronavirus in schools, workplaces and other facilities are driving the surge of new COVID-19 cases in Illinois, some of which have not been publicly identified, according to a new study.

The study from journalists at the Brown Institute for Media Innovation and the Midwest Center for Investigative Reporting published in USA Today indicates that individual clusters of coronavirus infections are primarily responsible for the latest wave of new COVID-19 cases vexing public health officials in the state, with several outbreaks occurring at correctional facilities and a major military base.

The second-largest outbreak identified by the study, which until now has not been reported to news organizations, is occurring at the Great Lakes Naval Base in Lake County, Ill., where 228 new cases of COVID-19 have been identified over the past month according to confidential data recorded by Illinois officials and obtained by the study.

The number of cases 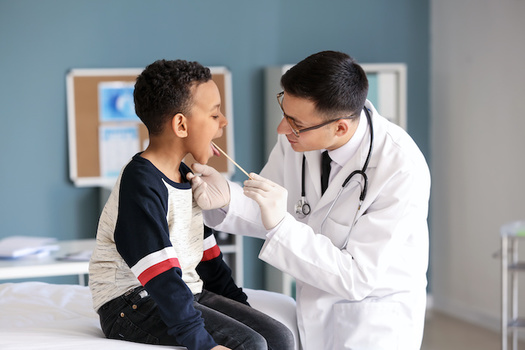 ANKARA, Turkey (AP) — Turkey will start to report its total number of coronavirus cases later this week, the country’s health minister said in an interview published Sunday, after Ankara was criticized for only releasing figures for patients showing symptoms of infection.

Fahrettin Koca told the newspaper Hurriyet that asymptomatic cases would be included in Turkey’s published data from Oct. 15, which would be shared with the World Health Organization.

Last month, the minister revealed Turkey had been publishing only the daily number of patients displaying symptoms of COVID-19. This led to criticism from medical groups and opposition parties that had long questioned the

President Trump considered staging his own Clark Kent moment as he exited last week from Walter Reed National Military Medical Center by ripping open a button-down to reveal a Superman T-shirt underneath, according to The New York Times.

The Times reported on Saturday that during several phone calls from inside the hospital last weekend, Trump shared the idea of appearing frail when he emerged from the facility then exposing the Superman t-shirt underneath his top layer, which he described as a symbol of strength, according to sources with knowledge of the conversations.

Trump reportedly spoke about the idea on multiple phone calls. In the end, the president did not going along with the move.