In September, the Texas Board of Education rejected a proposed sex education curriculum that would have taught middle and high school students about sexual orientation and gender identity. If the final vote in November doesn’t reverse that decision, advocates say it could have significant health consequences for young people.

Ruben Cortez, a Brownsville Democrat, introduced the proposal in part because he has a personal connection to the topic. “One of my children this summer came out to us and the fact that she had to bottle that in for years thinking that we wouldn’t accept her,” he said, according to the Texas Tribune. “It’s difficult to imagine what other students who don’t live in a tolerant house would go through if

Published an hour ago 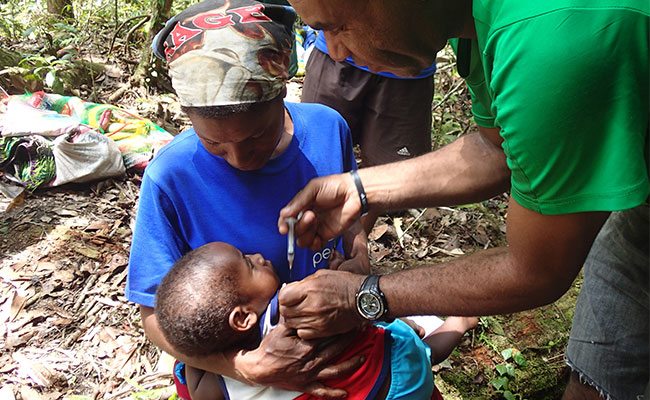 Tetra Tech’s Amy Gildea explains how an understanding of the social economy, politics, and culture in Papua New Guinea (PNG) is crucial to improving health outcomes on the island in the Western Pacific. In this post, Amy, the managing director of international development, Asia Pacific for Coffey, a Tetra Tech Company, explains that health and development programs need to be designed smarter and in a way that considers all the drivers of change.

PNG has historically been of key strategic importance for Australia. As the country’s closest neighbor, PNG has represented a key line of defense by maintaining a social and political balance between Australia and the South Pacific region. As a result, successive Australian governments have attempted to support—through financial, social, and other schemes—the development, advancement, and stability of PNG’s political systems, society,

A University of Waikato study has found that transgender people who have experienced stigma, including harassment, violence, and discrimination because of their identity are much more likely to have poor mental health outcomes.

Based on the responses of 1,178 people who completed a national Aotearoa/New Zealand survey, the findings published in the International Journal of Transgender Health, also show that over half (51%) of transgender people had been discriminated against for being transgender.

A team of experts from Waikato, and the University of Otago, assessed the results of the 2018 ‘Counting Ourselves’ survey – a nationwide community-based questionnaire of transgender people living in Aotearoa/New Zealand.

Specifically, the team analysed the extent that stigma and discriminatory experiences alongside protective factors such as the support of friends, family, neighbours and communities, are related to the mental health of transgender people in Aotearoa/New Zealand.

The results reflect data collected during the calendar year 2019. Value-based care is patient-centric and is aimed at improving health outcomes. Humana has been constantly tying up with local companies, which have the same commitment to serve communities with quality healthcare. Value-based care models include integrated care delivery.

Humana individual Medicare Advantage members also benefited from preventive screenings. With the aid of these plans, Humana MA members stayed within the comforts of their homes instead of hospitals. In fact, Humana MA members enjoyed healthcare at lower costs. Had the company’s MA members been under the Original Medicare’s fee-for-service model instead of value-based agreements, then they would have

The tie-up is expanded considering the goals outlined in the 21st Century Cures Act, according to which patients with ESRD are able to enrol in the Medicare Advantage plans and with federal initiatives that require fast diagnosis and treatment of kidney disease, decline in American patients with ESRD and support for treatment options.

Per the old deal, FMCNA offers specialized care coordination services for Humana members with CKD in Iowa, Kentucky and North Carolina. But the recently signed deal boosts the

In a year where healthcare and wellness took precedent in all of our lives, Apple’s
September keynote – where the company reveals new products and services – had the same focus. The big news centered around two key announcements: the launch of the Watch Series 6 and a new fitness service called Apple Fitness +.

These announcements demonstrate Apple’s continued activity in the more than $4-trillion-dollar global wellness market. However, when examined as part of a series of investments in research and partnerships with healthcare organizations, Apple’s new products signal a bigger play. The company is poised to take a bite from an even larger industry slated to be valued at more than 10 trillion dollars by

Gov. Ned Lamont and transportation officials gathered Monday in Bridgeport to celebrate the launch of the first two battery-electric mass transit buses in the state.

Holcomb said the buses, which were built in South Carolina, fulfill the transit authority’s mission to reduce traffic, fuel consumption and air pollution from emissions.

“This is the first in what we expect to be a steady stream of electric buses,” Holcomb said.

Other cities around the state could also be following suit.

SGM populations represent diverse individuals who suffer from a variety of health disparities. Unique forms of stress resulting from discrimination and prejudice targeting SGM identities are at the heart of these disparities, and drive poor health outcomes and risky health behaviors.

“Heterosexism operates as a system of interrelated cultural, legal and social structures that assume compulsory heterosexuality, and marginalize and penalize those who don’t conform to that expectation, thus perpetuating inequality” says Hequembourg, whose research focuses on understanding why SGM individuals are at risk for experiencing adverse health outcomes.

“Sexual minority stressors, such as repeated exposure to daily micro-aggressions and prejudice, are rooted in

Medical diagnosis used to be simpler, or so it seemed. We thought there were fewer diseases and fewer treatment options. Greater mortality was just a fact of life. Today, there are nearly 70,000¹ known diseases, a few thousand drugs to treat them, and literally millions of possible combinations.

While physicians do a great job of diagnosing illness and prescribing the right treatment, they are not perfect. Statistically speaking, every person will experience a diagnostic error at least once,² sometimes with grave consequences for both the patient and the physician³.

While AI in medicine conjures images of a science fiction future, it is already helping doctors